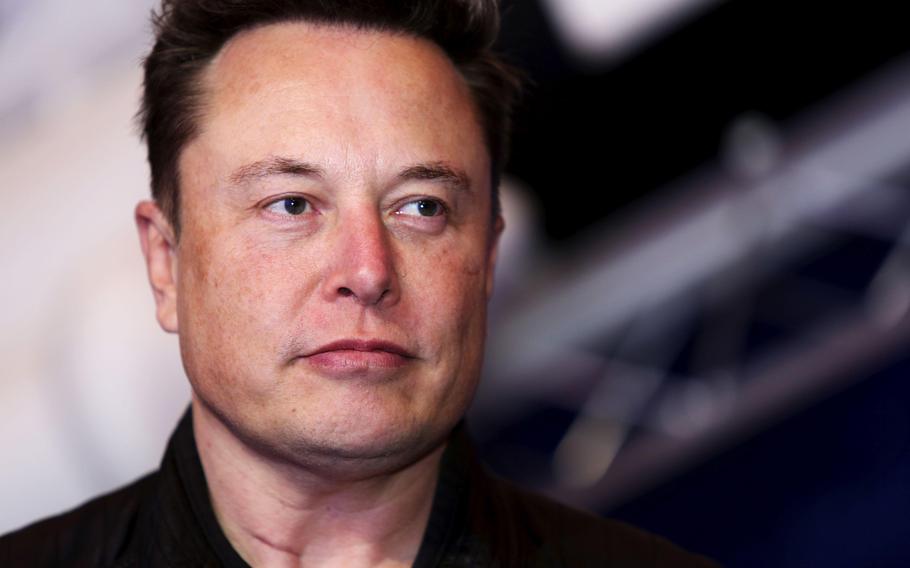 SAN FRANCISCO — Elon Musk said he would reverse Twitter’s ban on former president Donald Trump, articulating for the first time his stance on one of the most consequential decisions before him at the social media site he is acquiring.

“I do think it was not correct to ban Donald Trump. I think that was a mistake,” Musk said at an event Tuesday hosted by the Financial Times. “It alienated a large part of the country and did not ultimately result in Donald Trump not having a voice.”

The ban, he added, “was a morally bad decision, to be clear, and foolish in the extreme.” Twitter had banned Trump’s account shortly after a mob of Trump supporters stormed the U.S. Capitol on Jan. 6, 2021, citing the “risk of further incitement of violence.”

Musk — one of Twitter’s most prolific users, with more than 90 million followers — has agreed to purchase the social media company for roughly $44 billion, arguing that the site should host unfettered free speech and function as a “de facto town square.” He has broadly criticized Twitter’s content moderation decisions, arguing that the company’s permanent bans for rule-breaking accounts should have instead been temporary removals, so as not to suppress their use of the site long-term.

Musk’s decision to un-ban Trump would not only overturn one of the most significant and widely debated corporate rulings in American tech. It could also hand the former president back a megaphone he had used for years to capture the world’s attention — and shout down his adversaries — at a moment when he is boosting allies during the 2022 midterm elections and preparing for an expected presidential run in 2024.

Musk acknowledged Tuesday that the Twitter deal was not yet complete and that there were still issues to be worked out. But even if he does acquire the company, it’s unclear if Trump would rejoin.

The former president has no plans to do so and has not talked to Musk, though he agrees with Musk’s summary of the episode, said a Trump adviser on Tuesday who spoke on the condition of anonymity because they were not authorized to discuss the issue.

Trump advisers have worried that if he did rejoin Twitter, he would instantly depress the value of his company’s recently launched Twitter clone, Truth Social, which has struggled to gain an audience and counts on Trump as its biggest draw.

But Trump only has about 2 million followers on Truth Social — a tiny shred of the 88 million Twitter followers he lost — and he has voiced annoyance that his messages don’t get as much attention as they used to, his advisers have told The Washington Post. Trump’s aides still print out tweets from notable politicians and journalists for him to read, and he still sees it as a quick and punchy way to reach the news media and the public at large.

“He loved his Twitter,” one Trump adviser told The Post last month. “Don’t let anyone tell you otherwise.”

Trump was once a hyperactive Twitter user, tweeting an average of 58 times a day during his first impeachment, and during his campaign and presidency, he used the tweets to great effect to rile up his supporters and dominate political debate. A month before the Capitol riots that preceded his Twitter ban, he had tweeted, “Big protest in D.C. on January 6th. Be there, will be wild!”

Musk, who is CEO of electric carmaker Tesla and rocket company SpaceX, began investing in Twitter this year and spent much of March opining on the necessity of an open forum — less restricted by moderation — on social media, at one point asking whether a new platform was needed. By April, as Musk’s investment became public, his interest in Twitter became clear.

He has seized on the platform’s importance to democracy and global debate and criticized what he has described as a left-wing bias in moderation decisions. Twitter has countered that its efforts have been aimed at minimizing harm and improving the user experience by limiting exposure to hate speech and harassment.

Musk said Trump’s move to Truth Social was evidence of the failure of the permanent-ban policy, which he said could lead to debate becoming further polarized, and he has argued that the bans should be reserved for the most egregious rule violators, including bots and scam accounts.

“This could end up being frankly worse than having a single forum where everyone can debate,” Musk said. When asked whether Trump’s behavior merited action, Musk said, generally, “a temporary suspension is appropriate but not a permanent ban.”

“Banning Trump from Twitter didn’t end Trump’s voice — it will amplify it from the right,” Musk said. “This is why it is morally wrong and flat-out stupid.”

But Musk’s claim does not match the reality of the Twitter ban’s impact. Online discussion about Trump actually plunged after the ban to a five-year low, according to data from the online analytics firms BuzzSumo and Zignal Labs.

Trump was banned just before he exited the White House, limiting his ability to influence current events. But his first attempt to match his online audience after the Twitter ban — a blog he called “From the Desk of Donald J. Trump” — was so unpopular he ordered his advisers to end it after 29 days.

Trump has urged people to use Truth Social, which he has actively started posting to in the last week, dispensing more than 50 “truths” and “retruths” — the site’s names for tweets and retweets. But his engagement there is still small compared with his lost Twitter presence, where many of his tweets often received hundreds of thousands of likes, retweets and responses.

Musk’s argument that Trump was wronged by Twitter’s rules has aligned with Trump supporters and some free speech advocates who argue that the tech company unfairly censored a political leader and contradicted its mission to support free expression.

Jameel Jaffer, director of the Knight First Amendment Institute at Columbia University, tweeted Tuesday, “It’s best for our democracy if social media platforms like Twitter play as limited a role as possible in deciding the boundaries of acceptable political speech.”

Twitter co-founder Jack Dorsey tweeted in agreement, saying that “permanent bans of individuals are directionally wrong.” Last January, he had argued the opposite, saying the ban was “the right decision for Twitter” in “an extraordinary and untenable circumstance” that forced the company to focus on reducing the real threat of “offline harm.”

Supporters of the ban argue that the company is fully within its rights to remove posts or accounts whose tweets incite violence, promote harassment or spread lies — and that no one, regardless of their political influence, should be above the law.

On internal company Slack channels, Twitter employees reacted Tuesday by saying they weren’t surprised, and were disappointed and disgusted, according to a description of the conversations from a person who spoke on the condition of anonymity to discuss sensitive matters. Employees said users should have paths to redemption to get their accounts reinstated but that Trump had not signaled any behavior or mindset change.

The Washington Post’s Elizabeth Dwoskin contributed to this report.