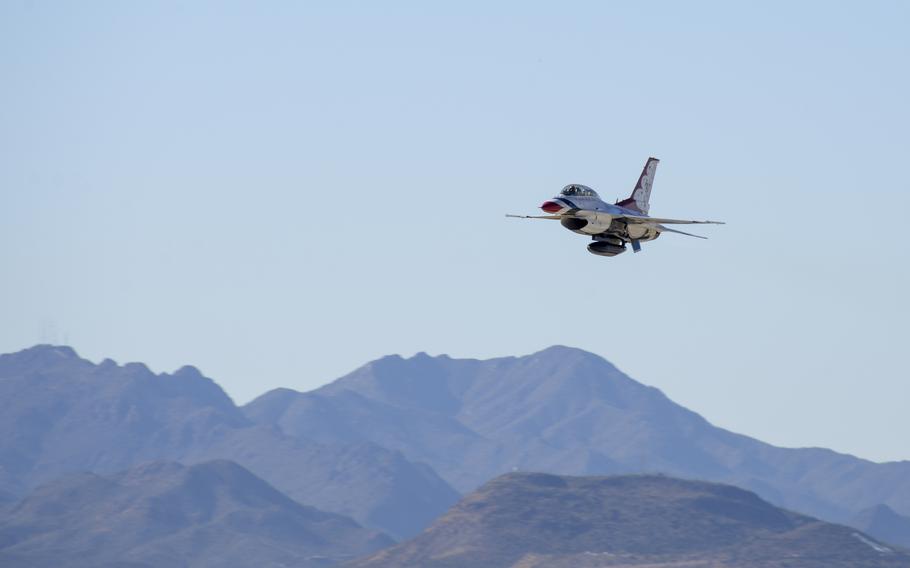 The Air Force has extended until June 3 a public-comment period on scoping for a draft environmental impact statement on the proposed changes, after announcing in January the intent to publish a draft statement and initially accepting comments through a scoping period ended March 4.

The Air Force said the comment period was extended in response to public and stakeholder input, including comments gathered at six in-person meetings held in affected communities in February.

The Air Force says the changes to the special-use airspaces called Military Operations Areas, or MOAs, are needed to optimize training conducted by units at Davis-Monthan Air Force Base, the Morris Air National Guard Base at Tucson International Airport and Luke Air Force base near Phoenix.

The proposed changes would affect the adjacent Sells, Ruby and Fuzzy MOAs, stretching southwest of Tucson from Interstate 19 to near Ajo; the Tombstone MOA, over the southeast corner of Arizona and southwest corner of New Mexico; the adjacent Bagdad and Gladden MOAs northwest of Phoenix; and the Outlaw, Jackal, Morenci and Reserve MOAs, which together stretch across a huge swath of east-central Arizona into New Mexico.

Besides allowing supersonic training flights at lower levels in five of the MOAs, the proposed changes include extending flying hours until midnight in several areas; lowering some flight floors; adding about 750 square miles to the Tombstone MOA and allowing the release of decoy metallic “chaff” there; and allowing flares to be launched at lower altitudes in some areas.

The Air Force is due to issue a draft environmental impact statement in fall 2023, and after further public comment and review, issue a final statement by summer 2024.