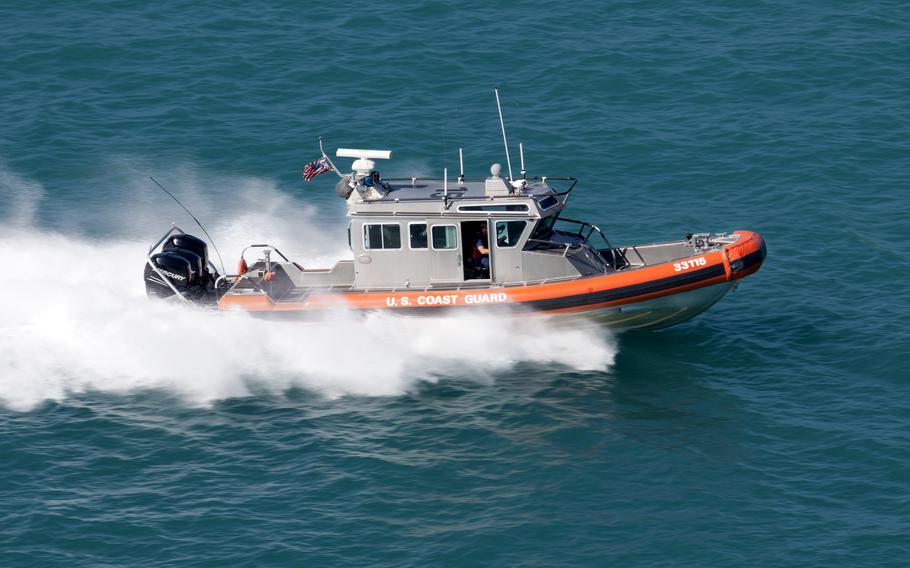 The U.S. Coast Guard stopped more than 80 migrants off the Bahamas and the Florida Keys last week. (Dreamstime)

MIAMI (Tribune News Service) — The U.S. Coast Guard stopped a total of 84 people from Cuba migrating by sea off the Bahamas and the Florida Keys last week.

A Coast Guard cutter, the Paul Clark, returned the people to Cuba on Wednesday, the agency said.

They were stopped on the ocean between Sunday, April 17 and Tuesday, April 19. One group was 23 miles southwest of Cay Sal in the Bahamas.

The other four groups were interdicted in various areas off the Middle Keys, according to the Coast Guard.

South Florida is in the midst of a surge in maritime migration from both Cuba and Haiti.

More Haitians are taking to the seas to flee increasing violence and political instability than at any other time since 2004. The Coast Guard said it’s stopped 3,519 people since the beginning of October.

Additionally, more Cubans have been stopped at sea between the island nation and South Florida since the fall than at any other point in more than five years, according to the Coast Guard.

So far this fiscal year, which begins Oct. 1 and ends in September, the Coast Guard said its South Florida-based crews have interdicted 1,446 people from Cuba.

That number is almost on course to surpass the 1,468 people stopped in all of fiscal year 2017. It was the final year of the so-called “wet-foot, dry-foot” immigration policy, which incentivized maritime migration from Cuba because those who stepped foot on U.S. soil were allowed to stay and apply for permanent residency after a year.

Cubans caught on the water were returned under the policy.

After the Obama administration ended wet-foot, dry-foot, maritime migration from Cuba dropped year-by-year to the point where by fiscal year 2020, the Coast Guard only caught 49 people trying to make the dangerous journey across the Florida Straits. Experts on Cuba say deteriorating political and economic conditions within the communist country are behind the latest surge.