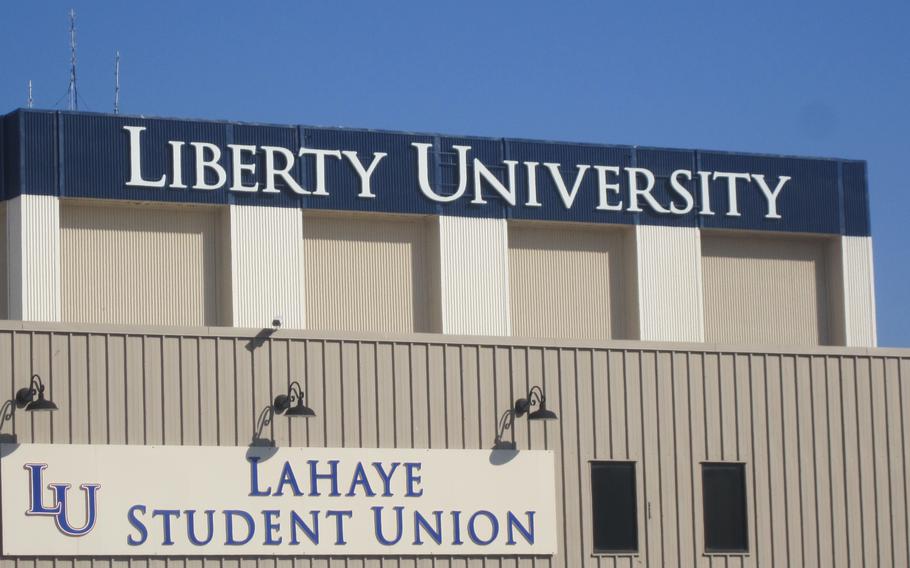 At a time when Liberty University is already under scrutiny for its handling of reports of sexual assaults, a former student has come forward alleging that the school failed to investigate her claim of rape — and retaliated against her for reporting it.

The lawsuit claims that the school has a pattern of weaponizing the student code of conduct against victims of sexual assault by leading them to fear that reporting an incident will get them in trouble for violating campus rules.

The complaint, filed in U.S. District Court for the Western District of Virginia on Wednesday afternoon, alleges that the anonymous plaintiff was locked into her room, raped and sexually assaulted by a fellow student in April of last year. The lawsuit claims the university failed to investigate, take action or protective measures, and launched an inquiry into whether the plaintiff, then a junior at Liberty, had violated the school's code of conduct.

The university's actions violated the federal Title IX law prohibiting discrimination based on sex at schools that receive federal funding, the lawsuit alleges.

A spokesperson for the university said in an email, "The university has not reviewed the lawsuit and therefore declines to make a specific, public comment on the suit at this time. Liberty University will certainly address these claims in court."

Attorneys for the plaintiff said they hope the lawsuit will compel changes that make campus safer.

"Instead of ensuring Jane Doe's safety, Liberty engaged in classic victim-blaming, compounding her trauma," said Erika Jacobsen White, one of the attorneys.

Liberty, a private university in Lynchburg, Va., has been a powerful center for evangelical and conservative Christians, a place with a national reputation and considerable political clout.

Last year, the university faced complaints about its policies.

In July, 12 women filed suit against Liberty, claiming the school not only failed to help them after they reported sexual assaults or sexual misconduct but made the university more dangerous through its responses. One of the anonymous plaintiffs claimed in that complaint that, at the time of her attack, when she was 15 years old, she was warned by the campus police that she would be criminally charged with filing a false report — and later learned that her attacker pleaded guilty in 2016 to the abduction and killing of two Virginia college students.

At the time, Liberty officials said the allegations were "deeply troubling, if they turn out to be true," and wrote that they had invested in staff and programs to help victims of sexual assault and had an amnesty provision to encourage students to make reports without fear of disciplinary repercussions.

In November, Virginia's senators called for a federal investigation into the university's handling of sexual misconduct claims.

This week, Drew LaFramboise, an attorney for the new plaintiff, said, "Liberty has knowingly created and fostered a culture where sexual violence is ignored or swept under the rug, and far too many students have suffered as a result."

According to the complaint, the plaintiff tried to escape her attacker through a window, tried to fight him off, and texted a friend for help. She went to a hospital within a few hours of the rape and filed a police report, according to the lawsuit, and several days later asked professors for academic extensions during finals.

The lawsuit contends that university officials did not provide academic accommodations that semester or inform the campus community of the assault.

A spokesperson for the U.S. Department of Education said the Federal Student Aid office, which administers the Clery Act that requires universities to report on crimes, "does not comment on institutional oversight activities, program reviews, or investigations — including the acknowledgment that they exist — until the outcome officially has been communicated to the institution."

University officials questioned the plaintiff about whether she had violated campus rules, known as "The Liberty Way," by attending social events where alcohol was consumed, according to the lawsuit. The assault took place after a party in an apartment building's pool and common area, the complaint alleges. The code of conduct prohibits "sexual immorality" and "inappropriate personal contact."

The plaintiff was put on academic probation in August, according to the lawsuit. The university did not investigate the incident that fall, the complaint alleges, but in December it notified the plaintiff that she was on academic suspension.

She submitted paperwork in an attempt to appeal the decision, writing that in the previous spring, "I couldn't go to school being I was scared out of my mind that I would run into" the other student.

She enrolled in another university, according to the lawsuit, to finish her college degree.