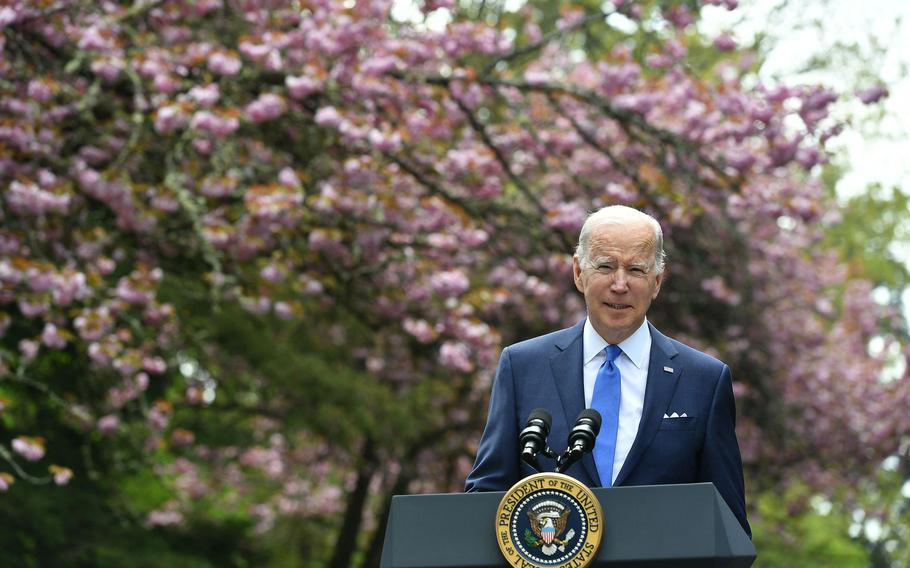 SEATTLE (Tribune News Service) — The city of Seattle cleared two homeless encampments within a few blocks of the Westin Seattle this week in anticipation of President Joe Biden’s visit.

Biden visited Seattle on Earth Day, in part to sign an executive order at Seward Park aimed at protecting old-growth forests from the ravages of wildfires. He also touched on ever-rising health care and prescription drug costs as a driver of booming inflation in a speech at Green River College in Auburn.

His visit caused traffic snarls around the county and large gatherings of people who wanted to see or protest the president.

It also spurred Mayor Bruce Harrell to remove about 15 people from the two downtown encampments where they had been living, according to Jamie Housen, spokesperson for the mayor’s office.

Housen said that the people living there were to leave so that the city could close the streets and limit access to sidewalks to ensure the safety of the president. The mayor’s office said that staff were unaware of Biden’s exact travel routes and timing.

Seattle Parks and Recreation staff gave two days’ notice that any remaining belongings must be removed by Thursday.

Housen said that nine tents and shelter structures were removed from Virginia Street to Olive Way between Sixth and Fifth avenues. Three people staying there left on their own and four others were referred to shelter by the city’s encampment outreach team.

Four tents were removed between Lenora and Virginia streets, from Fifth Avenue to Fourth Avenue. Four people there left voluntarily and two others were referred to shelters.

Several other encampments were also cleared this week, including one at Thorndyke Park. Housen said those were unrelated to Biden’s visit.

However, the reduced visibility of one of the region’s top issues rubbed some the wrong way.

Executive director of the Seattle/King County Coalition on Homelessness Alison Eisinger denounced the city’s decision to remove the camps.

She said the city needs a “better planned” and “genuinely helpful” approach to addressing encampments, and criticized Harrell’s approach. She said that residents of camps should be given more forewarning that the city plans to make them move, and that it disrupts homeless people’s ability to stay connected to social services.

“Attempting to justify these harmful actions because of a presidential visit is shameful,” Eisinger said.