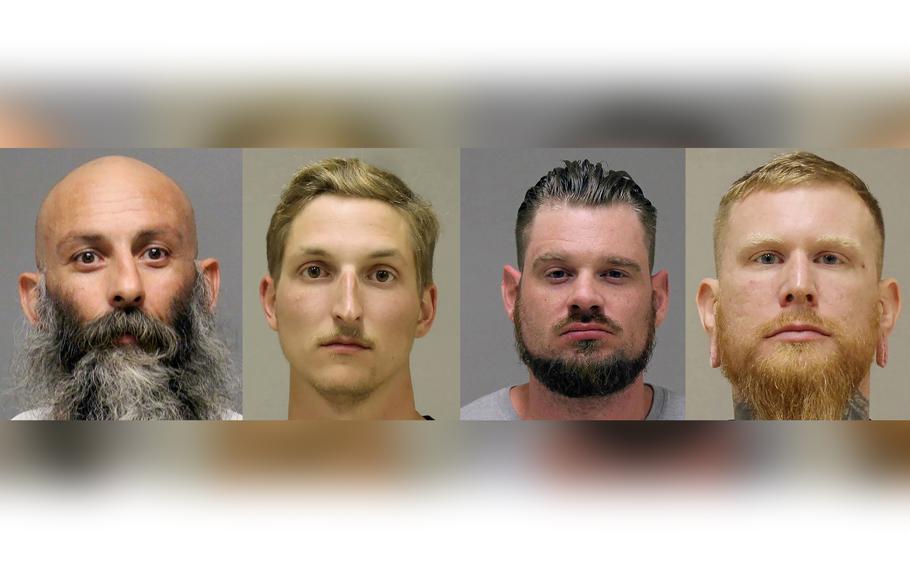 A jury acquitted on April 8, 2022, two of the four men accused in a plot to kidnap Michigan Gov. Gretchen Whiter and deadlocked on the other two. The defendants are from left: Barry Croft, Daniel Harris, Adam Fox and Brandon Caserta. Harris and Caserta were acquitted. According to reports on Saturday, April 23, lawyers for Croft and Fox are asking the judge to acquit them as well. (Kent County Sheriff and Delaware Department of Justice )

The requests from lawyers for Grand Rapids resident Adam Fox, 39, and Delaware trucker Barry Croft, 46, argued there is insufficient evidence to convict the defendants of kidnapping conspiracy or agreeing to use a weapon of mass destruction.

The requests came two weeks after jurors deadlocked following a 20-day trial in the largest domestic terrorism case in recent U.S. history. Two others — Lake Orion resident Daniel Harris, 24, and Brandon Caserta, 34, of Canton Township — were acquitted though prosecutors have vowed to retry Fox and Croft.

Defense lawyers spent months raising questions about FBI agent conduct and claiming that a team of investigators and informants orchestrated the conspiracy and entrapped the four men, a ragtag band of social outcasts who harbored antigovernment views and anger over restrictions imposed by Whitmer. 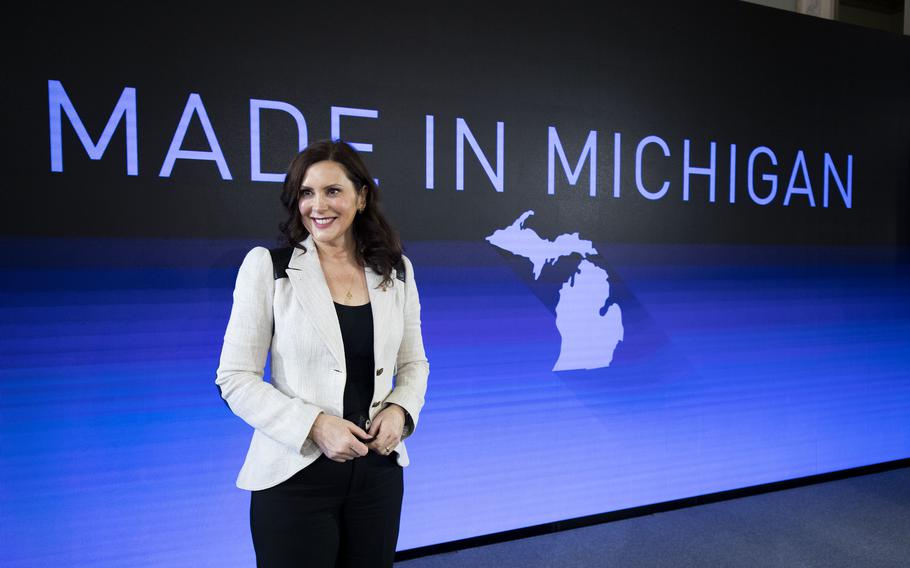 “The evidence presented at trial, even when viewed in the light most favorable to the government, did not establish that there was an agreement between Adam Fox and any of the other defendants to kidnap the governor or to purchase and use a ‘weapon of mass destruction’ in furtherance of that kidnapping,” Fox’s lawyer Christopher Gibbons wrote. “A government agent or informant cannot be a conspirator.”

The acquittals and deadlocked jury were a blow to a case that had been dogged by controversy and scandal. The defense had raised questions about the FBI’s conduct and use of informants, including the indictment of rogue FBI informant Stephen Robeson on a gun crime.

The defense alleged that FBI agents and informants had orchestrated the conspiracy and entrapped the men.

During the trial, Harris was acquitted of possessing an unregistered destructive device but deadlocked on the same charge against Croft.

Croft is entitled to an acquittal because the jury determined “either the device was not a ‘destructive device’ or that Mr. Harris did not know that the device was a ‘destructive device,” Croft’s lawyer Joshua Blanchard wrote. “It is not possible to logically determine which conclusion the jury reached, but either entitles Mr. Croft to an acquittal.”