RED SPRINGS, N.C. — Two drone demonstrations took place Wednesday at Emerging Technology Institute where attendees learned of drone technology that can be used to transport items like blood or supplies needed to soldiers on the battlefield.

The FVR-90 drone can travel up to 18,000 feet at speeds as high as 65 knots or close to 75 mph, according to Aaron Farber, a chief engineer for the Tactical Unmanned Aerial System Business Area at L3Harris. The drone can carry 20 pounds in its nose area and 10 pounds on each side.

"It's a vertical take-off fixed-wing hybrid aircraft that enables long-duration missions," he said.

The aircraft can travel up to 16 hours.

The Griff 135 can lift up to 100 pounds and travel 60 mph for 10 miles, according to Lyle Chamberlain, chief Technology Officer at Near Earth Autonomy.

The drones use cameras and scanning lasers to self-land and ensure "safe departures and approaches," he said.

The drones and autonomous flight software are part of a project funded by the U.S. Department of Defense, according to James Freeman, CEO of ETI. The project is in phase 3 and the department is seeking military buy-ins. The Wednesday event sought to showcase new technology and offer training for military members.

The project includes drones that can carry supplies like blood, a transfusion set, bandages and a hemorrhage control kit to soldiers at war.

Sometimes in a firefight, soldiers can't get a helicopter in safely to help the wounded, said Joe Campbell, chief Technology Officer at ETI.

Often, wounded soldiers lose their lives because of losing blood. But the use of drones can help save the lives of wounded soldiers and civilians by delivering needed medical supplies at the request of a medic, he said.

"Now, we don't have to risk an aircraft," Campbell added.

He also said drones can be used in other ways to aid soldiers.

More than 30 people were present at the demonstrations at ETI Wednesday including U.S. Army members. Presenters from L3Harris and Near Earth Autonomy explained to soldiers and attendees the use, flights and maneuvers of the drones during the event.

U.S. Army Col. Jim Czarnik has served his country for more than 30 years. Czarnik said he has seen gaps and needs in the last 20 years of combat.

"The demonstration today illuminates the Department of Defense's continued investment in advanced technology to meet those gaps," he added.

Czarnik said he feels like the concerns of soldiers are being heard through the drone projects.

"This is very reassuring to me that the issues and problems that we've faced throughout the last 20 years are actively being addressed," he said. "... And all these efforts are focused on taking care of the warfighter, the person on the ground."

"I think it is amazing," Whiteaker said. "And the real power of it is bringing together a joint force to solve strategic problems."

Freeman said ETI has become a "premier location (on the East Coast) for research, development, testing and evaluation for the advancement of emerging technologies for the Department of Defense."

"Today was another example of how multiple industries come together in Red Springs training Special Operations in new technologies," he said Wednesday. 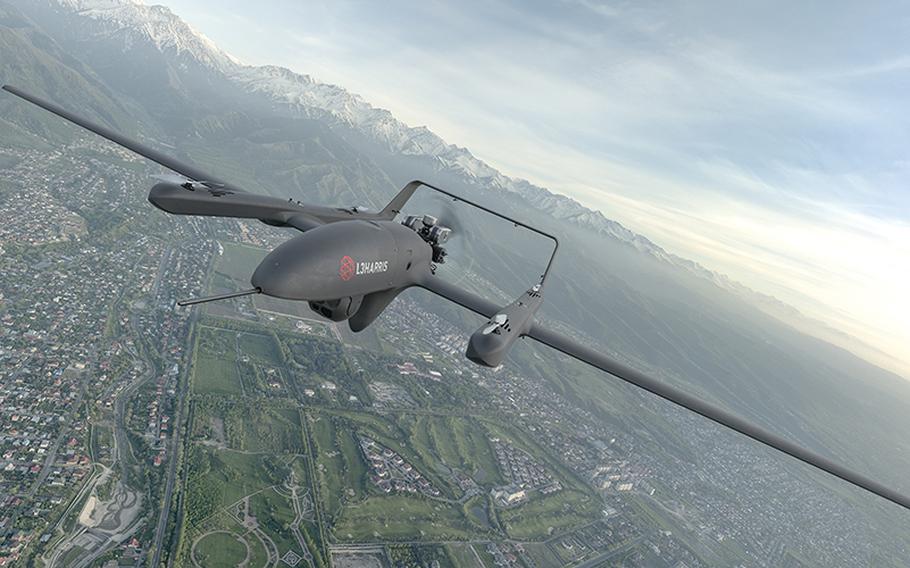 The FVR-90 drone can travel up to 18,000 feet at speeds as high as 65 knots or close to 75 mph, according to Aaron Farber, a chief engineer for the Tactical Unmanned Aerial System Business Area at L3Harris. (Facebook)