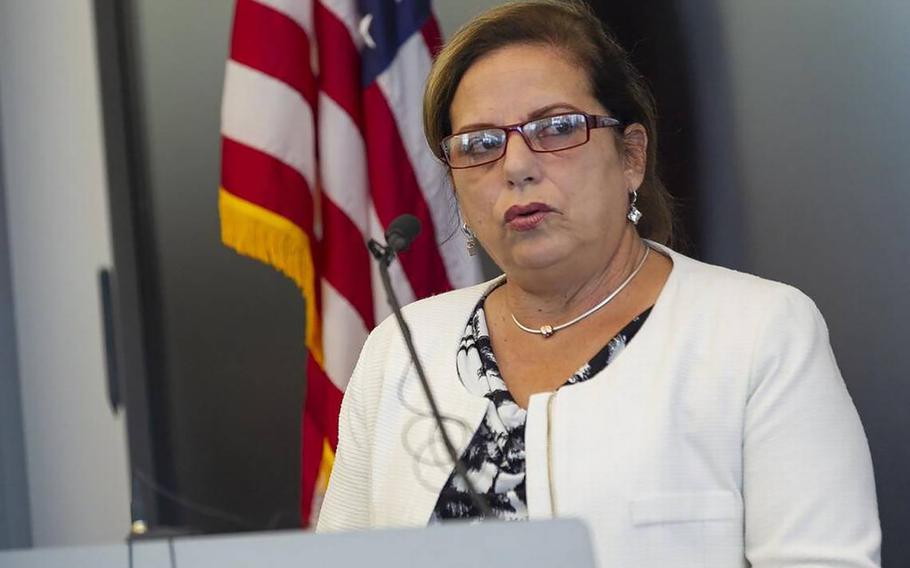 (Tribune News Service) — A federal appeals court has ruled that the World Health Organization branch for the Americas is not immune from being sued for its alleged role in a scheme to traffic Cuban doctors for the benefit of the island’s communist government, the first decision of its kind upholding a suit against an international organization for allegedly violating U.S. law.

The U.S. Court of Appeals for the District of Columbia upheld a lower district court decision, ruling last week that a lawsuit brought by several Cuban doctors against the Pan American Health Organization may continue. The court concluded that the organization lost its immunity protections as a foreign entity by allegedly engaging in “commercial activities” in its role as a financial intermediary in an alleged forced-labor scheme in Brazil.

“The decision is important both as a legal precedent and as an opportunity for the doctors, my clients who were trafficked to Brazil by PAHO, to have an opportunity to hold PAHO accountable,” said Sam Dubin, a lawyer representing the Cuban doctors. “The Cuban government would have never been able to traffic my clients to Brazil without PAHO’s central role as the financial intermediator.”

Cuba’s medical missions are one of the country’s top sources of foreign income because Cuba sends the doctors to work overseas and keeps most of the payments made by the foreign governments. The lawsuit was first filed in 2018 in Miami by several Cuban doctors who escaped the medical mission in Brazil to come to the U.S.

The U.S. Supreme Court held in a 2019 decision that if an international organization engages in commercial activity in the United States, it is not immune from being sued by its alleged victims. The Washington appeals court ruling, handed down March 29, marks the first time since that decision that a court has said that an international organization might have violated the law by engaging in commercial activities in the U.S. and could stand trial for its actions, Dubin said.

The appeals court also dismissed PAHO’s immunity claim under the World Health Organization’s constitution. Although the constitution grants WHO agencies “immunity” to conduct their operations, it also says such privileges should be decided in a separate agreement. The appeals court judges concluded PAHO was not immune to the lawsuit under that provision because the U.S. has not signed such a separate agreement.

The appellate court decision does not amount to a ruling on whether or not PAHO benefited from human trafficking, and the legal proceedings will continue in federal court in Washington, D.C., where the lawsuit was moved from Miami.

In a statement sent to the Herald, PAHO Media Team said the Court of Appeals “ruled on one single claim, declining to find PAHO immune if the plaintiffs’ entirely unproved allegations are assumed to be true. The D.C. Circuit Court of Appeals’ decision recognizes that PAHO will now have an opportunity in the District Court to contest the plaintiffs’ false allegations and establish PAHO’s immunity from suit as to that one remaining claim.”

“PAHO had no role in trafficking or forced labor,“ the statement said.

The lawsuit alleges that the Cuban government pocketed about 85 percent of the money Brazil paid for the doctors’ salaries. Brazil made the payments to PAHO’s Citibank account in Washington, D.C. The organization then forwarded most of the money to Cuban authorities and only paid 10% to the physicians. The lawsuit says that the organization also retained a 5% fee for its services.

PAHO supposedly transferred about $1.3 billion paid by Brazil to Cuba’s government and pocketed $75 million, the lawsuit says. The Cuban doctors also said part of the money received through PAHO was frozen in Cuban bank accounts until the doctors’ return from the “official missions.” The lawsuit also details how Cuban authorities, and sometimes Cuban government officials working for PAHO, controlled the doctors’ movements and seized their travel documents.

In its statement, PAHO defended the Mais Medicos program, highlighting it provided medical care “to millions of people, many of them impoverished and many of whom had never previously seen a doctor.”

Cuba’s medical missions have been plagued by allegations of forced labor and human trafficking, according to testimonies shared by several doctors who left the program. The doctors said the Cuban government did not show them the original contracts, pocketed most of their salaries, kept them under strict surveillance and threatened them and their families when they defected. In 2019, the U.S. State Department labeled the medical missions managed by the Cuban government as “forced labor” in its annual Trafficking in Persons Report. The U.S. also imposed visa sanctions on Cuban officials involved in the program.

During the COVID pandemic, the Cuban government offered its doctors to several countries but “refused to improve the program’s transparency or address labor violations and trafficking crimes despite persistent allegations from observers, former participants, and foreign governments of Cuban officials’ involvement in abuses,“ the State Department said in its 2021 report on human trafficking.

“What we experienced in Brazil was forced labor — plain and simple. On behalf of Cuban doctors who have defected around the world, we’re thrilled with the court’s decision,” said Dr. Ramona Matos, one of the Cuban doctors suing PAHO. “This is a huge step toward some small form of justice.”