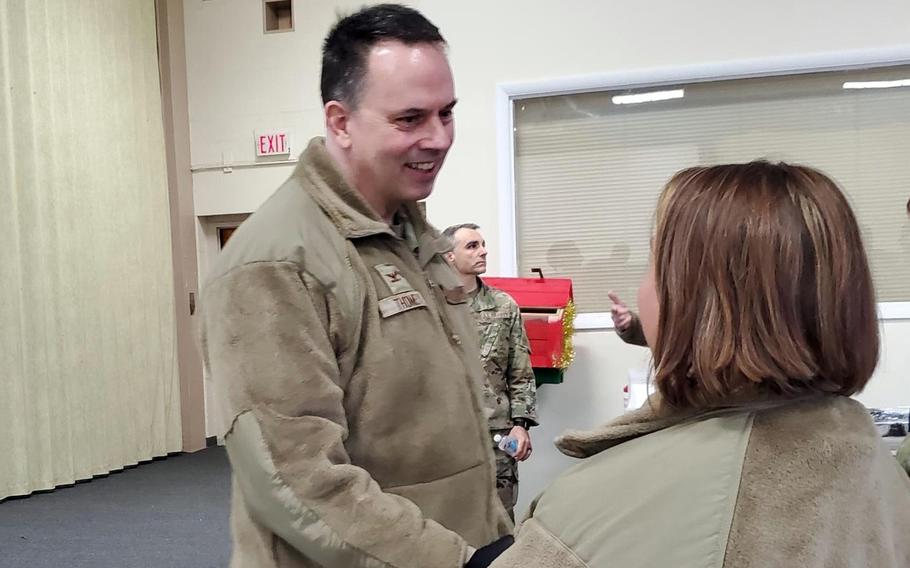 The commander of an Air National Guard wing in Pennsylvania has returned to duty five months after surviving a private plane crash that killed his daughter in South Carolina.

He was seriously injured Oct. 22 when the single-engine Piper PA-32R-300 he was piloting went down with engine trouble near Walterboro, S.C., according to the preliminary accident report and the Pennsylvania National Guard. His daughter, Madeline Thomey, 24, also of Arlington, died.

“We are all heartbroken at the loss of Madeline,” Col. Rebecca Gray, wing vice commander, said in a news release posted Thursday on the wing website. “Col. Thomey has made a remarkable recovery which has made his return possible. The entire 111th Attack Wing family is thankful to have our wing commander back at the helm to provide Pennsylvania and our nation a ready force — ready to meet any challenges that lay ahead."

Thomey was treated for several weeks in the intensive care unit at the Medical University of South Carolina in Charleston, according to the Guard. He was transferred in November to a medical facility near his home for follow-on treatment and care. Thomey was treated for burns and other injuries after the crash and finally went home Dec. 16, according to a fundraising page on the Give InKind website.

The Piper struck a 70-foot-tall pine tree as Thomey descended for Lowcountry Regional Airport, according to the report from the National Transportation Safety Board. The impact separated both wings and the rear stabilator, and the plane left a 100-yard-long debris trail through a forest.

Thomey took off from Fredericksburg, Va., just before 1 p.m. on a flight plan for Miami, the report states. About three hours later, he diverted to Walterboro for fuel, and while enroute declared an in-flight emergency due to a “lagging engine,” according to the NTSB. A controller advised Thomey to stay on course for the airport, seven miles distant.

Witnesses described the plane making a left turn toward an open field, its engine making a sound like an all-terrain vehicle, when they heard a loud “pop” and the noise ceased, according to the preliminary report. Fire destroyed the plane after the crash about three miles from the airport, according to local news reports.

Thomey took command of the 111th in April 2021, according to his biography on the wing’s website. His predecessor, Col. William Griffin, retired on schedule in the wake of a report by the Philadelphia Inquirer in July 2020 that documented a “frat-boy atmosphere” of sexual harassment and discrimination at the wing.

Thomey, a native of Sherwood, Ark., enlisted in the Arkansas Air National Guard in 1988 and is a graduate of the Academy of Military Science. He is also a veteran of Operation Iraqi Freedom with 73 hours of combat flight time.

He has more than 1,800 military flight hours in aircraft types in addition to the Reaper, from trainers to the C-130 Hercules airlifter, the A-10 Thunderbolt attack aircraft and the F-16 Fighting Falcon, according to his Air Force biography.