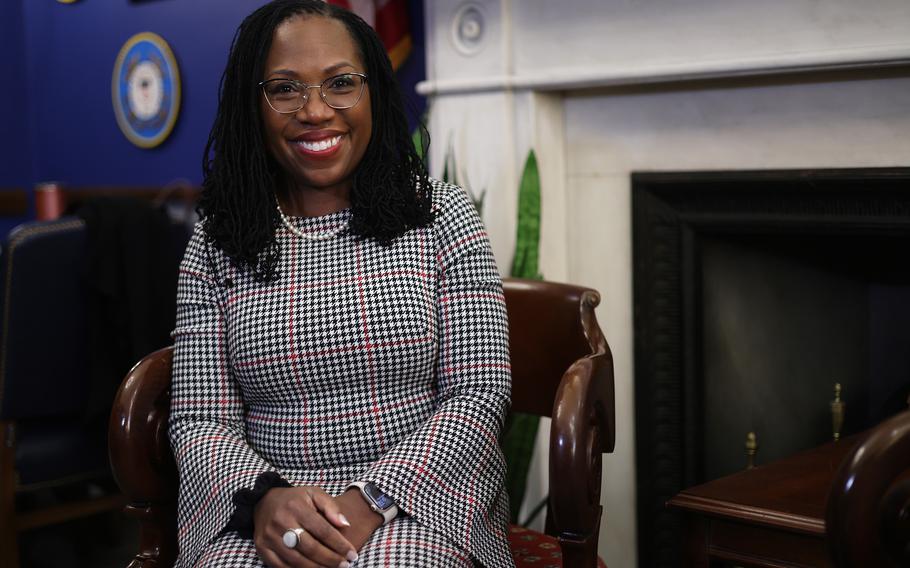 WASHINGTON (Tribune News Service) — The Senate Judiciary Committee appears on track for a tied, party-line vote Monday on whether to send to the Senate floor Ketanji Brown Jackson’s nomination for the Supreme Court, though that would not derail Democrats’ plan for a final confirmation vote later next week.

Sen. Lindsey Graham of South Carolina, the only Republican member of the panel to vote to confirm Jackson to a federal appeals court in Washington last year, announced Thursday on the floor that he will vote against her confirmation this time.

Graham’s speech touched on the areas on which Republicans have rested their opposition to Jackson. They’ve raise concerns about what they describe as her leniency on child pornography possession offenders, her decision in an immigration case and the phrasing she used in a brief when representing a Guantánamo Bay detainee.

“My decision is based upon her record of judicial activism, flawed sentencing methodology regarding child pornography cases, and a belief that Judge Jackson will not be deterred by the plain meaning of the law when it comes to liberal causes,” Graham said on the floor.

Committee Chairman Richard J. Durbin took the floor immediately afterward to defend Jackson. The Illinois Democrat called some of Graham’s arguments “unfair” for what they omitted, and he repeated the reasons why Democrats support her.

That includes her personal story and professional background, which includes time as a federal public defender, a record of almost 600 decisions in nearly 10 years on the bench and the bipartisan support she received in three previous Senate confirmations for other positions.

“I’d say this notion, that somehow Joe Biden has chosen someone who is radical, is a shame. She’s not. She’s as solid as they come,” Durbin said.

Jackson is expected to be confirmed with at least the backing of the Democratic caucus and Maine Republican Sen. Susan Collins, who announced her support Wednesday. But the partisan lines on the committee have been drawn, as Republican members of the committee have announced their position on Jackson since the conclusion of her confirmation hearing last week.

Some Republicans on the committee have not yet announced how they will vote, but they are not expected to support Jackson. Other Republicans who took a less contentious approach to that hearing, leaving open the question of whether they might support Jackson to be the first Black woman on the high court, have said they would not support her.

North Carolina Sen. Thom Tillis said Jackson is well qualified but that, based on her record, “I still hold my initial concerns that she may legislate from the bench instead of consistently following the Constitution as written.”

A committee vote along party lines would result in a tie vote. Under Senate rules for the 50-50 split, Democrats can use a floor procedure to bring the nomination to a final confirmation vote.