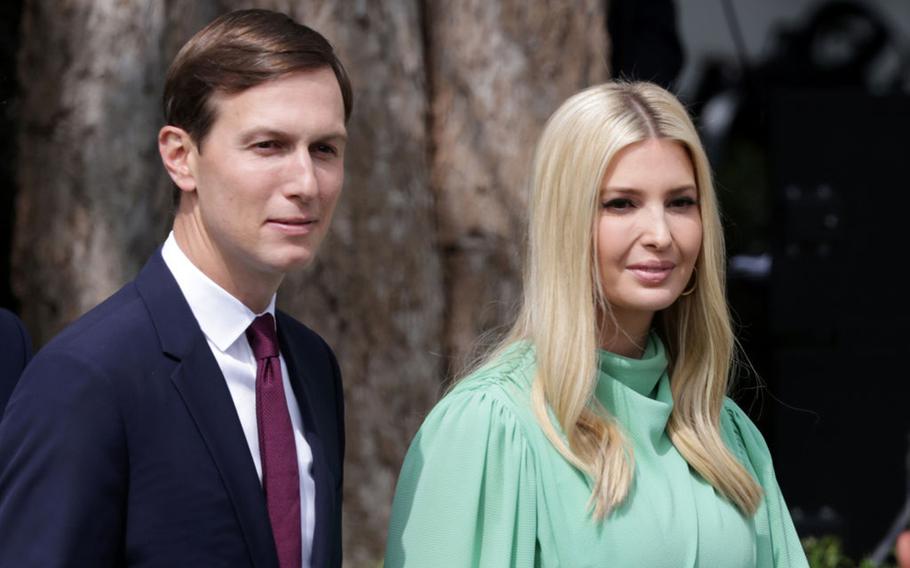 Former special adviser to the president Jared Kushner and Ivanka Trump attend a ceremony at the White House on Sept. 15, 2020 in Washington. Kushner testified before the Jan. 6 House committee on Thursday, March 31, 2022. (Alex Wong/Getty Images/TNS)

(Tribune News Service) — Former President Donald Trump’s son-in-law and senior adviser, Jared Kushner, voluntarily appeared before the House committee investigating the attack on the U.S. Capitol on Thursday. Still, little is known about what was discussed.

The bipartisan panel is reviewing the circumstances surrounding Jan. 6, when pro-Trump rioters stormed the Capitol, fueled by the Republican’s false claims of a stolen election, in hopes of blocking Congress from certifying election results showing Democrat Joe Biden had defeated Trump.

To date, Kushner is the highest-ranking White House official to cooperate with the investigation. According to NBC, he was cooperative and the meeting went on for more than six hours; however, the panel has declined to comment on the testimony.

Other top Trump aides, including Kushner’s wife and Trump’s oldest daughter, Ivanka, have stonewalled the committee’s testimony and other information requests.

Kushner was returning from Saudi Arabia on Jan. 6 and did not go to the White House once he landed in the U.S.

The former Trump adviser avoided the White House because he thought he would get in a “fight” with the president, Kushner told a GOP lawmaker a day after the riot, according to ABC News chief Washington correspondent Jonathan Karl in his book, “Betrayal.”

The White House phone log shows calls made by Trump before attending the “Stop the Steal” rally, including his former aide Steve Bannon, conservative commentator William Bennett and Sean Hannity of Fox News, according to the committee.