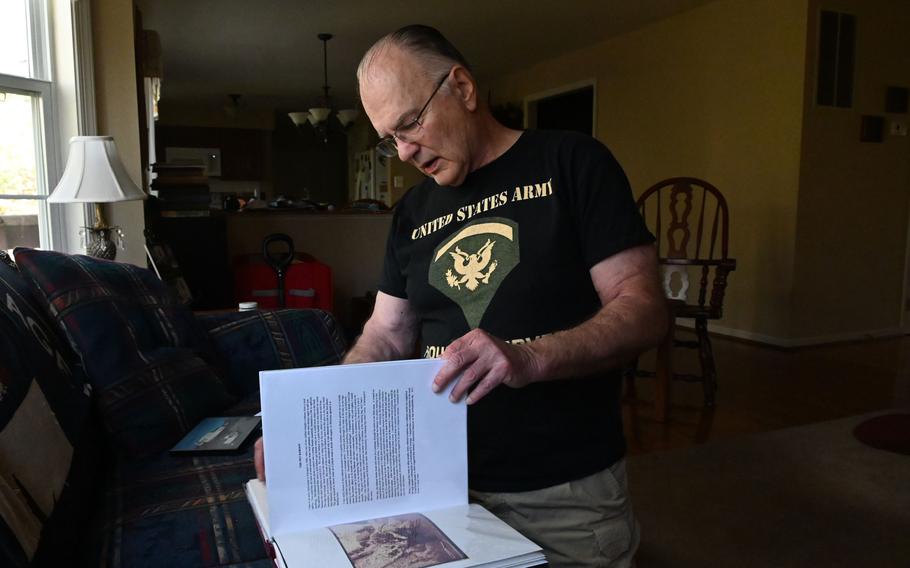 Ron Dolecki, a 76-year-old Army veteran from Maryland, was once held prisoner by Eritrean rebels in the Sahara desert, but for years the Army refused to award him the POW Medal. The Secretary of the Army just reversed that decision. (Kim Hairston/TNS)

(Tribune News Service) — The U.S. Army has granted a Maryland veteran the Prisoner of War Medal, ending a battle he’s fought with the Army’s bureaucracy for 18 years and opening the door for other veterans who have been denied the award under similar circumstances.

Ron Dolecki, 76, was part of an Army team carrying out a classified mapping mission in Ethiopia in 1965 when armed guerrillas ambushed him, his helicopter pilot and a local translator and forced them to march 155 miles across the Sahara desert to a spot were they were held captive under harsh conditions for two weeks.

Dolecki managed to escaped from the guerrillas, members of an anti-Ethiopian rebel group known as the Eritrean Liberation Front, and made his way to the Sudanese-Ethiopian border, where friendly forces rescued him.

In 2004, Dolecki, who is also a retired CIA employee, applied for the POW Medal for the first time. The award is for those who have been “taken prisoner and held captive while engaged in an action against an enemy of the United States” and who meet other criteria.

But the Army Awards and Decorations Branch rejected his application because of a dispute over how his captors should be characterized.

Branch officials told Dolecki the Eritrean Liberation Front did not qualify as an “armed enemy force” because the U.S. had not declared war with Eritrea or Ethiopia at the time. Sgt. Ron Dolecki, left, and pilot Jack Kalmbach pose with their UH-1B Huey helicopter painted in the red and white colors of the U.S. Army Corps of Engineers. (TNS)

Dolecki applied for the award three subsequent times, each time providing more documentation to contest the branch’s accounts. Along the way, his cadre of backers grew to include four U.S. senators, two battalion commanders and military historians, but still the Army denied each appeal.

However, a spokesman for U.S. Sen. Chris Van Hollen of Maryland confirmed Wednesday that the Army had finally granted the POW Medal to both Dolecki and Jack Kalmbach, the pilot who was captured with him. Kalmbach died in 2015 at age 87.

Army officials did not respond to requests for comment.

The decision came after Van Hollen, who has been supporting Dolecki’s cause for years, wrote new language into the National Defense Authorization Act for 2022 that he crafted with the specific aim of making it clear that Dolecki qualified for the award. President Joe Biden signed the act into law in December.

“Finally there’s some measure of justice for Ron Dolecki,” Van Hollen said. “He was on duty with the U.S. military when he was taken prisoner. The Army needs to recognize his service and sacrifice and recognize the hardships he endured as part of that service. This is great news, and it’s long overdue.”

Historians say the Prisoner of War Medal, a military honor authorized by Congress and signed into law by President Ronald Reagan in 1985, was written with the broad intent of recognizing brave and honorable conduct on the part of captive U.S. soldiers. It was meant to recognize qualifying soldiers taken prisoner as far back as April 5, 1917, the day before the U.S. entered World War I.

According to its original version, the medal was to be awarded to anyone taken prisoner or held captive “while engaged in an action against an enemy of the United States; while engaged in military operations involving conflict with an opposing Armed Force; or while serving with friendly forces engaged in armed conflict against an opposing Armed Force in which the United States is not a belligerent party.”

Military historian Joseph Kaufmann, who wrote a book on Dolecki’s unit, the 64th Topographic Engineer Battalion of the Corps of Engineers, which carried out the top-secret Ethi-U. S. Mapping Mission in the 1960s, said Dolecki’s previous rejections miss the spirit of the medal.

“These field parties — often supported by aircraft — crossed deserts, mountains, and jungles, operating in areas that included everything from deadly snakes to lions and an array of diseases,” he told The Baltimore Sun in 2020, adding that the then-20-year-old faced grave perils and handled himself courageously while crossing the desert.

“He had absolutely nothing with him, including nothing to protect himself with,” Kauffman said. “Unless you have been in the field and surrounded by hyenas, and hear their whooping noise, you don’t know how dangerous that can be.” 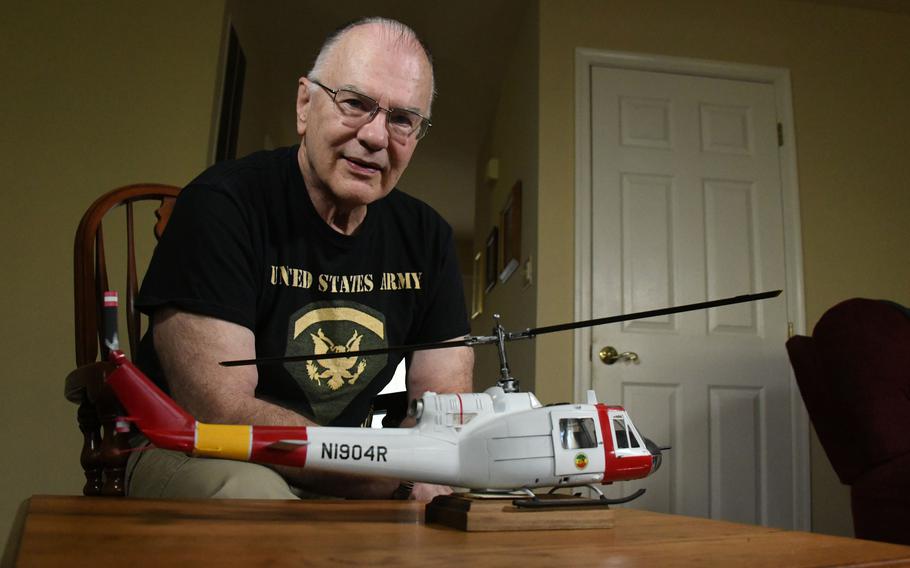 In 1965, Ron Dolecki, 76, was on a map-making mission for the U.S. Army Corps of Engineers in Ethiopia when he and two crew members were ambushed by Eritrean rebels, taken captive, and marched 150 miles through the desert to Sudan. (Kim Hairston/TNS)

In 2013, an amendment to Title 10 of the United States Code made the criteria for the medal less legalistic. But in December 2020, Van Hollen, then a member of the Senate Armed Services Committee, argued on the Senate floor that the Army continued to incorrectly apply the previous standard to Dolecki’s case.

Dolecki’s case eventually made its way to the desk of Army Secretary Christine Wormuth, who has authority to award the medal.

The Army had not contacted Dolecki about the matter as of Wednesday night, but Army officials did contact Van Hollen’s staff by email to relay the news, which Van Hollen’s office shared with the veteran.

The Army also mailed the medal to the senator’s office in Rockville, and an Army official let Van Hollen’s staff know that if Dolecki wished to have a ceremony marking the occasion, the Army would provide one.

Dolecki has told the staff he would indeed enjoy such an occasion, and he hopes they’ll be able to set it up with the military before too long.

“As far as the medal goes, it has been a long, long struggle to obtain it,” he said. “After all this time, I’ll certainly treasure it all the more.”