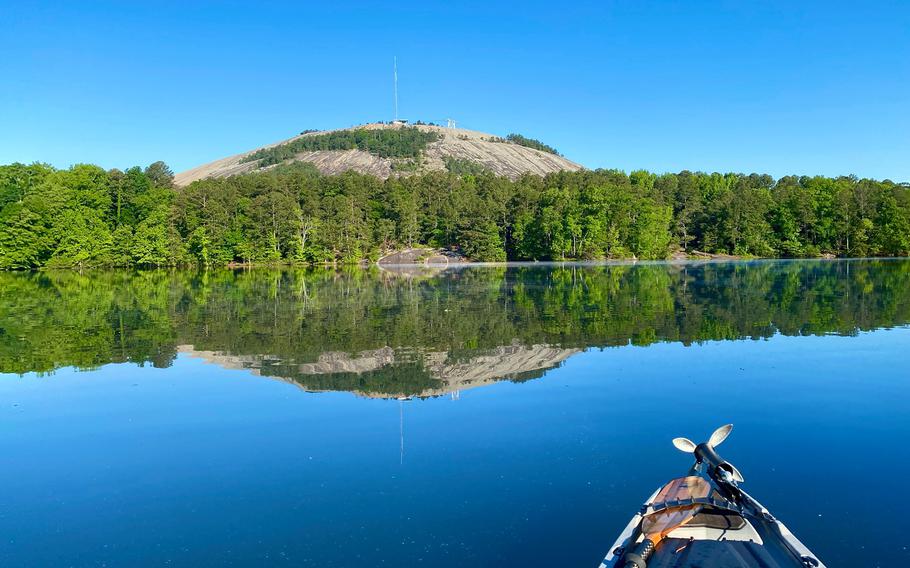 State officials denied the Confederate group’s request to gather for a ceremony last year, citing the possibility of “a clear and present danger to public health or safety” among the reasons.

But records obtained by The Atlanta Journal-Constitution showed this year’s permit application — submitted by Richard K. Straut, a SCV representative who’s also running for a seat in the Georgia state Senate — was approved earlier this month.

Activists called the Stone Mountain Memorial Association allowing the event a “tone deaf” decision for a state entity that’s purportedly taking steps to soften its ties to the Confederacy.

Memorial association CEO Bill Stephens, meanwhile, said the Sons of Confederate Veterans have gathered for years in front of the mountain and its massive carving of Jefferson Davis, Stonewall Jackson and Robert E. Lee. The event is usually “small and respectful” and “pre-event news coverage” and social media have more recently inflamed tensions, he said. 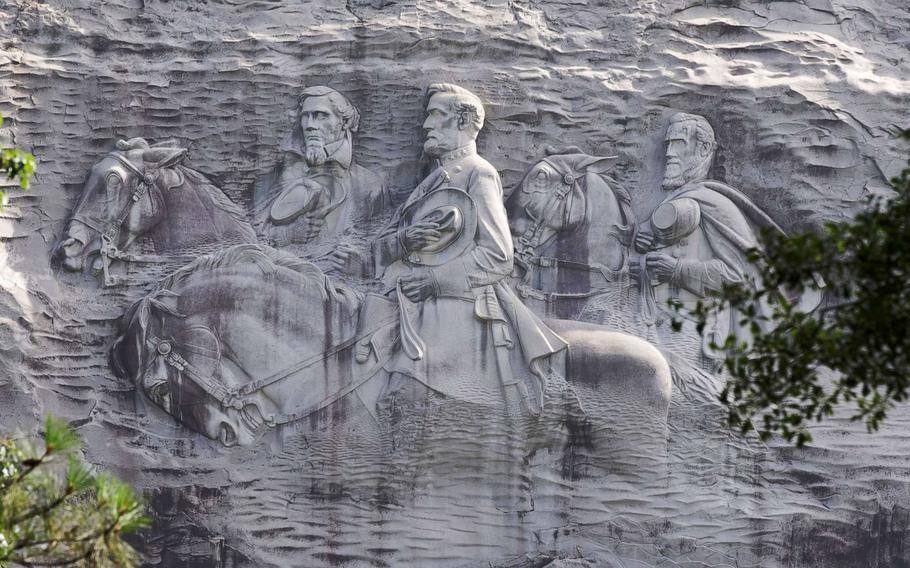 Sons of Confederate Veterans have gathered for years in front of the mountain and its massive carving of Jefferson Davis, Stonewall Jackson and Robert E. Lee. (Screen capture from YouTube)

He also reiterated that COVID-19 was a factor in last spring’s permit denial.

At that time, societal tensions over racial justice, white supremacy and Confederate monuments were at a fever pitch.

Tributes to the Lost Cause were coming down across the country and advocates had renewed their push for changes at state-run Stone Mountain Park. A few months earlier, far-right militia groups and leftist counter-protesters had clashed in the streets of the nearby city of Stone Mountain.

“With the volatile nature of events of the immediate past and ongoing today, there is a clear and present danger to members of the [Sons of Confederate Veterans], potential counter protesters, park employees and guests,” Stephens wrote in denying last year’s permit.

Several dozen members of the Confederate group’s “mechanized cavalry” ultimately rode motorcycles around the park in lieu of holding a ceremony.

Responding to questions about the decision to allow the event this time around, Stephens said First Amendment rights and state law (which mandates that Stone Mountain Park be maintained as a monument to the Confederacy) had to be considered.

“As we continue to move back towards a new normal,” Stephens wrote in an emailed statement, “we will begin to receive more requests for gatherings and parades from all quarters, and unless law enforcement intelligence issues us a warning of potential violence or a ‘clear and present danger,’ then we will err towards maintaining an open and welcoming environment.”

The Stone Mountain Action Coalition is an activist group that continues to push for changes to Confederate tributes at the park, up to and including the removal of the carving — the creation of which spanned decades and has ties not just to the Jim Crow Era and the Ku Klux Klan but also to white Georgia leaders’ resistance to federally mandated desegregation.

“This is yet another example of the Stone Mountain board prioritizing the glorification of the Confederacy over the desire of Georgia taxpayers to simply enjoy their public park,” the activists said.

Straut, the Sons of Confederate Veterans representative who filed for the event permit, had not responded to phone calls or emails at the time of publication.

The website for the Georgia division of the SCV listed him as an “adjutant” for the group. He was also a named plaintiff in a 2021 lawsuit that sought — and failed — to re-erect a Confederate monument that had been removed from the downtown Decatur square.

On his campaign website, Straut, a retired cop, touts his nearly three-decade career with the Atlanta Police Department and vows to never “bow to the threats and bullying tactics of the liberal mob.”

The site did not appear to mention his involvement with the Sons of Confederate Veterans.

The group’s Confederate Memorial Day event is scheduled to take place on Stone Mountain Park’s memorial lawn on the morning of April 30. Documents suggest up to 200 people could attend.

Martin O’Toole — an SCV member who is also a leader with the Charles Martel Society, an Atlanta-based white nationalist organization — is listed as the keynote speaker.