Sen. Rubio to file bill to punish countries such as Russia for space debris 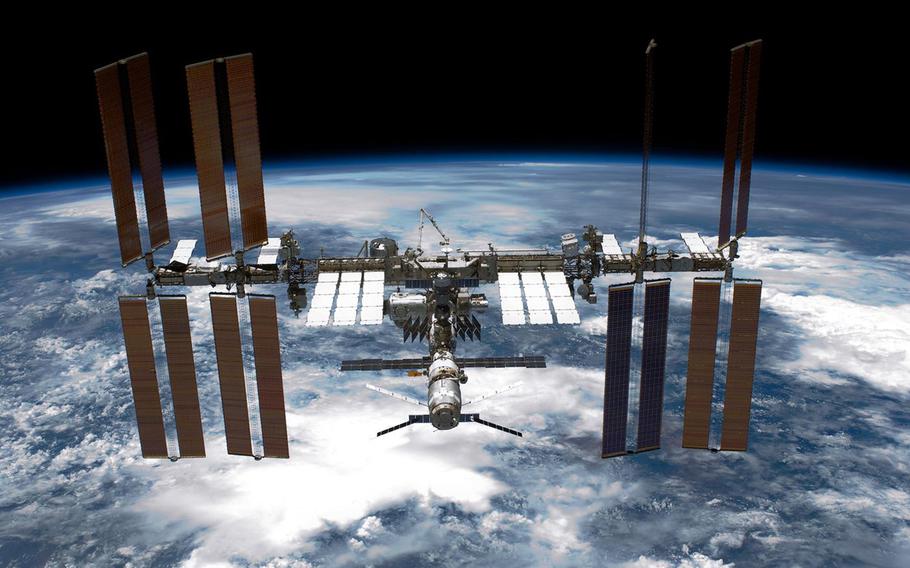 (Tribune News Service) — The fallout from the debris created when a Russian weapons test threatened the International Space Station last fall could mean countries will face sanctions if a similar event happens in the future.

That’s the goal of the Deterring Errant Behavior Risking International Space Act, or the DEBRIS Act, set to be filed as early as Thursday by Sen. Marco Rubio (R-Fla.), according to his staff.

“We must punish reckless space behavior. Russia and China should be held accountable for negligently creating space debris and endangering space assets critical to our national security,” Rubio said in an email. “My bill would create consequences for this dangerous behavior and protect our astronauts and space infrastructure.”

The November incident during which an old Russian satellite was destroyed by a missile ended up creating more than 1,500 pieces of debris that forced astronauts and cosmonauts alike to seek shelter aboard the ISS.

“They blew up an old dead satellite and put so much space debris up there that they actually had to move the station to avoid some of the debris,” said NASA Administrator Bill Nelson in an interview last week regarding U.S.-Russia relations on the ISS. “My personal opinion is that that was one hand in Russia not coordinating with the other hand. That’s the military space in Russia not coordinating with civil space.”

The debris field also threatened China’s space station, although China had been responsible for a similar incident in 2007, the debris from which is still tracked as a threat to the space station.

Rubio’s bill looks to impose sanctions for incidents such as these that negligently create space debris without prior notification or warning. The target is “foreign persons who intentionally generate debris,” according to an email from Rubio’s staff.

The financial threat would be Magnitsky-style sanctions, referring to the Magnitsky Act of 2012, a bipartistan bill signed by President Obama that looked to punish Russian officials involved in the death of a Russian tax lawyer. Mostly targeting human rights violators, that bill gave the power to freeze assets and block entry into the U.S.

To DEBRIS Act directs the executive branch to submit to Congress who is to blame for such events and level the sanctions. Rubio staff indicated exceptions would be made for foreign entities acting within a civil space cooperation agreement with the U.S. or in compliance with United Nations law enforcement objectives. It also makes an exception for activities related to the importation of goods.

According to the National Orbital Debris Research and Development Plan report from January 2021, more than 23,000 softball-size objects were being tracked for purposes of collision avoidance.

“Orbital debris has been accumulating since the first space missions, and the debris population is expected to continue to grow as nations and the private sector continue to expand their use of space,” reads the report.

At the time, there were around 500,000 more objects 1 cm in size, about 1/3 the size of a U.S. penny, or larger and more than 100 million pieces of debris at least 1 mm in size, which is smaller than the width of a grain of rice. These smaller objects are incredibly hard to track, but still post significant threat of damage to the space stations, space telescopes and other orbiting satellites.

“Beyond the immediate damage that some collisions can cause, all collisions — whether between active or inactive objects — produce additional debris that increases the overall debris hazard and can potentially result in a cascading process known as the Kessler Syndrome,” reads the report.

The Kessler Syndrome is similar to what was fictionally presented in the film “Gravity,” during which one space debris event has a domino effect that ends up destroying countless more orbiting objects.

The Union of Concerned Scientists maintain a database of the number of operational satellites in orbit. As of Jan. 1, 2022, there were 4,852 in orbit, including 4,078 in low Earth orbit. More than 500 have been launched since that tally including nearly 400 Starlink satellites by SpaceX.

With more hardware flying into space, the chance for increasing space debris continues to be a threat. In November, Nelson said even the smallest of pieces “can do enormous damage if it hits in the right place.”