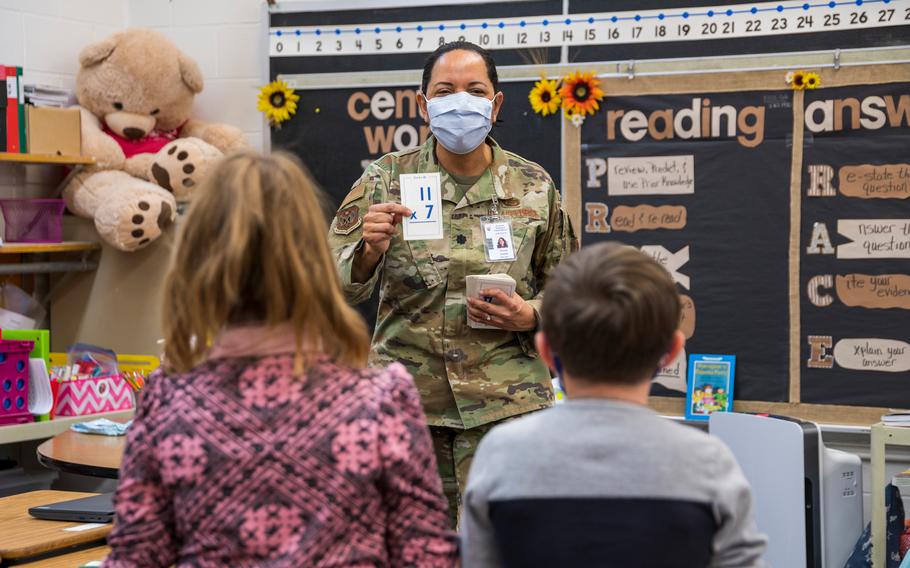 (Tribune News Service) — An emergency public school program established in January by New Mexico Gov. Michelle Lujan Grisham to fill gaps in a statewide crisis-level teacher shortage amid a surge in the coronavirus pandemic will continue after this month, despite a dramatic drop in COVID-19 cases.

Between Jan. 19, when the program was first announced, and Feb. 1, the state Public Education Department received 559 substitute teacher license applications. The number continued to grow and includes 227 applications from state employees and Guard members.

Nora Meyers Sackett, the governor's spokeswoman, wrote in an email school districts "continue to find the program helpful. We will keep working with districts around the state to evaluate schools' needs."

When Lujan Grisham announced the program, dozens of districts were shutting down schools and turning to remote learning, largely due to staff absences tied to the spread of the omicron variant. The governor warned authorizing state employees and Guard members to teach in schools was not a permanent solution to the teacher shortage. She indicated the initiative would end in March.

Since the start of the program, COVID-19 cases have plummeted. While Santa Fe Public Schools reported 549 cases contagious on campus in January, just 33 have been recorded so far this month.

Only three districts and one charter school have reported 5 percent or more of their staff and students have tested positive for COVID-19 in the last 14 days — a rate that could trigger remote learning.

Santa Fe Public Schools, which has struggled to fill vacant positions throughout the school year, saw its substitute teacher rolls grow after the governor's announcement of the program easing access to substitute licenses; 13 of the subs are state employees.

The district has not had any National Guard members in its classrooms.

District spokesman Cody Dynarski said some of the state employees eligible to substitute teach have not taken a job at the district, and many who have agreed to help are limited in how many shifts they can cover for absent teachers or vacant positions. Earlier this month, Superintendent Hilario "Larry" Chavez said about 60 teacher positions remain unfilled.

The state employees are among more than 210 substitutes at the district, which started the year with about 120, Dynarski said.

About half of the 90 substitutes who signed up since the start of the year have done so in the months since Lujan Grisham announced the new program, he added.

The district, which employed just under 100 teachers last year, according to the National Center for Education Statistics, has only two vacancies. But its pool of substitute teachers shrank during the pandemic from 75 to a low of five, Gutierrez said. That number is slowly climbing back up.

"What I've noticed is after the National Guard and everybody started up," he said, is that "we're getting more and more people coming back ... and even new people."