Virginian-Pilot reporter among those killed in shooting in downtown Norfolk 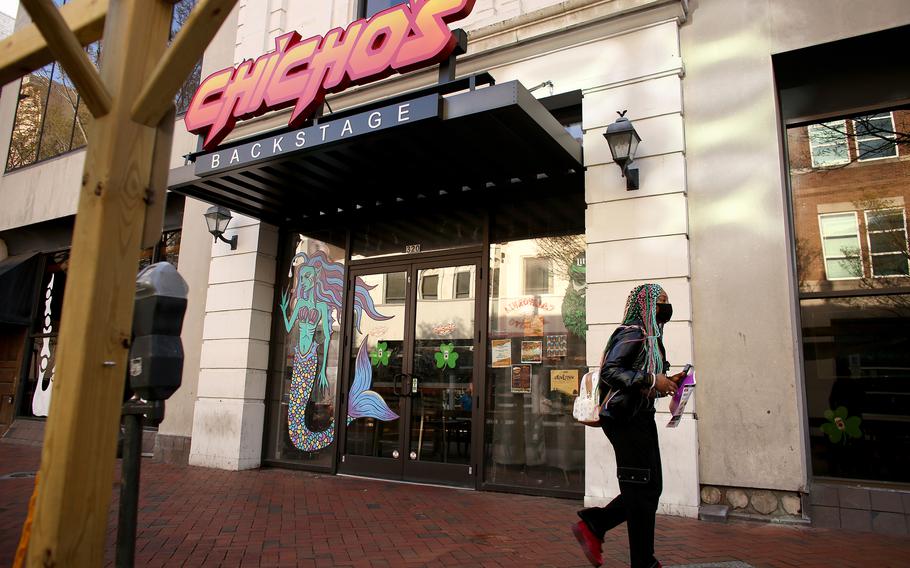 NORFOLK, Va. (Tribune News Service) — Two people were killed and three others injured during an early morning shooting Saturday outside a downtown Norfolk restaurant and bar. Among the dead was 25-year-old Virginian-Pilot reporter Sierra Jenkins, who was caught in the gunfire.

Manager Rory Schindel said bartenders had announced last call for drinks and turned up the lights at about 1:30 a.m. People were starting to leave the business when an argument began outside. Soon afterward, shots rang out.

Jenkins was leaving the bar when she got caught in the gunfire, Schindel said. She was rushed to Sentara Norfolk General Hospital, where she later died.

Portsmouth resident Devon M. Harris, also 25, was pronounced dead at the scene, according to police. Three other men were wounded, including one who suffered life-threatening injuries.

Police have not announced any arrests in the shooting.

Jenkins father, Maurice Jenkins of Virginia Beach, described his daughter as a sweet, caring and hard-working young woman who loved being a journalist. She just turned 25 on March 13 and was the oldest of three siblings.

Jenkins grew up in Norfolk and graduated from Granby High School. She earned a degree in journalism from Georgia State University in December 2019 and worked as an intern at Atlanta Magazine and CNN before joining The Pilot in December 2020. She just got her first apartment in Virginia Beach about a month ago after living with family, her father said.

"She wasn't much of a going-out kind of person at all," Maurice Jenkins said. "But she had a friend visiting from out of town who wanted to go out."

The two had been friends since middle school and Jenkins was godmother to her friend's daughter.

Jenkins initially was hired by The Pilot to cover breaking news and later became an education reporter. She was scheduled to work a shift on the day she died. When editors couldn't get in touch with her early that morning, they asked another reporter to fill in for her. A short time later, they learned Jenkins was among those killed.

"Sierra was a bright and talented woman with so much going for her. Her passion for journalism was undeniable and our community is better because of her reporting," said Kris Worrell, editor-in-chief of Virginia Media. "Sierra was funny and energetic and full of enthusiasm. We are absolutely heartbroken."

On Saturday morning, drops of blood could be seen on the sidewalk outside Chicho's and a nearby security guard pointed out what appeared to be multiple bullet holes in a wall next to the business's windows and front doors.

Chicho's nighttime security requires all patrons to be patted down before entering, Schindel said. Because of that policy, the manager said he doesn't believe the shooter brought the gun inside.

"It was just a normal night," Schindel said of the moments before the shots were fired. "There were a lot of people there, as usual, and there was a great atmosphere inside." He estimated about 180 people were at the bar when last call for drinks was announced and people began to exit the business.

Authorities are asking anyone with information to call 1-888-LOCK-U-UP or to submit a tip online.