Late Thursday, Secretary of State Frank LaRose, a Republican, ordered county elections officials to not mail any ballots despite a Friday deadline in state law, and a Saturday deadline in federal law that sets when ballots must be mailed to military members and other overseas voters. He said his office is finalizing a deal with federal officials that would temporarily extend the deadlines to early April, per a law change state lawmakers rushed through last week.

State officials previously had said counties could mail out the ballots if they were ready, with elections boards having the later deadline as a backstop.

But in an interview, LaRose said he wants to prevent elections boards from mailing out a ballot that turns out to be inaccurate, in light of the Wednesday court ruling.

He said it’s possible an ongoing federal lawsuit from Republican activists could end up restoring the map, overriding the state court. It’s also possible the state legislature or a court could end up moving the primary date, including possibly splitting off state legislative and congressional races for a later election.

“I don’t want a board of elections sending out ballots that include a race that shouldn’t be on it. And I don’t want them to send out ballots with a race removed that should be on it,” LaRose said. “So thankfully, we have a little bit of time to get that done, and that’s why I’ve asked them to pause.”

The Ohio Supreme Court ruling, which rejected the map as an illegal pro- GOP gerrymander, leaves the state without valid state legislative maps for the primary election, which is supposed to happen on May 3. The development further underscores the chaos stemming from the ongoing failure for the Republican-dominated Ohio Redistricting Commission, a panel of top state elected officials, including LaRose, to produce court-approved maps in time for the May 3 election.

The path forward is unclear, but could involve state lawmakers voting to change the election date to buy more time for the redistricting process, or a federal court going over state officials’ heads to break the gridlock. State and federal law require new maps to be drawn for the election so that they reflect population shifts over the past decade.

In rejecting the maps this week, court said the map’s significant number of competitive Democratic districts, without offsetting competitive Republican ones, was evidence that the maps illegally benefitted Republicans. They also faulted Republicans for drawing a map without Democratic input. They cited the anti-gerrymandering rules approved by voters in 2015 which direct mapmakers to not benefit either party when drawing state legislative maps, and to design districts that favor each party to win a share of seats in proportion to statewide voting results.

The court gave the Ohio Redistricting Commission until March 28 to pass a new state legislative map, submitting it for the court for approval. The timeline is unfeasible for the primary to be held in May, in part because early voting is scheduled to begin on April 5.

The Ohio Supreme Court also is reviewing a proposed congressional map, which is also supposed to be ready for the May 3 election, after rejecting a previous version in January. The latest rejection of the state legislative map seems to increase the odds that the congressional map will be rejected, too.

There is an ongoing federal lawsuit, filed by state Republican activists, that seeks to impose the state legislative map plan that the Ohio Supreme Court rejected as illegal earlier this week. The first step in that legal process would be to appoint a three-judge panel to consider whether to grant the request. A federal judge overseeing the case this week said he wanted to let the state process play out more before deciding whether to step in.

Legal analysts have expressed skepticism that the federal court would impose the rejected maps, but Republican state officials could argue that doing so is the only way to preserve the May 3 election and avoid the voter confusion that result from moving it, citing a prominent court precedent that says courts should avoid ordering last-minute elections changes when possible. The court conceivably also could end up moving the election date or start a process to draw or approve a different map plan.

In a court filing Friday, LaRose said the office doesn’t oppose assembling the three-judge panel. Doing so, he said in a legal filing, “at a minimum” would allow the court’s processes to run in parallel with the work of the Ohio Redistricting Commission.

In an interview, LaRose said he hopes the court will grant the activists’ request to impose the map that was rejected this week. He said doing so would help keep the elections process predictable, which he said is good for the state’s civic health.

“My hope would be that the court would authorize us to conduct the May 3 election with the maps that were passed by the redistricting commission in late February,” LaRose said. “We’ll see what the court’s will is on that.”

Republicans who dominate the state legislature could just move the primary election, but have been reluctant to do so citing the effect it would have on elections that are unaffected by redistricting, like statewide and local elections. Moving the election also would undermine Republicans’ legal defense of a congressional map plan, since they’ve argued the imminent election is among the reasons the Ohio Supreme Court should accept the map. 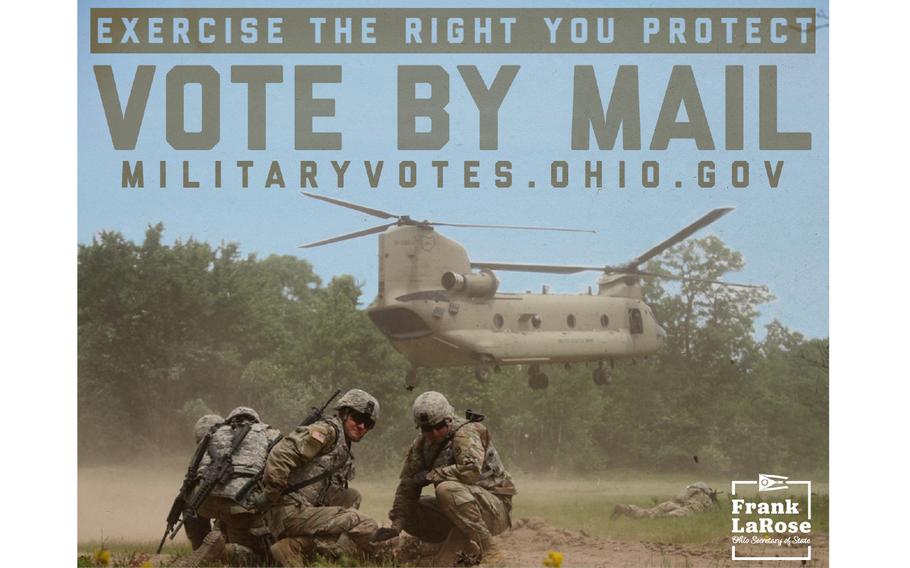