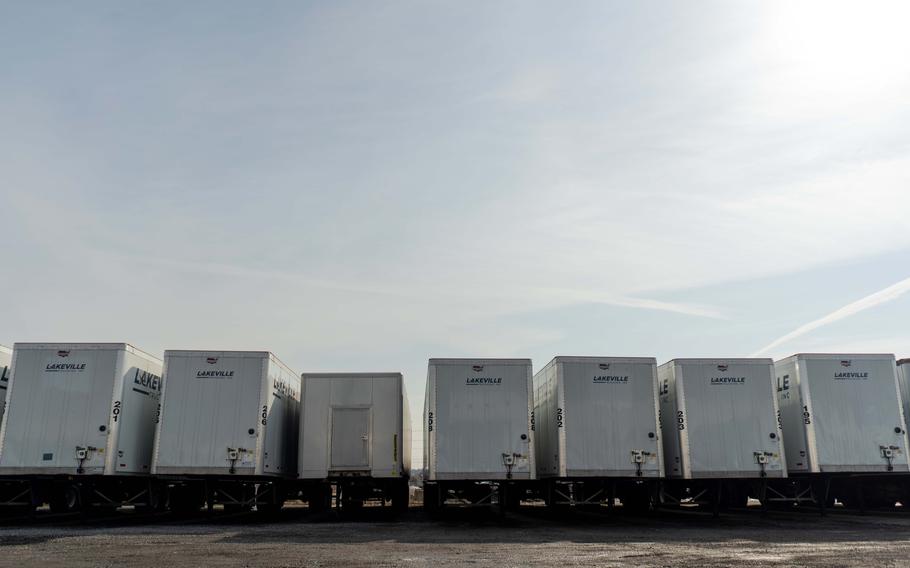 Lakeville Trucking in Rochester, N.Y., has seen diesel costs nearly double to about $400,000 a month. (Libby March for The Washington Post )

Americans are facing sticker shock at gas stations across the country, but surging global energy costs are rippling through the economy in other ways, too: Airlines are scaling back on flights. Truckers are adding fuel surcharges. And lawn care companies and mobile dog groomers are upping their service fees.

Russia's invasion of Ukraine and the surge in energy prices appears to be making the country's inflation problems much worse.

"Customers really don't want to hear it, but fuel prices are going through the roof so we're having to charge more," said John Migliorini, vice president of Lakeville Trucking in Rochester, N.Y., where diesel costs have nearly doubled to about $400,000 a month. "What choice do we have? I've never seen prices jump this high, this fast."

The company has a fleet of 30 tractor trailers that transport general freight and food products, including groceries for the supermarket chain Wegmans. Each truck goes through about 100 gallons of diesel a day, Migliorini said. 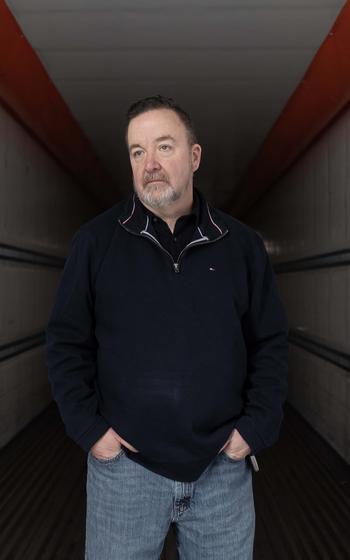 “Customers really don’t want to hear it, but fuel prices are going through the roof so we’re having to charge more,” said John Migliorini, of Lakeville Trucking in Rochester, N.Y. (Libby March for The Washington Post)

Record-high gas prices are seeping into everyday costs beyond the pump, adding new uncertainty to the economic recovery. Prices hit $4.33 this week after the Biden administration took steps to ban Russian oil imports, boosting the prospect of higher short-term inflation while threatening economic growth and spending and even reshaping hiring patterns. Higher energy costs are also complicating the Federal Reserve's efforts to rein in inflation, which jumped to a new 40-year high this week.

Economists say the one-two punch of rising prices and the intensifying geopolitical crisis could put the brakes on the rapid rebound. Goldman Sachs this week lowered its forecast for annual U.S. economic growth, citing "higher oil prices," and said there is a risk the United States will enter a recession in the next year.

But unlike in the 1970s, when spiking oil prices triggered a years-long downturn, the underlying strength in the U.S. labor market, combined with extra household savings and a reduced reliance on oil, could help shield the country from economic turmoil.

"The rise in energy prices will weigh on U.S. economic growth," said Peter McCrory, an economist at J.P. Morgan. "But overall we still are looking for above-trend growth for the year."

The average price for a gallon of gas jumped 13% this week, according to AAA. Overall gasoline prices are up 38% from a year ago, according to the Labor Department's latest inflation figures.

That sudden jump is creating new challenges for Dennis Coyle, who owns a landscaping business in Morris County, N.J.

"My entire business runs on gas: cars and trucks, lawn mowers, weed whackers, leaf blowers," he said. "The simple math is that if prices stay this high, my fuel costs are going to go from $20,000 to $40,000 this year."

Coyle, whose employees drive Ford pickups, has begun raising prices for some of his customers by $1 or $2 a week, though he says he's wary of driving them away.

"In my type of business, if you raise peoples' prices, they'll just go somewhere else," the 35-year-old said. "It's really hard to know what to do."

As gas prices rise, consumer spending tends to fall. Each 10% increase in gas and oil prices means consumers will have to spend an additional $23 billion a year to keep up with earlier spending patterns, analysts at J.P. Morgan found. But the pandemic has also boosted Americans' bank accounts, leaving them with an additional $2.5 trillion in savings to help cushion that blow.

"Oil price shocks tend to not have as severe of an impact on the aggregate U.S. economy as they once did, but there are still concerns - about not just energy prices, but general inflation leading to recession," said Harrison Fell, a senior research scholar at Columbia University's Center on Global Energy Policy. "There is still a lot of uncertainty about which way things could go."

For businesses that rely heavily on fuel, recent price jumps have already become a major sticking point. Airlines, for example, typically spend about one-third of their expenses on fuel, which means any spike in prices has a discernible impact. As a result, some international carriers are already tacking on fuel surcharges to ticket prices. Alaska Air Group is cutting back on up to 5% of its flights in the first half of the year as a result of "the sharp rise in fuel costs," it said in a corporate filing this week.

And though many airlines lock in lower rates by "hedging" oil prices - essentially committing for future use - major U.S. carriers including United Airlines and American Airlines do not, making them particularly susceptible to swings in energy costs. Experts say airfares, which are already ticking upward because of heightened demand and rising jet fuel costs, are likely to surge even higher in the coming months as the industry factors in the latest energy shocks.

At the same time, rising gas prices could also lead consumers to pull back on travel and retail spending. Executives at clothing chain the Children's Place said this week that "the volatility surrounding oil and gas prices and its impact on our customer" were likely to eat into sales and profits, while outstripping the benefits of last year's federal stimulus payments. Meanwhile, online retailer Overstock.com is already paying more for ground shipping because of rising fuel costs, according to chief executive Jonathan Johnson.

"We do feel it," Johnson said. "And we suspect - though it's probably a little early to tell - that customers are being extra careful with how they spend their discretionary income."

"Higher energy costs impact businesses on both sides of the equation: By raising their costs and also leaving consumers with less money to spend on other things," said David French, senior vice president of government relations at the National Retail Federation, an industry trade group. "We've seen more than a dollar increase in the price of gas in the last year - and something like 60 cents this week alone - which means a lot of billions of dollars are probably not getting spent at other establishments because of gas prices."

Beyond lifting gas prices, spikes in energy costs could reshape the mix of U.S. job openings and exacerbate labor shortages in certain industries, according to Guy Berger, principal economist at LinkedIn. Sectors like leisure and hospitality, which have been rapidly hiring back workers in recent months, could scale back if consumers start canceling travel plans because of higher prices.

On the flip side, energy and mining companies - where hiring has stalled during the pandemic - could see a resurgence of demand.

"If crude oil prices remain sky high, it's going to reallocate job openings across sectors and geographies," Berger said. "Up until now energy and mining have been among the least well-performing industries during covid, but that could quickly change."

In Palestine, Texas, EasTex Solar has increased its workforce by 30% in the last year to keep up with demand, according to owner Cal Morton.

Demand for solar panel installations with battery storage quadrupled in early 2021 after severe winter storms left much of the state without power for days, he said. Business has remained brisk since and continues to increase week over week.

"People in Texas have a real awareness of energy prices and are starting to realize prices won't remain cheap forever," he said. "Many just got their highest electric bill of the year and, at the same time, they're worried that energy prices are going to shoot up because of the war."