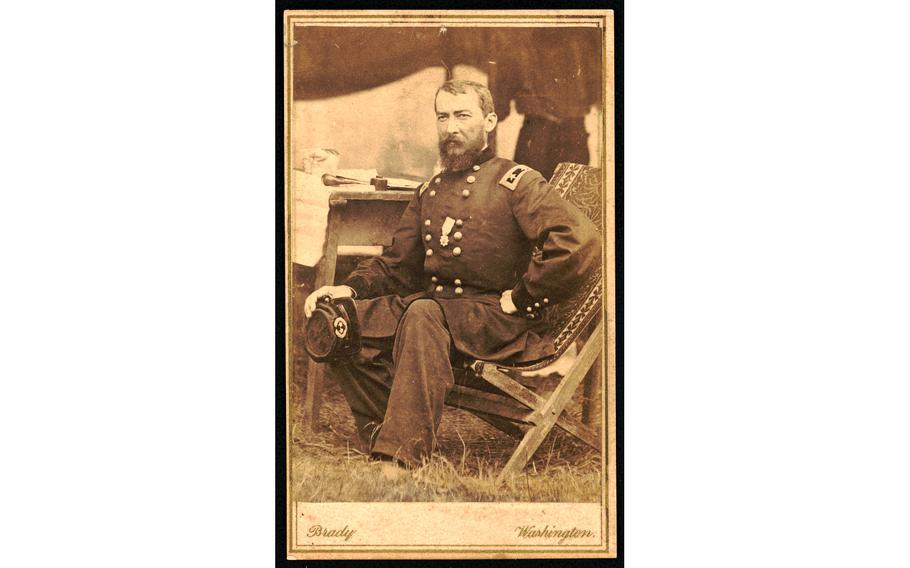 Lt. Gen. Philip Sheridan, shown in 1862, was a proponent of protecting Yellowstone and pushed for better federal funding for it. (Brady’s National Photographic Portrait Galleries/Library of Congress)

In 1883, the public was transfixed by Yellowstone National Park, and not in a good way. This 2-million-acre natural treasure — mostly in Wyoming but with some land in Montana and Idaho — was being despoiled by commercial interests through the slaughter of wild animals, unrestricted logging and vandalism of hot springs.

On Feb. 25, a letter published in the New York Sun heightened the sense of crisis. The author warned of “mammoth mistakes” at Yellowstone — which marks its 150th anniversary this month — and urged Congress to prevent the killing of the once-plentiful buffalo (specifically American bison), the last of which were now being hunted to extinction at the park. “Their slaughter has been criminally large and useless,” he wrote.

The letter was signed by William Cody, better known as Buffalo Bill. Ironically, he had earned that nickname 15 years earlier for killing 4,000 buffalo as a contract supplier of meat to the railroads as they laid down track across the West. Of the estimated 30 million bison that roamed the Great Plains in in the 1850s, only a few thousand remained in isolated pockets in 1883.

Cody described in detail the destruction taking place at America’s first — indeed, the world’s first — national park. He wrote that the plan to supply park hotels with wild game by hunters was being “thoughtlessly carried out” and that Native Americans never killed buffalo and elk there because they looked upon the majestic scenery and geothermal marvels at Yellowstone with a spiritual “awe.”

Cody had not actually been to the park in at least 10 years and really didn’t know what was going on there at the time. So why did he write the letter? Most likely as a favor to an old Army buddy.

Lt. Gen. Philip Sheridan, commander of the Cavalry Corps in the Civil War and the architect of the brutal Indian Wars on the Great Plains, had long advocated for Yellowstone to be protected. Cody, who served as chief of scouts for the U.S. Cavalry under Sheridan in 1869, would become the frontman for the commanding general of the Army in shaping public opinion to save the park.

Established through a law signed by President Ulysses Grant on March 1, 1872, Yellowstone National Park was seen as a way to preserve and showcase one of America’s great natural beauties. The stunning scenes of geysers and grizzlies, waterfalls and wildlife, and forests and flora captured the attention and imagination of newspaper and magazine readers by the thousands, tempting a tidal wave of tourists from the East to this isolated expanse. 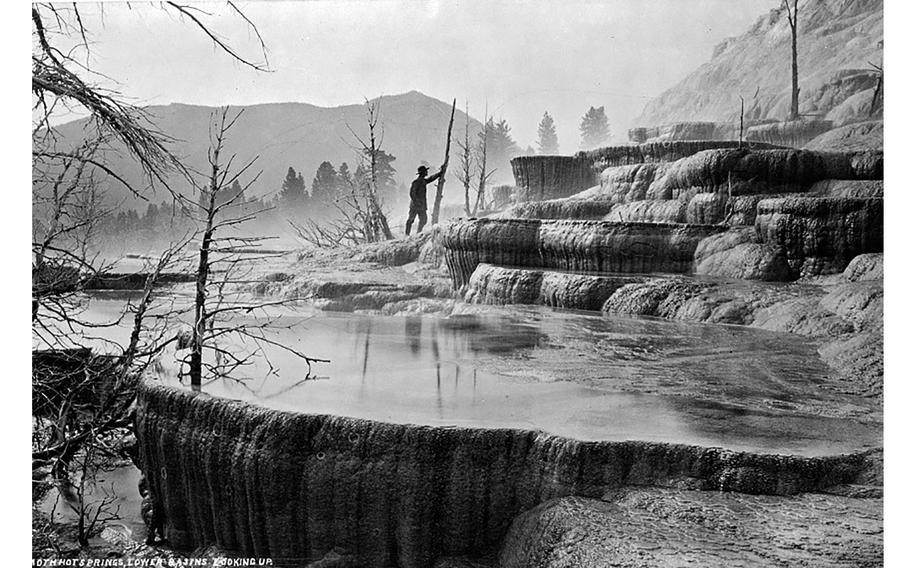 The trouble was, Congress had done little to fund the new idea of a national park. A succession of superintendents had little staff and virtually no money for management and supervision of this large swath of wilderness.

Instead, commercial enterprises — some illegal — began building hotels, restaurants and other venues while prospectors and loggers pillaged the park almost at will. Many visitors treated the hot springs as their own personal hot tubs, causing irreparable damage.

Sheridan made two early trips to Yellowstone — first on an inspection tour in 1877 with Gen. William Tecumseh Sherman and again in 1881. After the second visit, Sheridan wrote a report urging more funding than the $15,000 the government was spending there each year.

“A larger appropriation should be given by Congress and an engineer officer should be detailed to expend it on improvement of the trails and roads, with a company or two of cavalry to be stationed in the park for the summer to watch and prevent the burning of forests and the mutilation of the great craters and other similar phenomena of the geysers,” he wrote.

In 1883, the Department of the Interior was about to grant permission to a private contractor to develop more than 4,000 acres of park land for commercial use. The Yellowstone National Park Improvement Co. would have private control of certain areas and planned to build a railroad into the park. In fact, the firm had already produced some 1.6 million board feet of lumber from pristine forests in the park to build a 250-room hotel at Mammoth Hot Springs in Yellowstone.

Many — Sheridan included — feared this would lead to the devastation of a natural wonder, much like what happened at Niagara Falls, which was converted into a commercialized tourist trap. (Critics of commercial development at Yellowstone used the term “Niagarizing.”)

After years of speaking out about protecting Yellowstone, “Fightin’ Phil” decided it was time for action. He enlisted the aid of numerous supporters, including Cody, who headed the popular Buffalo Bill’s Wild West, a touring show entertaining audiences around the world with a heavily romanticized view of life on the Great Plains.

For his counteroffensive, Sheridan also decided to pull out the big gun: President Chester Arthur. Sheridan invited Arthur, an avid angler, to visit Yellowstone in the summer of 1883 as part of a fact-finding and fishing trip. Also joining what became known as the President Arthur Expedition were Secretary of War Robert Lincoln (son of Abraham Lincoln) and Sen. George Graham Vest of Missouri.

Sheridan planned the whole excursion, including rail travel to Wyoming — nearly 2,000 miles from Washington, D.C. — as well as a 75-man U.S. Cavalry detachment for protection and 175 pack animals to carry supplies. The entourage arrived at Yellowstone on horseback in August, spending a week touring the park and wetting their lines in trout ponds along the way.

No reporters were invited on the expedition. Instead, Sheridan and one of his adjutants wrote dispatches for Arthur’s approval, which were then taken on horseback by military couriers to the nearest telegraph station. Newspapers around the country closely followed the trip, especially since the United States was without a head of state in Washington. (Arthur had no second-in-command, since he became president following the assassination of James Garfield in 1881.)

The Yellowstone sojourn was a huge public relations victory for Sheridan and other proponents of protecting the park, including Vest. The senator from Missouri would continue to prod Congress to enact legislation to safeguard the park. 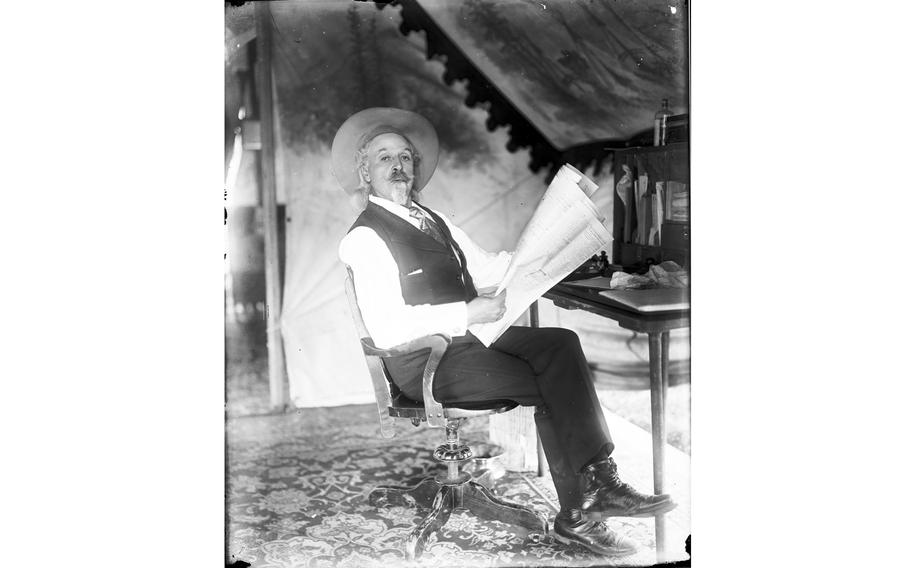 Though one major bill he sponsored that year went down in defeat, Vest was able to pass a resolution that required Senate oversight of all private contracts, effectively ending privatization within the park. The Yellowstone National Park Improvement Co. went bankrupt, and no railroad was built.

The battle may have been won, but the war was not over. Sheridan and Vest would continue to push Congress to adequately fund management of Yellowstone. Each year brought a new struggle to appropriate money. In the meantime, there was almost no enforcement of the laws protecting the 2.2-million-acre site.

The situation came to a head in 1886, when Congress allotted no funding at all for the national park. But Vest’s 1883 resolution included a key provision for protecting Yellowstone, allowing the secretary of the interior to request assistance from the secretary of war. After that appeal was made, Sheridan — the top general in the Army at the time — ordered the cavalry to the rescue.

On Aug. 17, 1886, Troop M of the First Cavalry Regiment rode into Yellowstone and began to enforce park regulations and arrest lawbreakers. The soldiers constructed Camp Sheridan, later renamed Fort Yellowstone, and put an end to illegal hunting, mining, deforestation and vandalism at the park. The cavalry unit also built some of the early infrastructure, including roads and trails.

The buffalo mentioned in Cody’s letter would also finally get the protection they so desperately needed. Today, nearly 5,500 bison remain in Yellowstone, with a total population of around 31,000 in North America.

Troop M would remain at Yellowstone for another 32 years, before it rejoined the First Cavalry Regiment in 1918. Its official duties of park protection had ended two years earlier, when the National Park Service was established. Park rangers today owe a debt to the precedent set by the soldiers. In fact, the reason they wear their trademark wide-brim hats is because of the similar campaign hats adopted by their predecessors in the U.S. Army in 1911.

Cody would go on to enjoy many years as a showman, thrilling audiences around the world with his Wild West extravaganza, which included live buffalo and appearances by Sitting Bull, leader of the Lakota Sioux, who was born along the Yellowstone River. In 1902, Cody opened the Irma Hotel in Cody, Wyo., about 25 miles from the park. Cody died in 1917 knowing that the buffalo had a safe home in Yellowstone.

Sheridan was appointed general of the Army — the equivalent of a five-star general — by President Grover Cleveland shortly before his death by heart attack at 57 in 1888. Mount Sheridan in Yellowstone is named in his honor.