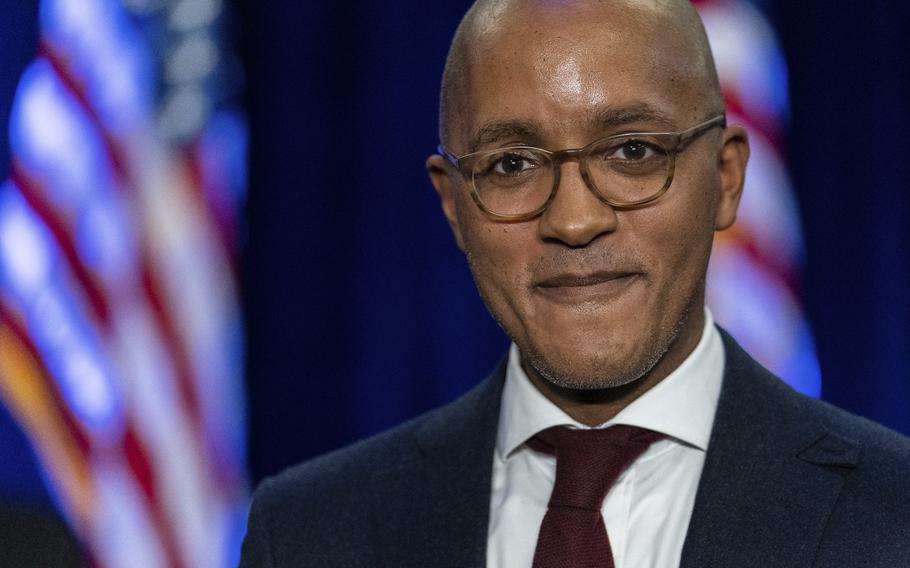 A former U.S. TV producer has been charged with violating U.S. sanctions against Russia, imposed in 2014 as a result of its annexation of Crimea.

The Department of Justice said Friday that it had charged John Hanick, a.k.a. Jack Hanick, 71, for the violations and for making false statements to the FBI in connection with his work with Russian oligarch Konstantin Malofeyev.

Malofeyev had been tied to financing the promotion of Russia-aligned separatist groups operating in Ukraine, according to U.S. Attorney Damien Williams for the Southern District of New York.

Hanick is accused of working directly for the oligarch on multiple TV projects over several years.

The charge is the first criminal indictment alleging a violation of Crimea-related U.S. sanctions. The Department of Justice said it showed the government’s commitment to enforcing laws intended to stop rich individuals using their wealth to undermine democracy.

This week President Biden announced a new round of sanctions against more than a dozen Russian oligarchs and their families after Russia provoked international outrage by invading Ukraine.

A number of major U.S. media and tech companies, including Apple, Spotify, Netflix, Disney and Warner Bros., have announced plans to pull projects or restrict access to Russian state programming in response to the invasion.

Malofeyev had been sanctioned for threatening Ukraine and providing financial support to the Donetsk separatist region, the Justice Department said.

Hanick helped Malofeyev create TV networks in Russia, Bulgaria and Greece, which was a violation of those sanctions. Hanick worked for the oligarch from 2013 to 2017, the DOJ said.

Hanick was arrested in London, U.K. earlier this month and charged with violating the International Emergency Economic Powers Act, which carries a maximum penalty of 20 years in prison and faces possibly another maximum five years for making false statements.

The complaint states that Hanick was a producer for a cable network based in New York City from 1996 to 2011.

Hanick was a director at Fox News Channel during that period, according to his LinkedIn profile.

He had previously worked at CNBC with Roger Ailes and had come over to Fox News with Ailes at its inception in 1996. He was a weekend daytime director for the network.