(Tribune Content Agency) — Under direction from the White House, the Federal Aviation Administration has banned all Russian aircraft from U.S. airspace.

No Russian airliners or private jets will be allowed to land in or fly over the United States. President Joe Biden announced the closure Tuesday evening during the State of the Union address.

The move in response to Russia's invasion of Ukraine follows earlier bans in Europe and Canada.

The UK banned Russian flights from its airspace on Thursday, the first day of the invasion. The European Union and Canada followed Sunday.

The Russian Civil Aviation Authority took reciprocal action against those countries, closing its own airspace to the airlines of 36 countries as of Monday.

And for safety reasons no airlines can fly over or close to the war itself, including Ukraine, Belarus and eastern Russia.

In 2014, Russian-backed forces took over eastern parts of Ukraine and in the conflict that ensued shot down a Boeing 777 operated by Malaysia Airlines with a surface-to-air missile, killing all 298 people on board.

The Canadian ban forced Russian carrier Aeroflot to cancel some flights to the United States that would typically fly over Canada.

On Sunday, an Aeroflot jet from Miami to Moscow nevertheless entered Canadian airspace.

Transport Canada, the country's aviation regulator, said on Twitter that it has launched a review of the airspace violation. "We will not hesitate to take appropriate enforcement action and other measures to prevent future violations," the agency said.

With most of the western world now closed to Russian planes, the country's commercial aviation sector will be confined largely to domestic services.

And with Russian airspace closed to them, western airlines will have to fly longer routes to some international destinations that typically fly over the Russian polar region. 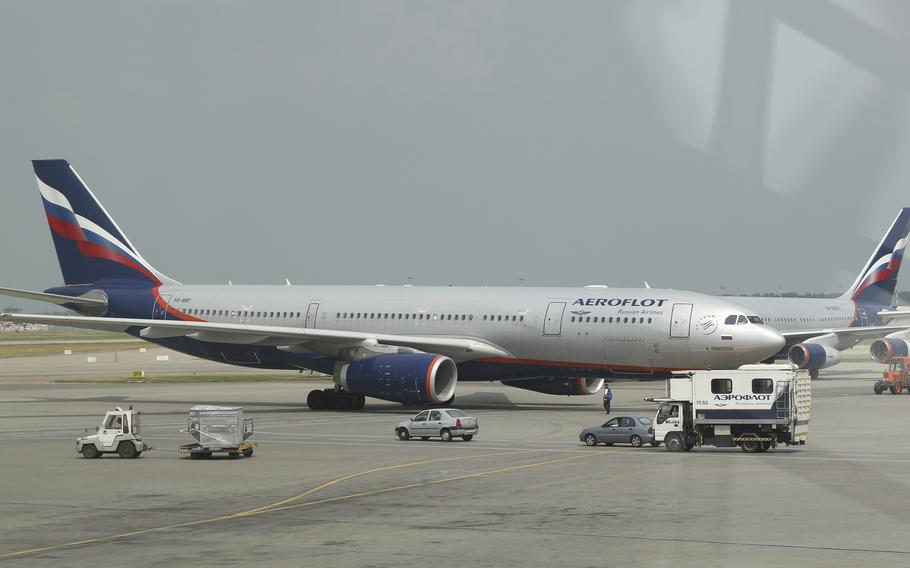 The Airbus A330 aircraft used for an Aeroflot international flight is prepared at Sheremetyevo airport in Moscow, on June 27, 2013. (Sergei Grits/AP)