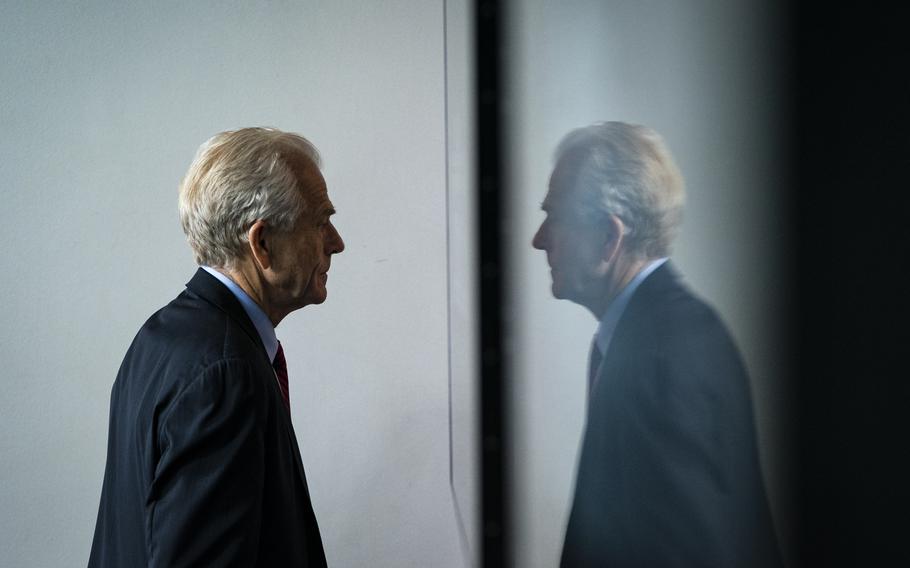 The White House Counsel’s Office informed former Trump national security adviser Michael Flynn and trade adviser Peter Navarro on Monday that President Joe Biden would not back claims of executive privilege to shield them from testifying before the House select committee investigating the Jan. 6, 2021, assault on the U.S. Capitol.

“President Biden has determined that an assertion of executive privilege is not in the national interest and therefore is not justified, with respect to particular subjects within the purview of the Select Committee,” said a letter to Flynn’s attorney from Deputy White House Counsel Jonathan Su. A similar letter was sent to Navarro. The letters were first reported by Axios.

Navarro responded with an email saying: “Mr. Biden is not the president I worked for. Donald Trump is. It is fanciful and dangerous to assert that a sitting president can revoke the Executive Privilege of his predecessor.” Navarro added in the email to the Biden White House: “See you at the Supreme Court.”

Flynn’s attorney, David Warrington, could not be reached for comment. But Axios reported that Warrington responded to the White House counsel saying that his client had not asserted executive privilege, nor had he refused to appear for a deposition by the Jan. 6 committee.

The decision by Biden is just the latest in a running series of disagreements with his predecessor over claiming executive privilege.

Last year, Biden rejected a similar claim by Trump regarding other White House documents sought by the Jan. 6 committee. Trump unsuccessfully sought to block the release of those records in court. In February, Biden ordered the release of visitor logs from the White House during Trump’s tenure to be turned over to the committee, over Trump’s objections.

Navarro, who was subpoenaed in early February, joined a long list of Trump advisers who cited the former president’s claim of executive privilege as a reason not to participate in the committee’s inquiry. Former White House chief of staff Mark Meadows sought to withhold some testimony, citing executive privilege. The panel voted to cite Meadows for contempt of Congress for failing to cooperate.

Stephen Bannon has also claimed the privilege, raising the question - which also applies to Flynn - of whether executive privilege could extend to a former adviser now outside the government. The Justice Department has indicted Bannon on a charge of contempt of Congress for his refusal to cooperate with the panel.

In his response Monday to the White House Counsel’s Office, Navarro took a swipe at the Jan. 6 inquiry and the Biden White House.

“You and the Biden regime along with partisan judges and the witch hunt otherwise known as the Jan 6 committee are doing great violence to the Constitution and the country,” he wrote.

The Washington Post’s Josh Dawsey and Jacqueline Alemany contributed to this report.