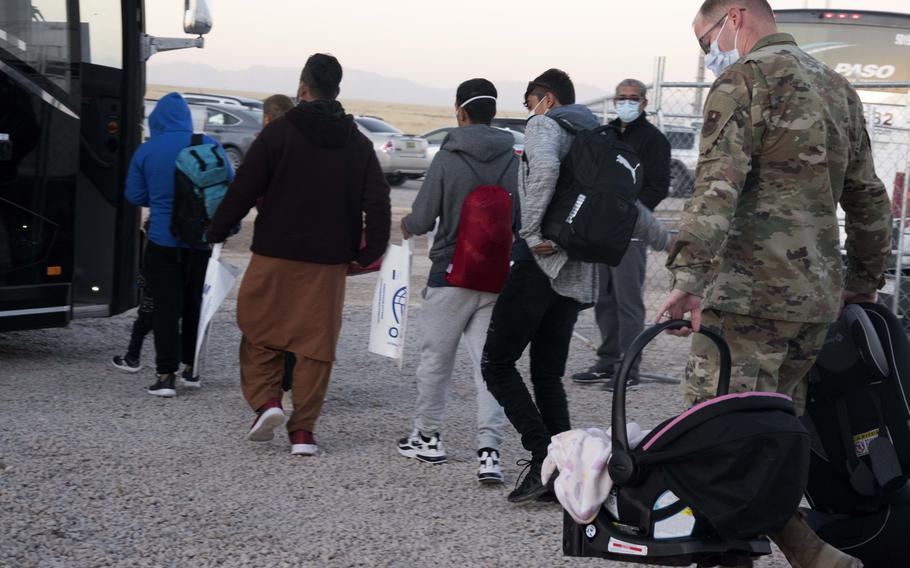 CARLISLE, Pa. (Tribune News Service) — Seven months after the United States military left Afghanistan, and three months since he's been in Carlisle, a former major in the Afghan National Army talked Sunday about how he's still being sought after by the Taliban.

The major, whose name The Sentinel is withholding due to the ongoing threats his family and others left behind in Afghanistan face, said he's been able to keep in contact with members of his family who are still in Afghanistan. Through them, he learned about the Taliban's raid on his home this past week.

Amid ongoing reports of revenge killings committed by the Taliban against those who helped Allied forces during the "war on terror," the major counts himself lucky that he and his youngest brother were able to escape. However, a younger brother and former Afghanistan police officer remains in hiding — and his father, wife and child still remain in the country.

The major's story of joining the military in 2007 to fight for his country's independence and working with Allied forces like NATO was mirrored by many of the men who now find themselves refugees residing in the Carlisle area after being vetted at U.S. military bases.

The Partnership for Better Health in coordination with Bosler Memorial Library and Carlisle Borough held a special welcome reception for Afghanistan refugees Sunday at the library. Area elected and judicial officials, as well as organizations like Sadler Health Center providing information and resources that will help them rebuild their lives in and around Carlisle.

The aim of the event was to provide guidance on food assistance from Project SHARE, job searches and English as a Second Language classes at Employment Skills Center, and arts and other activities for children from Carlisle Arts Learning Center and Bosler.

These are basic needs for families who left nearly everything behind.

A two-star general made it out with his family but now faces the task of starting over in a new country. Others were able to evacuate with their wives and children, but currently live in a hotel as they await better housing options. A number, like the major, have already found work, though they may only have bicycles to get there, even during winter.

This has been the process for the refugees who settled locally, all of whom were either interpreters or members of the Afghanistan military. In just a quick list of recognition among those in the crowd, there were colonels and others from the Afghan National Army, a number of surveillance and intelligence officers with the National Directorate of Security (NDS), and those who worked at the U.S. embassy in Afghanistan.

The general was among those who spoke to the crowd, and his words — as well as words from other speakers — were translated by Mohad Ghafoori, who has lived in Carlisle for five years and volunteered to translate at the event. For the general, the U.S. withdrawal and evacuation served as a setback for what he hopes will eventually lead to a democratic Afghanistan.

Those like the general and the major find themselves in Carlisle because of local efforts to help those fleeing their country. Rev. Mira Hewlett, executive pastor at Carlisle United Methodist Church, has acted as point person for connecting local sponsors with Afghanistan families who need help, but she was quick to point out that it's a community effort that helped bring refugee families to Carlisle.

"We have 12 sponsorship groups helping 13 families," she said. "Most of the groups have four to five people. They can come from churches, but some are independent groups. Two groups are just neighbors who came together."

Hewlett said there are currently six more families awaiting sponsorships to help them resettle in the Carlisle area. She said the families are chosen based on need and sometimes groups are connected based on their backgrounds, with a military family sponsoring the general's resettlement in Carlisle.

The major was hopeful his family will be among those who make it out of Afghanistan to join him as he and his brother rebuild their lives.

"We're still trying to get them out, that's what's important for us," he said. "For now, every day, I'm familiarizing myself with America, and I'm learning something new. I hope to go to college or do something technical and get a certificate to improve my life in a better way."