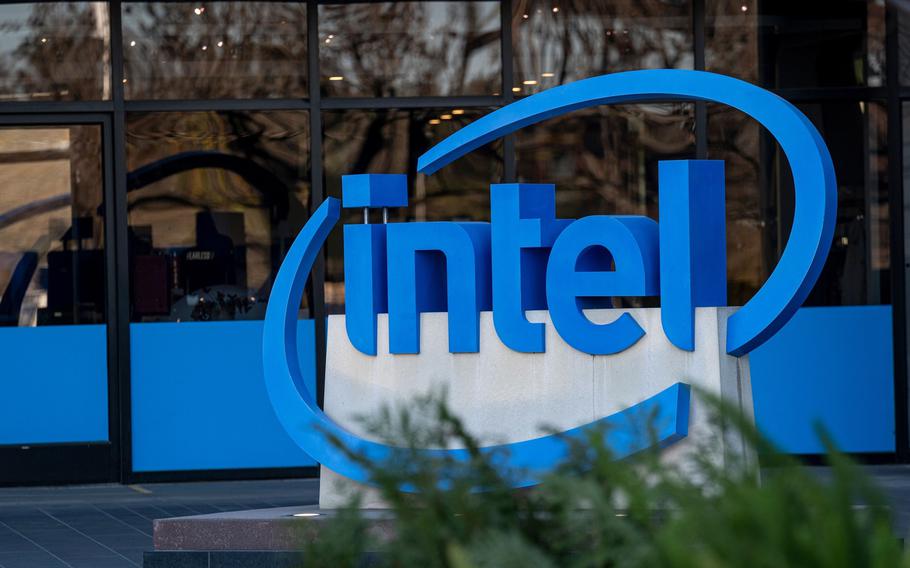 Intel Corp.’s new bitcoin mining chip may turn out to be the first major challenger to the Chinese rig manufacturers that have dominated the market for years.

Chinese manufacturers Bitmain and MicroBT have a lion’s share of the Bitcoin mining hardware market due to the proprietary technology they use to make their high-performing chips. Few competitors appear to have been able to make a chip that can match them until now.

Bitcoin mining, which is earning rewards in bitcoin by using computers to secure the cryptocurrency’s network, has become a lucrative business amid the surge in the price of Bitcoin in recent years, enriching the rig makers along the way. The mining industry raked in $15 billion in revenue in 2021, more than double the previous year, according to research from The Block.

“Having a U.S.-based manufacturer with the size, scale and credibility like Intel is fantastic for the entire crypto industry,” said Dave Perrill, chief executive of Eden Prairie, Minnesota-based Compute North, which provides Bitcoin miners with data centers to operate their machines. “Competition is a good thing.”

One chief reason for miners to welcome a competitor like Intel is the current pricing model and purchasing terms, which are set by the top manufacturers, burden their buyers with varying financial risks and operational costs. A fixed price, which will be offered by Intel, provides more predictability.

The manufacturers make pre-orders of their latest models available for buyers before they have the inventory. However, the buyers won’t know the actual price until the manufacturers ship the machines and they are given a price range, said Nick Hansen, chief executive of Seattle-based mining pool and hardware brokerage company Luxor.

Prices of pre-ordered machines are updated everyday within that range based on the manufacturers’ internal pricing models. Bitcoin’s spot price and the payback period, which is the time needed to break even, are key factors in these models, Hansen said.

The internal pricing models could strain bitcoin miners’ cash flow and pose even more risks when the miners face a potential shakeout during bear markets as the pricing models give great weight to the bitcoin price.

“Our customers want clarity,” Perrill said. “They want to know that next week bitcoin mining machines’ prices are not going to shift by 50% given the volatility of the bitcoin market.”

Another reason Chinese makers do not sell machines at a fixed price is they do not have much control over its suppliers’ pricing, therefore these companies have less control over the final price for its mining machines, said Lei Tong, head of lending at Hong Kong-based Babel Finance, which provides lending services for bitcoin miners.

The 25% tariff imposed on imported mining machines from China adds more cost to the buyers, which could also be a significant factor for miners to make purchases. Unlike Bitmain and MicroBT, Intel has more control over its suppliers’ pricing due to the company’s influence and scale in the semiconductor industry, Tong said.

“Being located here gives a lot of advantages to Intel in the domestic market,” Perrill said. “Things like warranty claims, repair and how to handle the e-waste are really tipped in Intel’s favor.”

“The biggest thing for us is what happens to older grade machines,” Perrill said. “My hope is that Intel brings a more enterprise grade approach to this business, manages and configures millions of computers at scale.”

Details on Intel’s second generation chip, such as power efficiency and pricing, are yet to be available and some miners are skeptical of the significance of Intel’s entry to the industry. Intel revealed its first generation chip has the power efficiency of 55 joules per terahash falling far behind Bitmain’s latest model, according to Intel’s paper submitted to the International Solid-State Circuits Conference. The details on its second generation product, which is what the buyers are purchasing, will be released at a later time, a spokesperson from Intel told Bloomberg.

Power efficiency is arguably the most important specification for miners to gauge the profitability of a bitcoin mining machine, Tong said. High power efficiency chips can save energy cost, which is one of the biggest costs for bitcoin miners.

There are two things that determine a manufacturer’s ability to mass produce a chip. One is the chip’s design, while the other is whether it has a reliable supply chain for the components.

“It could take a few years for Intel to catch up with Bitmain on all fronts,” Tong said. “But Intel’s entry is definitely a good thing for the industry.”