Trump's not giving his mountains of cash to other Republicans 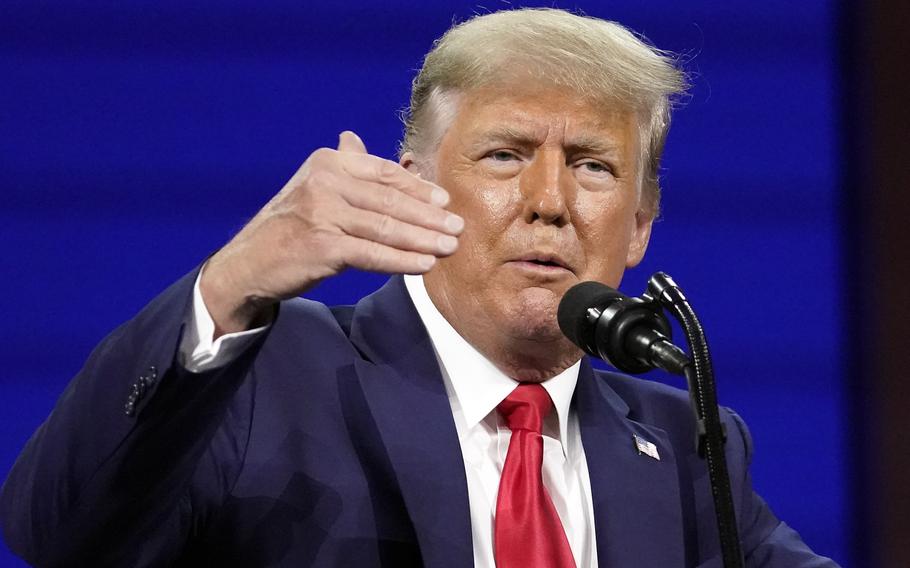 (Tribune News Service) Donald Trump's Save America ended January with $108 million in the bank, yet the former president's political action committee didn't donate any of it last month to the dozens of candidates he's backing.

Though his name won't appear on any ballot in November, Trump will have plenty of money to make his presence felt in the midterms. Trump's leadership PAC took in $4.1 million and spent $1.5 million in January, according to its latest filing with the Federal Election Commission.

Meanwhile, the Republican National Committee raised $13 million and spent $17.6 million, including a $5 million donation to the National Republican Senatorial Committee, which backs GOP candidates for the upper chamber.

Trump has endorsed GOP candidates running this year, focusing on those who support his baseless claims the 2020 presidential election was stolen from him or are challenging Republican incumbents who opposed him. He's championed more than 140 candidates since leaving the White House, about half of whom are running for federal office. He's also endorsed politicians running for state and local positions as well as Hungarian Prime Minister Viktor Orban.

Save America has donated just $350,500 to candidates since July. That's less than the $838,000 the PAC has spent on event staging and related expenses in January.

Trump has wide latitude on how he spends the PAC's money. The federal law that bars candidates from spending campaign money on personal expenses doesn't apply to money raised for a political action committee. Trump could use the war chest to hold rallies, purchase air time and fund organizations that promote his agenda.

One thing Trump can't spend the money on is a 2024 presidential race. If he became a candidate, Save America would be limited to giving his campaign $5,000 per election. Unable to use the PAC's millions to pay its expenses, a new Trump presidential effort would have to start raising money from scratch.