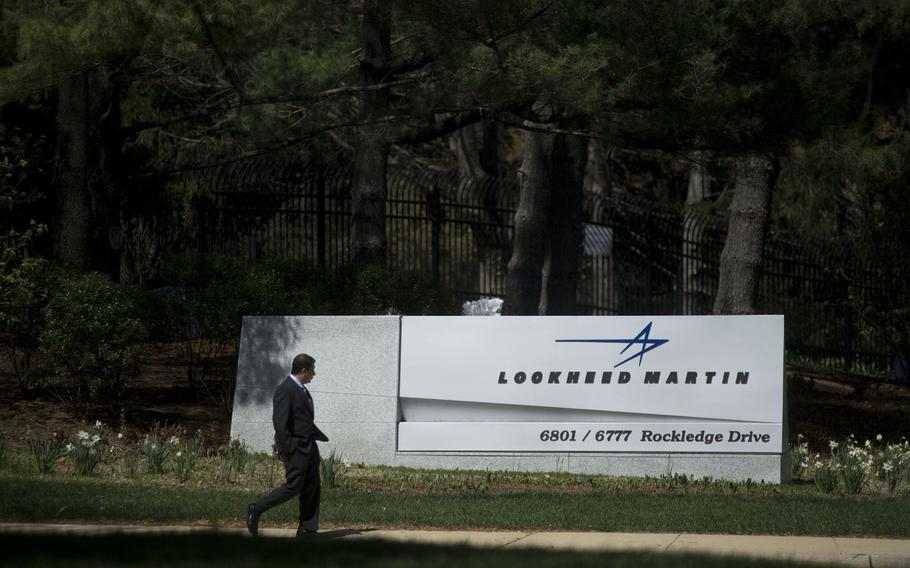 Lockheed Martin headquarters in Bethesda, Md., in April 2014. Lockheed ended its bid to buy Aerojet Rocketdyne after the Federal Trade Commission sued to block the $4.4 billion deal on the grounds it would hurt competition among defense contractors. (Andrew Harrer/Bloomberg )

Lockheed Martin ended its bid to buy Aerojet Rocketdyne after the Federal Trade Commission sued to block the $4.4 billion deal on the grounds it would hurt competition among defense contractors.

The planned acquisition would have led to “greater efficiency, speed, and significant cost reductions for the U.S. government,” Lockheed Martin Chairman and CEO James Taiclet said in a statement. “However, we determined that in light of the FTC’s actions, terminating the transaction is in the best interest of our stakeholders.”

The unraveling merger complicates Bethesda, Md.-based Lockheed’s efforts to develop hypersonic weapons — a critical U.S. defense imperative — after the company had planned to bring Aerojet’s propulsion systems in-house. It also raises questions for Aerojet, which now faces a proxy battle as its leaders spar over the defense supplier’s future.

The deal was only 0.3% accretive for 2022 because of large inter-company sales, Jefferies estimated in a report.

“The absence of the deal could accelerate share repurchases, but the deal appeared to have little impact to cap deployment just given its size and flexibility to finance with debt,” according to analysts led by Sheila Kahyaoglu.

The proposed acquisition was an early litmus test for President Joe Biden’s push to take a harder stance against mergers across the economy.

It was the second major challenge brought by FTC Chair Lina Khan in as many months. In December, the agency sued to block Nvidia’s purchase of Arm from SoftBank.

On the Lockheed transaction, the FTC voted 4-0 to file a complaint in the agency’s administrative court and sought an injunction to block the deal in federal court. The U.S. Defense Department also weighed the merger’s impact on national security and defense consolidation, but wouldn’t reveal its recommendation to the commission.

Raytheon Technologies had urged the FTC to block the merger, while U.S. Senator Elizabeth Warren warned about the harm to the defense sector if the last major U.S. rocket-propulsion manufacturer were to be swallowed up by the world’s largest defense company.

In its complaint, the FTC said the proposed acquisition would’ve hurt competition by giving Lockheed the “ability and incentive” to limit rivals like Boeing and Raytheon from gaining access to Aerojet’s engine technologies. They range from rocket motors to air-breathing hypersonic propulsion.

The deal was among the first strategic initiatives launched by Taiclet after he became Lockheed’s CEO in 2020. The takeover, announced just six months into his tenure, would have combined Aerojet’s expertise in rocket motors with Lockheed’s arsenal of missile-defense batteries and hypersonic weapons.

While it would be more efficient to have a single team of engineers working on the propulsion system and vehicle frame, “we can still manage it which ever way that deal works out,” Taiclet said during Lockheed’s Jan. 25 earnings call.

Aerojet said in a statement Sunday it will focus on its space exploration and defense growth markets to deliver value to shareholders, adding that it has a backlog that’s more than three times the size of its sales. The El Segundo, California company will provide further details about its financial performance and strategy on the fourth-quarter earnings report on Feb. 17.

The Jefferies analysts upgraded Aerojet to buy from hold earlier in the week “based on an attractive growth profile, capital deployment flexibility and valuation that was based on a deal break rather than the attractive standalone fundamentals.”

The merger’s collapse thrusts Aerojet into uncertainty as it now faces a proxy fight from its own executive chairman, Warren Lichtenstein. His investment firm, Steel Partners, said Feb. 1 that it would seek to replace several of the defense firm’s directors, including CEO Eileen Drake, to ensure Aerojet was “optimally positioned to continue the business as a standalone entity.”

Aerojet that same day revealed an internal investigation involving Lichtenstein and accused him of attempting to overhaul the board in order to secure his own position. Steel Partners, one of Aerojet’s largest shareholders, subsequently called the company’s disclosure misleading and retaliatory.