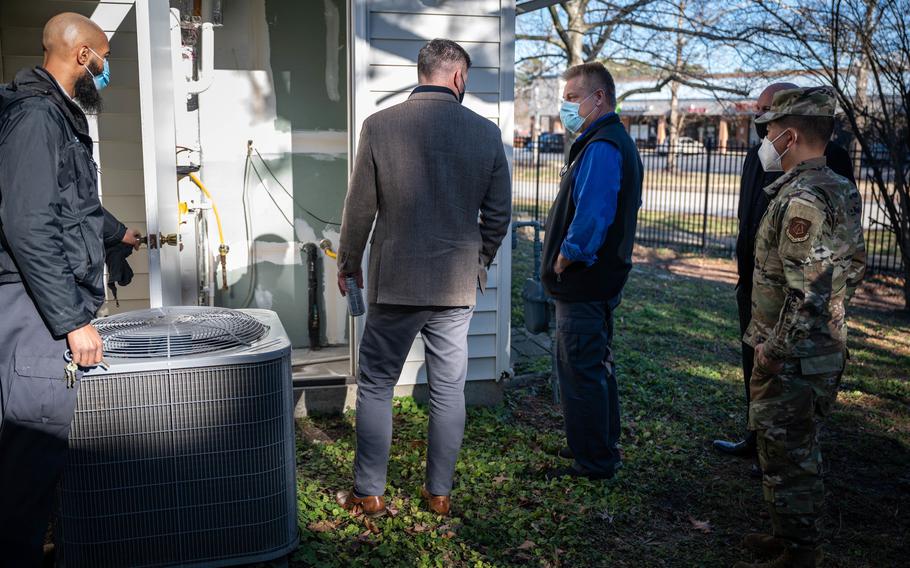 (Tribune News Service) — Now that airmen are moving into Langley Air Force Base houses left empty while the pandemic slowed transfers, Hunt Military Communities’ maintenance accounts are filling up and the company is stepping up preventive maintenance and replacement efforts.

After a recent visit, Hunt CEO Brian Stann and base officials set a series of window replacements and street repairs at the top of the to-do list.

Stann said Hunt’s “long term sustainment” accounts are growing because of rising rental income and a recent revision of terms of Hunt’s debt, which lower the company’s debt service payments on money borrowed when it took over management of some 1,400 houses in seven base neighborhoods.

Hunt is developing systems to analyze work order data and information on useful life of appliances and of major systems including roofs, water heaters, windows, heating and air conditioning in order to focus on preventive maintenance and on replacing items before the fail, Stann said.

“We want to get to these before they fail,” he said.

Stann took time while at Langley to inspect the state of Hunt’s houses, which range age from the small number of buildings dating back to the 1930s to larger total of homes built in the 1990s and early 2000s.

He said he felt most were in good shape, but added that the visit made clear that work on window replacements on older building and street repairs need to get started as soon as possible.

Stann said the visit was a chance for him and leaders of the 633rd Air Base Wing to refine the five- and 10-year housing maintenance plans.

Managing waiting lists for housing will be another challenge in the months ahead, with the upcoming arrival of some 760 Air Force personnel and contractors as F-22 training squadrons move to Langley, Stann said.

“We made a commitment to make housing the best it can be with our privatized partner,” said Col. Harry Hung, 633rd Air Base Wing vice commander, after Stann’s visit.

Under Hunt’s agreement with the Air Force, its rents are pegged to the basic housing allowance airmen receive, an amount that typically lags market rents.

Any surplus over operating costs and a capped profit for Hunt goes into accounts reserved for longer-term preventive maintenance and replacements.

“Before I started here, I watched the hearings,” he said, referring to Congressional investigations of complaints about poor conditions in military housing.