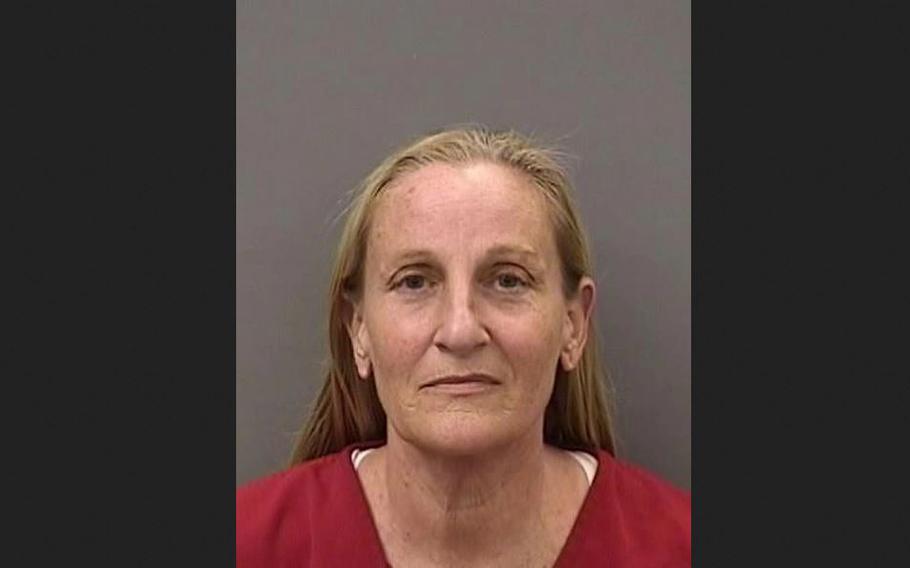 TAMPA, Fla. — A woman serving two life terms for killing her teenage children in 2011 while her husband was deployed overseas is seeking a new trial.

A Tampa jury rejected the insanity defense for Julie Schenecker, 61, and convicted her in the shooting deaths of her 16-year-old daughter Calyx and 13-year-old son Beau.

Schenecker is seeking a new trial in an appeal she filed herself, the Tampa Bay Times reported. She contends that the public defenders who represented her were ineffective. She argues that they should have sought to move the trial away from Tampa because of extensive local news coverage and that they didn’t call certain witnesses who could have bolstered her insanity claim.

State prosecutors said a hearing is necessary to address some of the 20 claims she made.

Judge Michelle Sisco ordered that Schenecker return to court for the March 10 hearing with a new attorney appointed to represent her. She has been brought to the Hillsborough County Jail from Lowell Correctional Institution Annex, a women’s prison near Ocala.

“I’m confident the work we did was good work. And I think the testimony of my attorneys will clearly show how much work and effort went to the defense of Ms. Schenecker,” she told the newspaper.

Officers said Schenecker was dazed from the effects of drugs when they found the children’s bodies in the family’s home on Jan. 28, 2011.

She told detectives that she shot the children, but also asked, “Are my kids coming in later?”

During the 2014 trial, Schenecker’s attorneys presented testimony about her mental health history and use of antidepressants and mood stabilizers. Prosecutors acknowledged her history of mental illness, but also pointed to a spiral notebook where she had written plans to kill the children as evidence she knew what she was doing.

Jurors later told news outlets her writings convinced them she was guilty. An appeals court affirmed her conviction and sentence in 2016.

In her new appeal, Schenecker said she wanted to testify during the trial but was urged not to do so. She claims one of her lawyers warned that the prosecutor would “eat her alive.” She said jurors would have had a better understanding of her state of mind had she been allowed to take the stand.