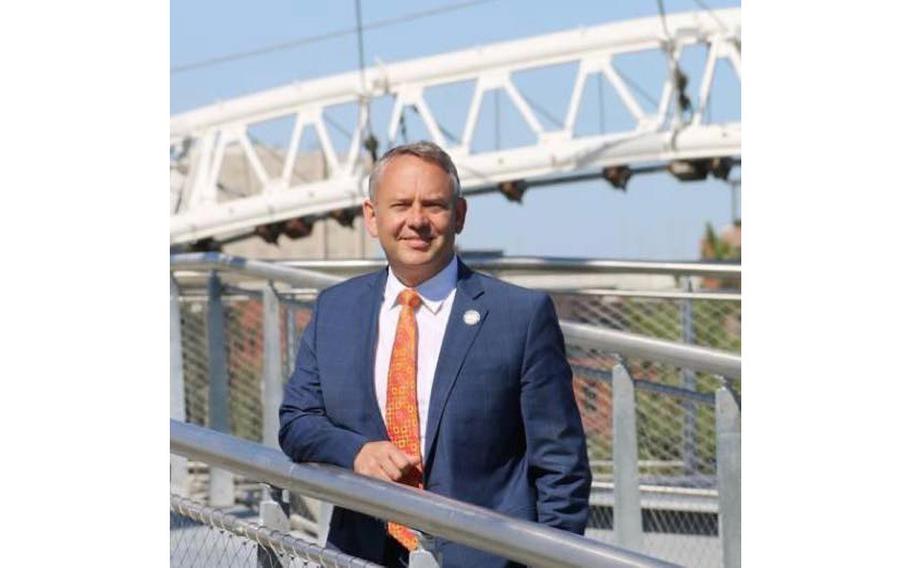 Former Spokane Mayor David Condon has been appointed as a civilian aide to the secretary of the Army. (Facebook)

SPOKANE, Wash. (Tribune News Service) — Former Spokane Mayor David Condon has been appointed as a civilian aide to the secretary of the Army.

Condon, who will serve as the civilian aide representing Eastern Washington, was sworn in on Tuesday.

"I am honored to be selected by Sec. (Christine) Wormuth to serve as the (aide) for Eastern Washington," Condon said in a statement. "After serving in the Army and in national and local government, I look forward to continuing my public service, to serve soldiers and advance the U.S. Army in Eastern Washington."

Condon served in the Army from 1996 to 2005, leaving at the rank of captain. He then worked in the office of Republican U.S. Rep. Cathy McMorris Rodgers from 2005 until 2011, where he was district director and deputy chief of staff.

After two terms spanning eight years in office as mayor of Spokane, Condon hit his term limit in 2019.