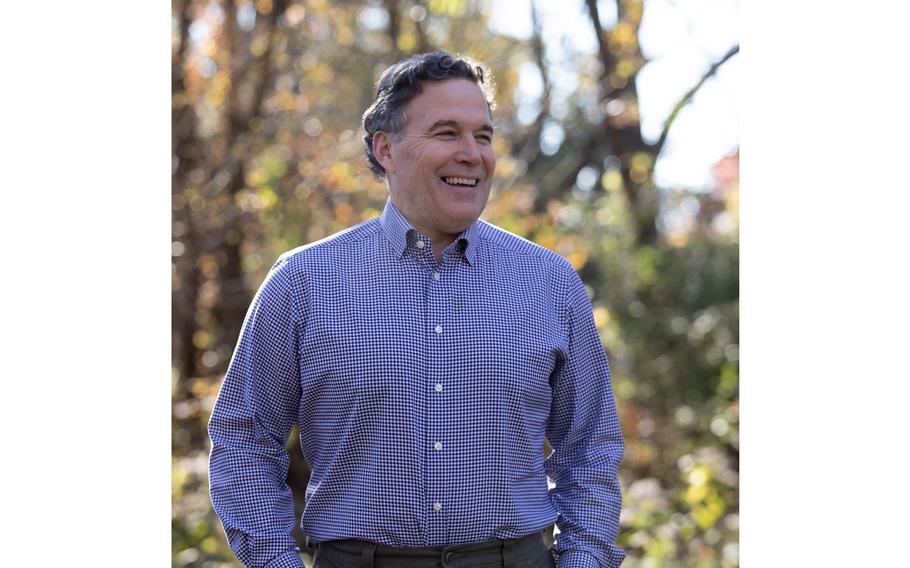 David McCormick, a U.S. Military Academy graduate and Gulf War veteran, said the United States’ recent withdrawal from Afghanistan was a catalyst in his decision to run for a seat in the Senate. (Facebook)

JENNERSTOWN, Pa. (Tribune News Service) — David McCormick, a U.S. Military Academy graduate and Gulf War veteran, said the United States' recent withdrawal from Afghanistan was a catalyst in his decision to run for a seat in the Senate.

The Pennsylvania native recently moved back to the commonwealth after living in Connecticut for much of his adult life to seek the Republican nomination in this year's race.

"Six months ago, I would have never dreamed that I'd be running for public office," McCormick said during a meet and greet at the Coal Miner's Diner in Jennerstown on Monday. "Then Afghanistan happened, and Afghanistan shook me because it was such a humiliation. It was such an embarrassment. It was such incompetence. It was such a lack of accountability. It left me sick to my stomach to watch what happened. You can listen to whatever spin you want, but you saw it all on your televisions, right."

McCormick continued: "It's not just Afghanistan. It's a 40-year high in inflation that's affecting working families. It's like the silent thief stealing money out of your pocket every day, as a result of (President Joe) Biden's socialist policies. It's our energy industry. There's been a war on our energy over the last year."

McCormick, a Princeton University-educated former hedge fund CEO and one-time Under Secretary of the Treasury for International Affairs, discussed a range of other topics, including China, crime, "cancel culture" and education.

He put the blame for a laundry list of problems on the Democrats.

"It's a disaster," he said. "It's literally a disaster, and President Biden and (Senate Majority Leader) Chuck Schumer and (Speaker of the House) Nancy Pelosi are going to take our country over a cliff if we don't do something about it. So that's why I'm running. That's why I'm running, because I want to push back on these forces, which I think are taking our country in the wrong direction. It's bad policy. It's a cultural shift that I think is taking us in the wrong direction. It's weakness. It's wokeness."