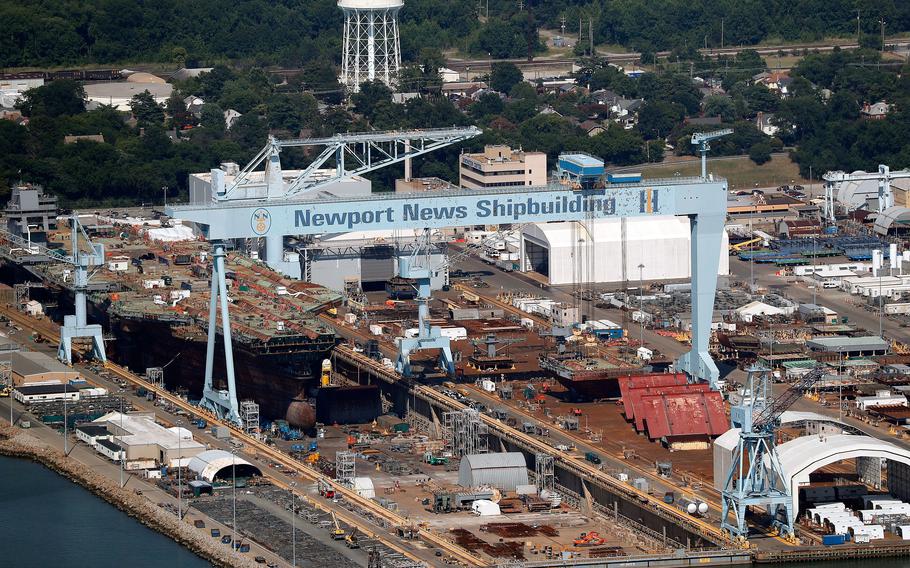 NEWPORT NEWS, Va. (Tribune News Service) Members of the largest union at Newport News Shipbuilding are considering a contract offer that provides for bigger initial across-the-board wage increases, but that keeps the overall increase over five years the same as in the proposal that United Steelworkers Local 8888 members rejected in November.

Over the five-year term of the proposed contract, shipbuilders covered by Local 8888′ s agreement would see at least an 11.75% increase in pay, the same as in the rejected contract.

In a mailing to members, Local 8888 said rejecting the offer would force members to take a strike vote. It said late notice and concerns about COVID-19 resulted in the small turnout of members, who voted to reject the earlier offer by a 1312-684 vote. Local 8888 represents 12,000 shipbuilders.

“This is a solid contract with the improvements we fought hard to win,” Local 8888 President Charles Spivey said in a message to union members. “These were not easy negotiations. But I believe this is the best deal we could bring back to our membership.”

The new proposal calls for an initial pay increase of 3.5%, which would be larger than the 2% in the rejected contract.

Like the rejected contract, the new proposal also calls for faster automatic progress up the shipyard’s pay grades, which means much larger increases over the course of its five year term for shipbuilders now in the lower-paid grades.

For entry level employees, that translates to a 66% increase over the term of the proposed contract. The overall increases are progressively smaller for those on higher pay grades.

Employee contributions to health care would increase by 5% a year in the final three years of the contract, as with the rejected contract.

Annual leave would be increased by eight hours. The monthly benefit payable at normal retirement has increased by about 8%.

Local 8888 said it rejected an option of bonuses rather than general wage increases that its counterparts at Huntington Ingalls Industries’ other shipyard recently accepted.