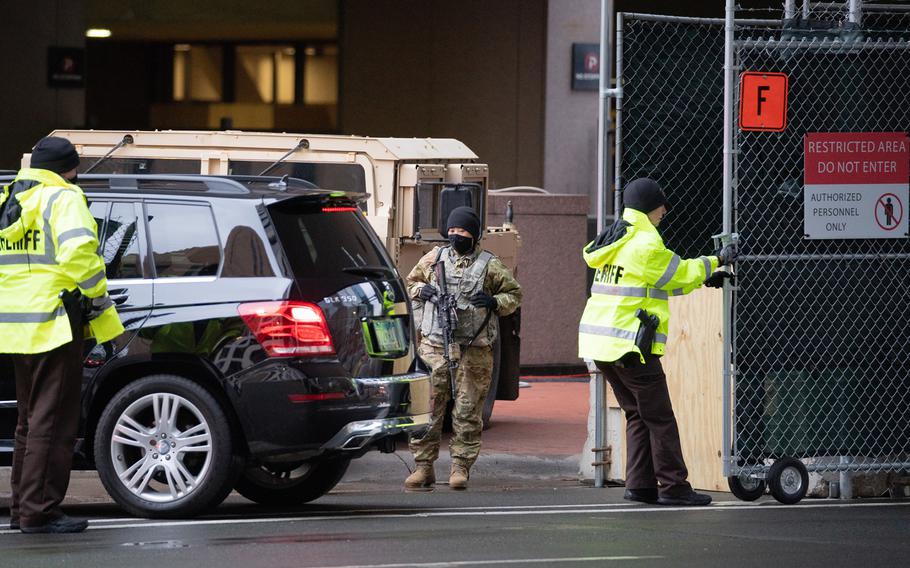 Walz is readying the guard after a request from St. Paul, which asked for state assistance if necessary. The governor deployed the National Guard in Minneapolis last spring to provide security around the trial of former Minneapolis Police Officer Derek Chauvin, who was convicted of murder and manslaughter.

"Out of an abundance of caution for the safety of Minnesotans, and at the request of the City of Saint Paul, I have authorized the Minnesota National Guard to make preparations to assist local law enforcement agencies as needed," Walz said in a statement. "The National Guard will be available to help keep the peace, ensure public safety and allow for peaceful demonstrations."

The order doesn't mean Minnesotans will start to see National Guard members around the city, according to a release from the governor's office, adding the state is preparing to provide aid to local law enforcement only if necessary.

The National Guard is also prepared if the city of Minneapolis requests assistance following the fatal police shooting in Minneapolis of Amir Locke, the release says.

The National Guard is authorized to help local law enforcement in preparations and planning activities around trial security, as well as efforts "to protect life and property, ensure public safety, and protect freedom of speech by allowing for peaceful demonstrations," according to the executive order.

The guard will be deployed "only where local law enforcement resources have been exhausted," the order continues.