Threat of Russian invasion is uniting Ukraine and the West, say NJ lawmakers just back from visit 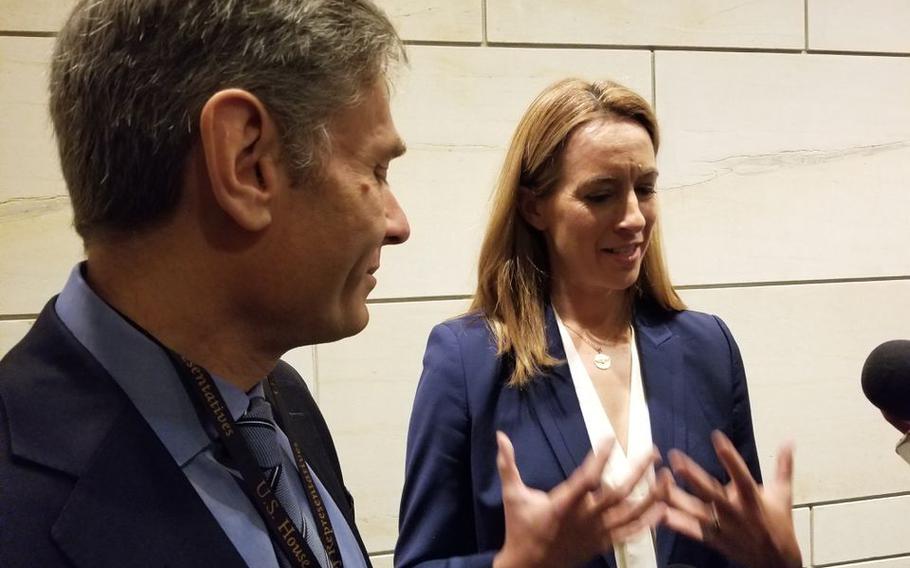 (Tribune News Service) — Russian President Vladimir Putin’s troop buildup designed to shift Ukrainian loyalties to east from west are having the opposite effect, according to two New Jersey representatives just back from a visit to that European nation.

Reps. Tom Malinowski and Mikie Sherrill, part of a congressional delegation that met with Ukrainian President Volodymyr Zelensky in Kyiv as well as European Union officials in Brussels, said Russian threats of an invasion are solidifying Ukraine’s ties with western European democracies while strengthening the post-World War II alliance between the U.S. and Europe.

“Putin could go down in history as the great unifier,” said Malinowski, D-7th Dist., a member of the House Foreign Affairs Committee. “He’s unified Ukrainians. He’s unified NATO and the European Union. He’s even unified Democrats and Republicans in Congress.”

Russia, which invaded Ukraine in 2014 and annexed Crimea, now has more than 100,000 troops along the border between the two countries.

Sherrill, D-11th Dist., said the earlier invasion healed any splits in Ukrainian society and showed the difference between democracy of Western Europe and the authoritarianism of Russia.

“Ukrainians have seen what happens when Russia takes over territory in their state,” said Sherrill, a member of the House Armed Services Committee. “People are very aware of what not living in a democratic society, not living with freedom looks like.”

“In the wake of 2014, the Ukrainian people really came together,” she said. “That’s now a key part of their national identity.”

Whether or not Russia invades remains an open question, Malinowski said.

“The one thing we know for certain is Putin wants us to believe he will invade,” he said. “That’s clearly the point of massing the forces he has. It may be because he wants to pressure us and the Ukrainians into making concessions.”

The problem, Sherrill said, is that Putin continues to have a Cold War view of the world, in which anything that helps the U.S. is a loss for Russia, and vice versa.

“It seems as if they’re still operating with that theory in mind,” said Sherrill, who served as a Russian policy officer while in the U.S. Navy.

Ukraine gained its independence after the Soviet Union collapsed and Putin has demanded the NATO alliance of western democracies agree never to add Ukraine as a member as well as pull back military forces from former communist countries in Eastern Europe.

“We would never support the idea that a country would have to back away from NATO to not be invaded,” Sherrill said. And if Putin insists that the former Soviet bloc countries return to Russia’s sphere of influence, Sherrill said it would be hard to come up with a diplomatic solution to the crisis.

But Malinowski, a former assistant U.S. secretary of state, said there could be a “diplomatic off-ramp” for Putin.

“We may be able to do enough to allow him to tell the Russian people that the Americans are at least willing to talk to him about these things,” Malinowski said. “We can make agreements: No deployment of missiles and weaponry close to the Russian border if those agreements are reciprocal. We can pursue arms control.”

In the U.S. Senate, Republicans and Democrats are very close to writing a bill imposing new sanctions on Russia should it invade. Malinowski said the congressional delegation, which contained Republican and Democratic lawmakers, likewise spoke in one voice.

They discussed ways of helping Ukraine, including economic assistance and military equipment like Stinger missiles to strengthen the country’s air defense, Malinowski said.

“We all delivered exactly the same message, that the United States is not going to stand for dictators changing borders with tanks and we’re going to work with our president to ensure that Putin’s regime pays a very significant cost if any of his troops move further into Ukraine.”