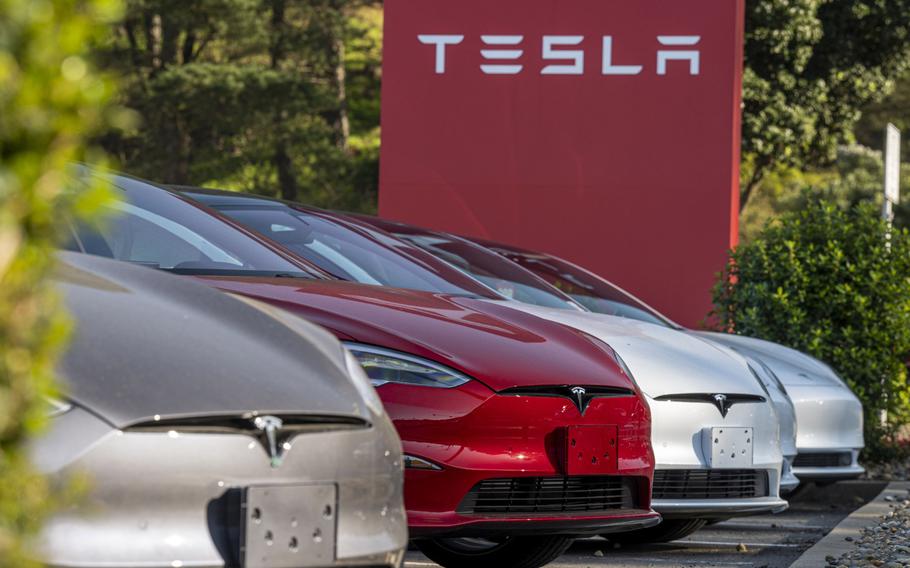 Tesla is disabling a feature of its so-called Full Self-Driving system that permitted its vehicles to slowly roll through intersections without coming to a complete halt when no other cars or pedestrians were present.

Tesla has released an over-the-air software fix after discussions with the U.S. National Highway Traffic Safety Administration, according to a recall notice filed online by the agency. The company is going to send letters to the owners. No accidents have been reported, Tesla told NHTSA.

Tesla shares were up 0.2% in premarket trading following news of the recall.

The company did not immediately respond to a request for comment.

The move reversed a feature Tesla added in October for beta users of its driver-assist system. The option let the owner chose from among modes named “chill,” “average” and “assertive,” according to The Verge.

The assertive mode permitted the vehicle to follow other cars more closely, perform more frequent lane changes and roll through stops at four-way intersections, according to the online publication.

According to documents posted by NHTSA, the rolling stop function permits the car to travel through an all-way stop intersection at up to 5.6 miles per hour if no other cars, pedestrians or bicyclists are detected by the system. It only engages when there is sufficient visibility and the roads intersecting have speed limits of 30 miles per hour or less.

The agency said it met with company officials on Jan. 10 and Jan. 19, 2022 to discuss the functionality of the feature and the company issued a voluntary recall to disable the feature on Jan. 20.

“Entering an all-way-stop intersection without coming to a complete stop may increase the risk of collision,” the agency said in the filing.

While Tesla has for years charged thousands of dollars for Full Self-Driving capability that it has said will live up to that name sometime in the future, the features are still in beta and humans must continue minding the steering wheel. During the carmaker’s earnings call last week, Musk said the self-driving capability will become the most important source of profitability for the company over time.

In September, Tesla drew criticism after it beamed an over-the-air software update to its vehicles aimed at improving how its driver-assistance system Autopilot handles crash scenes without initiating a recall.

The latest recall comes as NHTSA is in the midst of investigations into Tesla’s Autopilot and in-dash video game systems that were launched by U.S. regulators last year as NHTSA stepped up its scrutiny of Tesla.