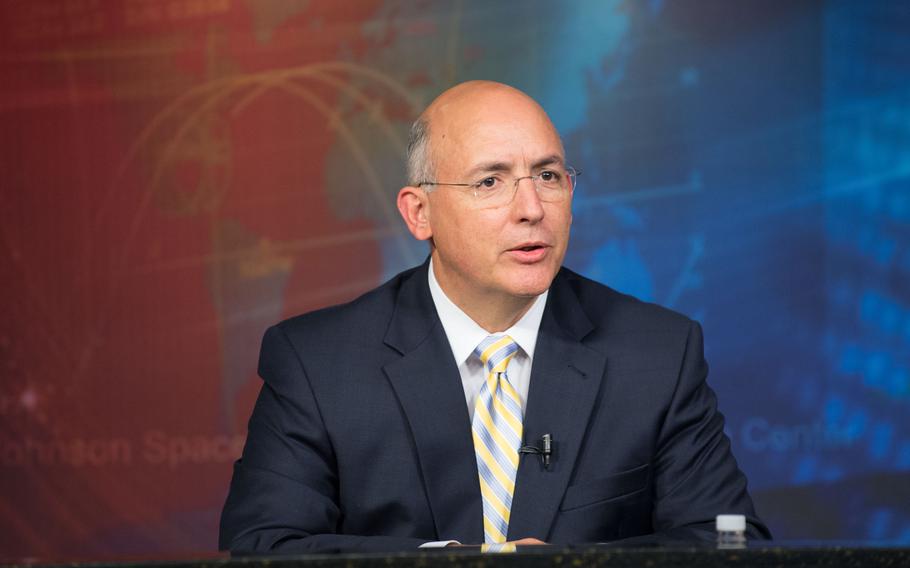 If Michael Suffredini is to get the price tag of the first private space station down to $3 billion - compared with the $100 billion it cost to build the International Space Station - the CEO of Houston-based Axiom Space has some decisions to make about what to outsource and what to build in-house.

"Building a potty is a simple concept," said Suffredini as he stood in cowboy boots and a blazer in front of a styrofoam mock-up of a space toilet that can extract water from urine for reuse. "But it's a hard thing to do." Nearby, a team labored around a wooden replica of the station's hexagonal shell turned on its side, with diagrams and sketches posted on the plywood interior.

Axiom figures it can bring down the cost of a space station significantly, largely due to advances in technology that allow for smaller components that reduce costs of blasting them to space and storing them. On the cluttered ISS, many components were added to the exterior, requiring costly spacewalks for maintenance.

"The international space station was built when we were still trying to figure out how to keep humans alive in space, so they were very, very conservative," said Suffredini, who speaks with the slightest hint of a Texas twang. He expects $3 billion will cover Axiom's first four modules and a power tower.

Axiom, founded in 2016 by Suffredini and space entrepreneur Kam Ghaffarian, stands out among the handful of space startups trying to build the first commercial space station, and not just because of Suffredini's 30-year NASA career that included a decade of managing the space-station program. In 2020, Axiom won the first and only NASA contract to build a detachable module for the International Space Station (ISS). It plans to eventually build its own station off of that module and put it into its own orbit before the existing station retires in 2030.

Andy Lapsa, a former engineer for Blue Origin and co-founder of Stoke Space, which delivers satellites to space with reusable rockets, said the competition for a commercial station in low-earth orbit is just one facet of the boom in space funding as the first tourists reached space last year.

"Jeff [Bezos] for a long time talked about an entrepreneurial explosion in space," he said. "You're starting to see that now. There's more than one winner."

But Axiom has a significant advantage over its competitors: it will be able to rely on its employees' expertise with the ISS and - more importantly - its power source. On the other hand, it also faces more stringent security requirements than free-flying space stations, at least while it's still attached to the ISS, according to Angela Hart, manager of NASA's commercial low-earth orbit development program.

If all goes as planned, Suffredini says the goal for the second half of the century is cities in orbit, with schools, stores, ponds and parks spinning around to create artificial gravity with centrifugal force - not unlike the station in Stanley Kubrick's "2001: A Space Odyssey."

While working at NASA, he met Ghaffarian, who was a contractor for the agency. "When Kam and I got together and started talking about different options, ultimately we kind of settled on what I knew about, which was building space stations."

The Iranian-born space mogul now has a trio of startups working towards different aspects of colonizing space. He began seed funding Axiom when he still owned contractor Stinger Ghaffarian Technologies, the second-biggest provider of engineering services to NASA, which he sold in 2018 for $355 million.

Axiom's series B round was led by C5 Capital and includes Declaration Partners, the family office of billionaire David Rubenstein. After reaching a valuation of $740 million in February, according to PitchBook, the company is now looking to close a C round, and is also considering an IPO or a SPAC.

Axiom has tripled its headcount at its 14-acre Houston headquarters to 392, and will aim to get to 600 in the coming year. Recent hires include Tejpaul Bhatia, who helped build the startup ecosystem for Google Cloud, as chief revenue officer.

In order to make money, Axiom will also offer space tourism, though it says most of its revenues would eventually come from companies and industries taking advantage of a microgravity environment. U.K.-based studio Space Entertainment Enterprise, which is producing Tom Cruise's upcoming space movie, announced on Jan. 20 a deal with Axiom to build an in-orbit studio.

Axiom slated its first entry to space for February, but recently moved it to March 31, due to additional spacecraft preparations and space-station traffic. For its first mission to the ISS in March, the crew includes American real estate mogul Larry Connor, Canadian entrepreneur Mark Pathy and Israeli tycoon Eytan Stibbe. The trip is costing each of them $55 million, according to Ghaffarian. It would be the first private astronaut mission in which the transportation vehicle is also private, according to NASA's Hart. Axiom contracted SpaceX for the launch, and has become the biggest private client of Elon Musk's space startup with four missions contracted. SpaceX did not immediately reply to a request for comment.

For Ghaffarian, creating an economy in low-earth orbit, and eventually on the Moon, is just the first step. "For the species' survival, it's better to be interplanetary," he said.

Suffredini says the company has been working to convince investors that the mission can be accomplished. "We're doing two things: building a follow-on space station but also helping to build a market," he said.