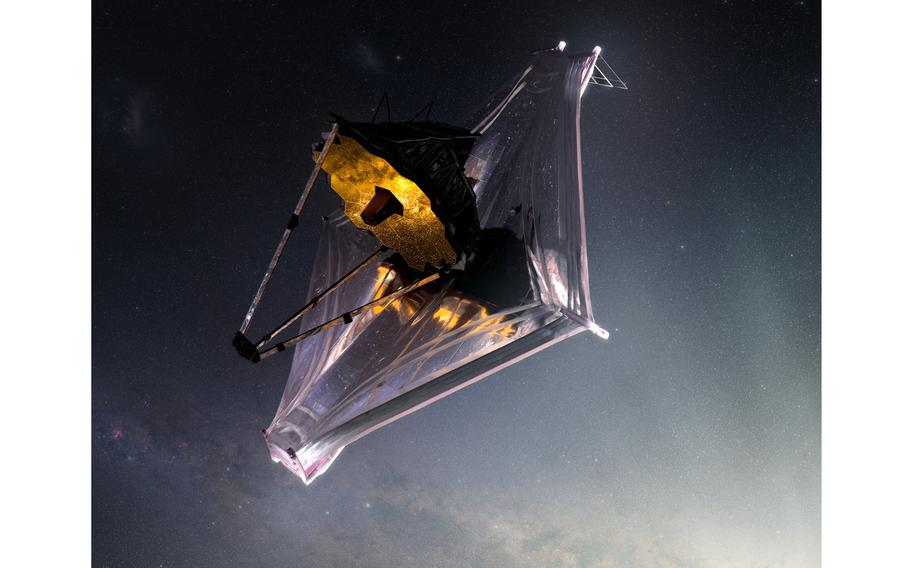 NASA’s revolutionary James Webb Space Telescope on Monday fired its thrusters for five minutes and reach its final destination, a special orbit around the sun where it will spend the rest of its life scrutinizing the universe and capturing light emitted soon after the big bang.

The telescope has been cruising through space for a month since its Christmas launch from Europe’s spaceport in French Guiana. The final course correction, the third engine burn since launch, placed the Webb in a gravitationally stable position known as L2, where it will always be roughly 1 million miles from Earth on the opposite side of our planet from the sun.

At 2:05 p.m., a NASA representative said the engine burn worked as planned.

The high-risk, long-delayed mission, burdened with ambitious astronomy goals and a $10 billion price tag, has gone spectacularly well, overcoming an eye-popping list of potential snags that had haunted the dreams of engineers for years. More challenges lie ahead, but the engineers and scientists are breathing more easily.

“Everything went according to script,” John Durning, NASA’s deputy project manager for the Webb, said in an interview Monday morning. “It was shocking. We expected challenges, as every mission does. What could possibly go wrong? Nothing went wrong.”

The Webb, launched in a folded position, has unfurled itself over the past month, deploying solar arrays, a sprawling multilayered sun shield and an array of 18 gold-plated hexagonal mirrors that collectively are designed to function as a light bucket with a diameter of about 21 feet.

Beyond the fact that the telescope seems to have followed commands from mission controllers to a T, the launch itself and two subsequent engine burns were so efficient that the Webb did not expend very much fuel to get where it is going. The extra fuel will prolong the lifetime of the telescope by years, well beyond its official 10-year target.

“We doubled the mission life. The budget was for 10 years. With this new estimate, we’re about 20-plus years,” Durning said.

The Webb will study the universe in the infrared portion of the spectrum, a region largely outside the range of the Hubble Space Telescope. The location 1 million miles from the radiance of the Earth will help keep the mirrors extraordinarily cold, always shaded by the tennis-court-sized sun shield.

By observing at those cold temperatures, the telescope can capture light emitted just a couple hundred million years after the big bang, estimated at 13.8 billion years ago. It should be able to see the earliest galaxies and study the evolution of the universe. And it will look at objects closer to home, including in our own solar system.

One scientist, cosmologist Michael Turner of the University of Chicago’s Kavli Institute for Cosmological Physics, said the Webb’s successes and its scientific promises have thrilled the astronomy community: “It has turned jaded scientists into little kids.”

But this has been an anxious time for everyone involved with the mission. The telescope was conceived in the 1980s and has been under development since the mid-1990s. It ran chronically over budget and at one point narrowly survived an effort in Congress to kill it. The original scientific goal — seeing wavelengths of light shifted into the infrared portion of the spectrum by the expansion of space — drove the unique design, including the umbrella-like sun shield.

“The simulations of the sun shield unrolling and the mirrors deploying were so scary that I and many other astronomers had to turn our heads like you do when watching a slasher film,” Turner wrote in an email.

NASA’s work is hardly finished. The agency needs to focus on the next challenge: focusing.

Right now, any image obtained by the telescope would be out of focus. Each mirror has seven devices that can adjust the mirror’s position, one nanometer at a time. Getting all mirrors aligned properly to create a clear image is a process expected to take three months.

Veterans of the Webb mission know all too well the tale of the Hubble Space Telescope, launched in 1990 and soon discovered to have a flawed mirror, one with “spherical aberration,” causing the images of stars to come with a resemblance to smashed spiders. The Hubble was famously fixed three years later when astronauts on the space shuttle replaced a secondary mirror that had been crafted to offset precisely the main mirror’s flaw.

The Webb, though, is too far away to be fixed and is not designed with the same modular, replaceable features as the Hubble.

Lagrange point 2 is not a fixed point in space — there is no such thing, a fact at the heart of Einstein’s theory of relativity. In space, everything is moving relative to other things. An object at L2 takes advantage of the combination of the Earth’s and sun’s gravity to orbit the sun in a single Earth-year, meaning the telescope will always be roughly the same distance from Earth.

“It’s a big deal for us to get to this final home,” said Scott Willoughby, program manager for the Webb at Northrop Grumman, NASA’s prime contractor for the telescope. L2, he said, “is the most natural place for us to be, where the Earth and the moon and the sun and all the orbital tugs on us want to keep us there.”

Turner, the cosmologist, wrote that the mood among scientists is “cautious elation.”

“The bulk of the single point failures have been retired but some remain,” Turner wrote. “It looks like a real telescope, but has to be aligned. Science wouldn’t start until the next five months of commissioning are done. But we are doing it, we being the human race.”