WASHINGTON (Tribune News Service) — A federal judge in Texas blocked the Biden administration’s vaccine mandate for federal workers nationwide Friday, in a ruling that leans on a Supreme Court order last week that stopped a similar rule for larger businesses.

U.S. District Judge Jeffrey Brown in the Southern District of Texas wrote that granting the preliminary injunction is about the authority of the president, and not about “whether folks should get vaccinated against COVID-19 — the court believes they should.”

“It is instead about whether the President can, with the stroke of a pen and without the input of Congress, require millions of federal employees to undergo a medical procedure as a condition of their employment,” Brown wrote in a 20-page order. “That, under the current state of the law as just recently expressed by the Supreme Court, is a bridge too far.”

The Supreme Court, in a 6-3 order last week, halted an Occupational Safety and Health Administration rule for larger businesses to either require vaccination or have a masking and testing policy early this year. The court concluded that Congress gave the agency the power to regulate workplace dangers but not health care more broadly.

Brown pointed to part of that Supreme Court ruling that held COVID-19 “is not a workplace risk, but rather a ‘universal risk’ that is ‘no different from the day-to-day dangers that all face from crime, air pollution, or any number of communicable diseases.’”

Applying the same logic means President Joe Biden did not have statutory authority to issue the federal worker mandate either, Brown concluded.

The Justice Department immediately filed a notice Friday that it would appeal the decision to the U.S. Court of Appeals for the 5th Circuit, and the issue of the injunction appears likely to go to the Supreme Court.

Also last week, in a 5-4 order, the Supreme Court did allow a Centers for Medicare and Medicaid Services vaccine mandate for health care workers at federally funded health care facilities.

In the three decisions in Texas and at the Supreme Court, the challenges to the Biden administration actions were at preliminary stages, when courts were deciding whether to allow the actions to go into effect while the lawsuits moved through the legal system.

Brown wrote that he made the injunction nationwide to avoid confusion, since the lead plaintiff in the case, Feds for Medical Freedom, has more than 6,000 members in every state and nearly every federal agency.

The initial lawsuit asking for the injunction says there are more than 1 million federal employees who would have to “either submit to forced vaccination pursuant to illegal mandates, or forfeit a career built up over years or decades of faithful public service.”

The Justice Department argued in the case that the vaccination requirement, “designed to stem the spread of this deadly and highly contagious disease within the federal workforce and among the millions of Americans it serves — fits comfortably within the President’s broad authority to oversee the Executive Branch workforce.”

The mandate, which includes a religious or medical exemption but without an option to get tested instead, was issued Sept. 9. The government initially said it would discipline noncompliant employees near the end of November, but put it off until this year and some of those actions are “imminent,” Brown wrote. 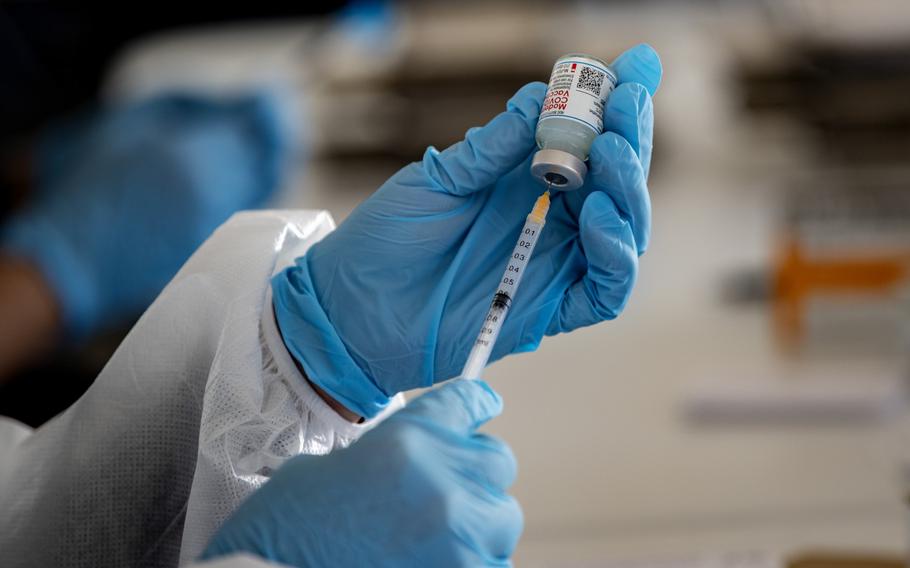