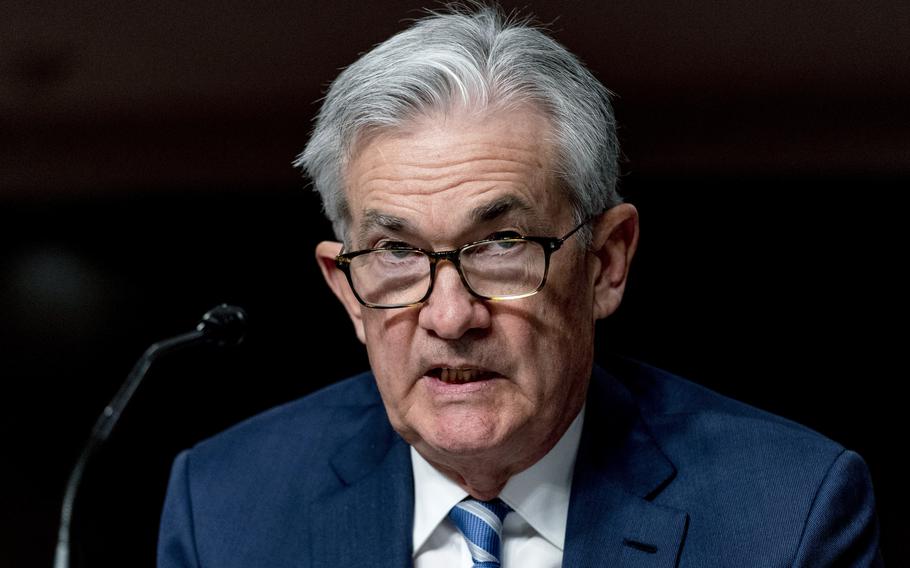 “We look forward to engaging with the public, elected representatives, and a broad range of stakeholders as we examine the positives and negatives of a central bank digital currency in the United States,” Federal Reserve Chairman Jerome Powell said in a statement accompanying the report. (Andrew Harnik/AP)

The Federal Reserve is taking the next step in weighing whether to launch a U.S. digital currency, issuing a report Thursday that explores the potential benefits and drawbacks of such a move without indicating where it will land.

The central bank is asking the public to provide feedback on the question over the next 120 days. And it said in any event, it would only seek to create a digital currency with “clear support” from both the executive branch and Congress.

“We look forward to engaging with the public, elected representatives, and a broad range of stakeholders as we examine the positives and negatives of a central bank digital currency in the United States,” Federal Reserve Chairman Jerome Powell said in a statement accompanying the report.

Top Fed officials themselves so far have appeared divided on the matter. Powell last year said the project would need to demonstrate “clear and tangible benefits that outweigh any costs and risks.”

Lael Brainard, a member of the central bank’s Board of Governors whom President Joe Biden recently nominated to become the Fed’s No. 2 official, has signaled more interest. She has framed the issue both as a competitive imperative for the U.S. internationally - China adopted its own central bank digital currency last year - and an opportunity to extend benefits to lower-income Americans who struggle to access the financial system.

Other progressive advocates of a digital dollar have focused on its potential to get cash quickly to Americans in financial straits but who lack bank accounts, a need highlighted by the challenge the federal government faced distributing relief money during the pandemic.

The specter that a government-issued digital dollar would open the door to the Fed offering banking services to consumers has drawn objections from the banking industry. Commercial banks have raised alarms the move could drain their deposits and destabilize financial markets. And while the Fed, in the Thursday paper, avoids firm conclusions about how it would proceed, it suggested it doesn’t favor offering accounts directly to consumers.

“Such accounts would represent a significant expansion of the Federal Reserve’s role in the financial system and the economy,” according to the report. Instead, the central bank indicated it would favor letting private companies offer digital wallets that would let consumers hold and spend the currency.