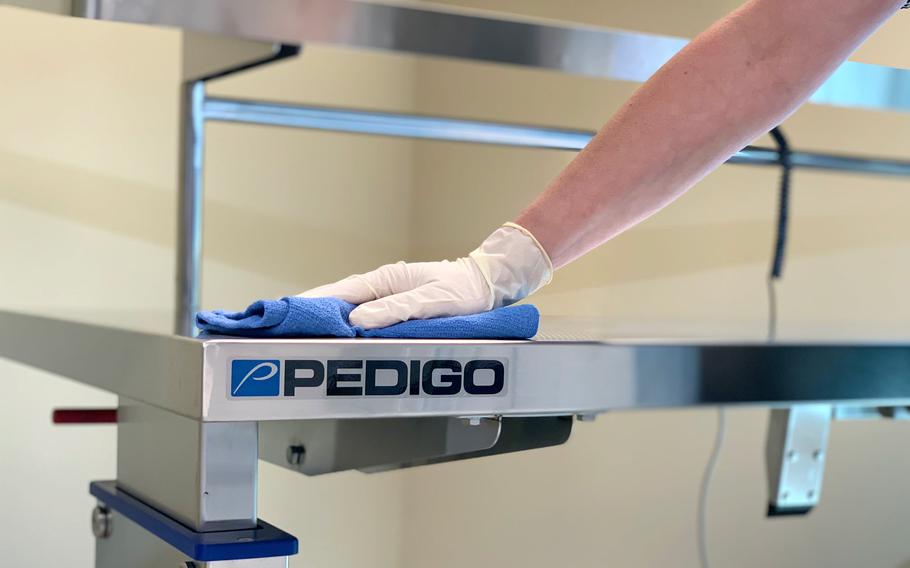 The electronic catalog is an online ordering portal, allowing the agency to order products from Pedigo's product list. Because it's a comprehensive contract, everything the company makes is included on that list.

The company originated in Southern California but moved its headquarters to Vancouver in 1993.

The Defense Logistics Agency is the combat logistics support agency for the Department of Defense. Its electronic catalog program aims to have multiple contracts for indefinite delivery and indefinite quantities of medical equipment from vendors. Pedigo was chosen as one of those vendors.

"We do everything here on-site in Vancouver," said Paul Andrewjeski, customer service manager at Pedigo.

"One of the things that's important to government contracts is that we're American made," he added.

Not only is the equipment manufactured and assembled in Vancouver, but the raw materials used to make Pedigo's products come from the U.S., too. The company isn't the only one in the U.S. making hospital equipment, but there aren't many competitors.

"To have our entire breadth of products and the quality in manufacturing, there's really nobody else around," said Andrewjeski.

Because materials come from the U.S. and the products are made locally, Pedigo has a short supply chain. The 75-year-old company has long-standing relationships with its vendors. That's been a benefit.

"We have not had any significant supply chain disruption," said Andrewjeski. "So far we've been very fortunate in comparing what we're hearing about other people."

The company is, however, experiencing increased costs. Pedigo is seeing prices rise, just like people shopping at grocery stores are.

"We're feeling that, too," Andrewjeski said.

Pedigo primarily makes medical equipment in stainless steel, specifically focused on equipment needed in sterile processing and operating rooms. The company also makes products in an antibacterial copper alloy, corrosion-resistant castors for its products on wheels, and its rev-o-lu-tion cart that is used to transport surgical tools.