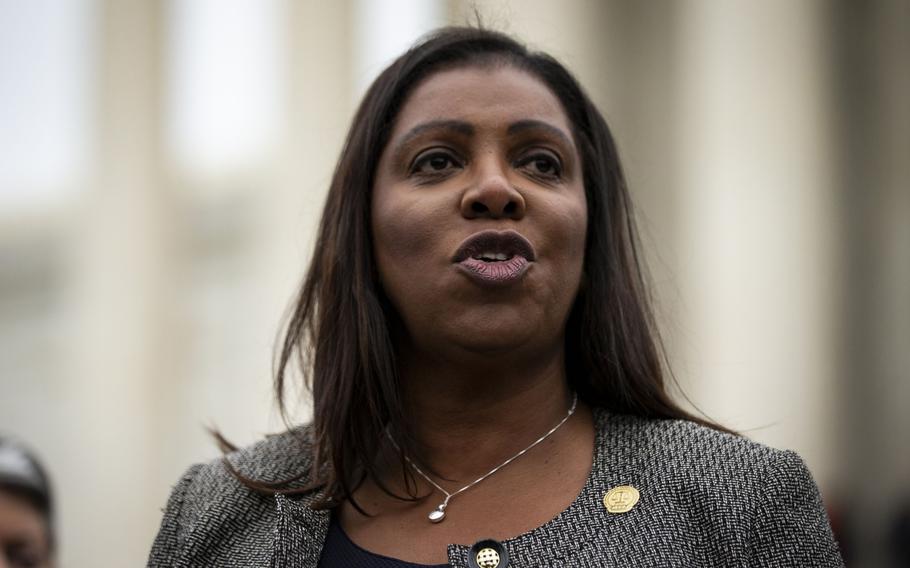 NEW YORK — New York Attorney General Letitia James alleged on Tuesday that former president Donald Trump's business inflated the value of his properties and misstated his personal worth in representations to lenders, insurance brokers and other players in his real estate empire.

James, a Democrat who is leading a civil probe into Trump and his business, spelled out the claims in a court filing late Tuesday that was offered in support of her bid to see Trump and his adult children deposed under oath.

In the nearly 160-page document, James cited examples of Trump allegedly lending his signature to financial statements that estimated the worth of properties in the Trump Organization portfolio and the value of his own fortune - estimates that James's team has long suggested were misleading and potentially key to taking legal action against the Manhattan-based company.

"Donald Trump, Donald Trump, Jr., and Ivanka Trump have all been closely involved in the transactions in question, so we won't tolerate their attempts to evade testifying in this investigation," James said in a statement released Tuesday night along with the documents.

James said that the trio's testimony is necessary to advance a probe that is based on at least 900,000 documents obtained from the Trump Organization, interviews with employees and other evidence.

The filings were in response to a motion to quash subpoenas to the three Trumps that demanded they sit for depositions and produce related records. Eric Trump, who along with his siblings has served as a high-ranking officer at the company, was deposed in late 2020.

Trump Organization attorney Alan Futerfas, who is representing Donald Trump Jr. and Ivanka Trump in this matter, argued that the subpoenas violate the constitutional rights of the family, which is also under criminal investigation in New York by the Manhattan district attorney.

Lawyers for the Trumps have also said that James has demonstrated a political bias, including in statements she made on the campaign trail and in other public appearances.

Futerfas said that in the submission on Tuesday, James's team "never addresses the fundamental contentions of our motion to quash or stay the subpoenas." 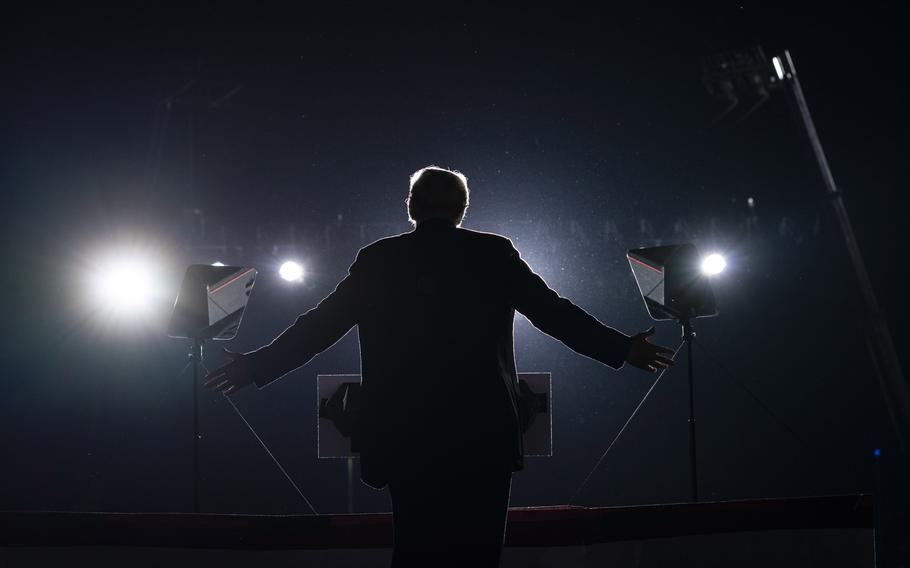 In a statement Wednesday morning, the Trump Organization accused James of trying to "mislead the public yet again" and said her allegations "are baseless and will be vigorously defended."

James has been investigating the Trump Organization's business practices for well over two years, including whether the business may have deceived lenders, insurers or tax authorities by providing inaccurate information about properties depending on the intended audience, according to court filings.

James and her office combed through statements of personal financial condition that were compiled by Donald Trump's accounting firm, Mazars, from 2004 until 2020. They discovered numerous alleged discrepancies between the actual condition of his properties and his assertions about them in the statements.

In her filing on Tuesday, James alleged that Trump's company provided statements to banks and insurers that included incorrect or misleading information on his Seven Springs estate in Westchester County, N.Y., his triplex in Trump Tower, his Scotland golf resort, his Westchester golf club, Trump Park Avenue in Manhattan, and his 40 Wall Street office building.

James also alleged that Trump's company passed faulty information to the Internal Revenue Service regarding his Los Angeles golf club and Seven Springs. Investigators argued that outside lawyers, appraisers and engineers helped generate millions of dollars in tax savings for Trump by misrepresenting the properties.

Trump's statements of financial condition have come under scrutiny previously. Trump's former attorney, Michael Cohen, told Congress in early 2019 that the statements had been given to Deutsche Bank. A month later The Washington Post reported on additional discrepancies in Trump's 2011, 2012 and 2013 statements.

Investigators also tied Trump directly to some of the conduct under investigation, showing that he personally signed off on a letter to one commercial lender regarding the value of his brand, which James alleged was faulty. In another instance Trump initialed and wrote "ok" on an email from his longtime chief financial officer Allen Weisselberg about agreeing to a lease as part of a refinancing of the 40 Wall Street property, according to the filing.

Weisselberg appears to remain a central obstacle in James's investigation, with the attorney general's office arguing in the filings that his unwillingness to provide information about Trump's role in the business made it more essential that Trump be compelled to testify. During testimony in September 2020, Weisselberg "invoked his Fifth Amendment right against self-incrimination to more than 500 questions over five-and-a-half hours," according to the filing.

James is also a partner in the long-running criminal investigation now overseen by recently sworn-in Manhattan District Attorney Alvin Bragg, D - a relationship that Trump and two of his adult children have pointed to as proof that evidence collected in the civil case can easily be shared with criminal investigators.

Tuesday's filing by the attorney general was in response to a Jan. 3 motion to quash subpoenas for the latest round of requested testimony and records. The Trumps have asked a New York State Supreme Court judge to void the subpoenas or at least put off their enforcement until the criminal case is over on the grounds that the two investigations are inextricably linked through James.

To sit for depositions with James's team at this stage would trample their rights against self-incrimination and would set a dangerous precedent, advocates for the Trumps have said.

As part of the criminal case James is pursuing with Bragg, investigators have brought in Trump's longtime accountant, Donald Bender, to testify in front of a grand jury convened by Bragg's predecessor, Cyrus R. Vance Jr., D, according to people familiar with the investigation.

Prosecutors have also interviewed Rosemary Vrablic, a former managing director at Deutsche Bank who arranged hundreds of millions of dollars in loans to Trump. One person said prosecutors pressed Vrablic about Trump's role in dealings with the bank. The people who described these interviews spoke on the condition of anonymity to describe an ongoing investigation.

Last year, Weisselberg and the company were indicted on charges related to an alleged tax scheme involving executive compensation. Both have pleaded not guilty, and it's not clear whether the criminal case - which now appears to be focused on the same type of asset valuation issues the attorney general is concerned with - will yield additional indictments.

James has said she is considering a lawsuit as part of her inquiry. A civil action by the state's attorney general could have considerable consequences for the Trump Organization's ability to operate, at least within the state where it is headquartered.

Recently, Trump, his family and his attorneys have unleashed a torrent of attacks on James, painting her as a partisan prosecutor acting outside the law in media appearances and a court filing.

At a political rally he held in Arizona on Saturday Trump said the country needed to "keep our prosecutors out of politics because this could work very much in the other direction also, and all it takes is a few more votes and it'll work in the other direction. And that would be very, very sad."

He then directed the crowd to view a video mash-up of James that included clips of her attacking Trump during her own campaign appearances and calling him an "illegitimate president."

In federal court in Upstate New York, an attorney for Trump and the Trump Organization filed a motion on Jan. 10 asking that James be barred from proceeding with her civil probe while the same court hears the former president's case against the state's top law enforcement official.

Trump and his company sued James in December, arguing that her pursuit is politically driven and a violation of his constitutionally protected rights.

In response to Trump's lawsuit, James said the filing was a continuation in a series of delay tactics by Trump that would not succeed at curtailing progress in the matter.

Trump attorney Alina Habba, who filed the lawsuit against James, went on the Newsmax cable channel on Jan. 10 to call James "a sick person" and say it was time for the court to say, "Look, now we're going to look into Letitia, we need to look into what she's been up to and why she's been doing it."