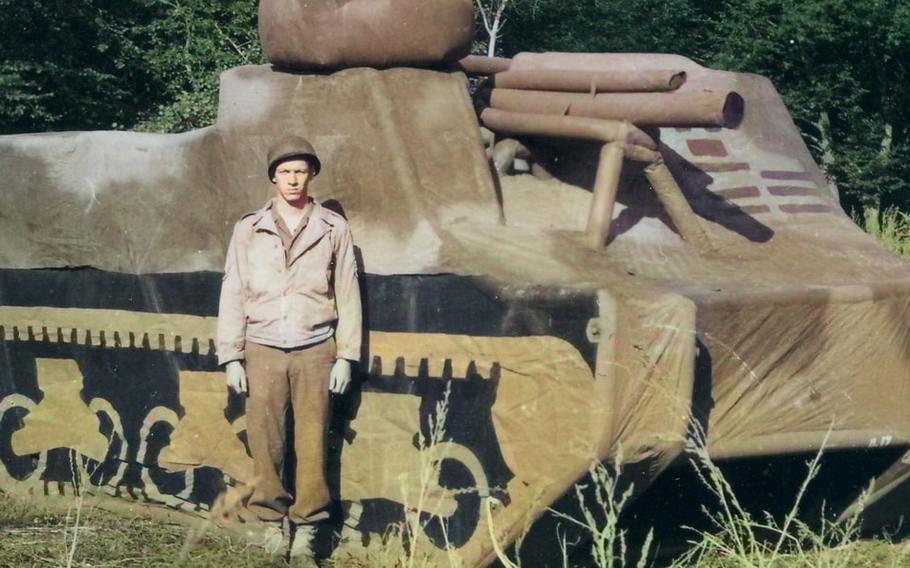 The Ghost Army Congressional Gold Medal Act to award the 23rd Headquarters Special Troops and the 3133rd Signal Service Company — colloquially known as the “Ghost Army” — with the top award of appreciation from Congress passed the House on Wednesday and it will now go to President Joe Biden’s desk to be signed into law. The bill passed the Senate on Dec. 15 unanimously.

“What made the Ghost Army special was not just their extraordinary courage, but their creativity,” Rep. Annie Kuster, D-N.H., said on the House floor. “Their story reminds us that listening to unconventional ideas like using visual and sound deception can help us solve existential challenges like defeating tyranny.”

The Ghost Army was kept secret for more than 50 years until its existence was declassified in 1996, according to the Ghost Army Legacy Project, a nonprofit organization that has been advocating for the unit’s national recognition for seven years.

The tactical deception unit staged more than 20 operations “often dangerously close to the front, in France, Belgium, Luxemburg and Germany,” according to a statement by the project. The Ghost Army is credited with saving approximately 30,000 lives with its tactics that diverted enemy attention from actual U.S. military advances.

The 1,100-person unit took creative risks, faking Army convoys, headquarters and whole divisions, deceiving the Germans to believe its small unit was one of more than 20,000 troops, according to the project.

Their tactics included playing recordings of moving armored vehicles to simulate the sound of operations at night, spoofing radio stations and sending out false Morse code “so that the enemy would never catch on that the real unit and its radio operator were long gone,” according to the project’s website.

In some cases, Ghost Army soldiers would trick adversary spies by spinning stories in local cafes in hopes that they would believe the false intelligence, according to the website.

One of their more notable operations in the final days of the war helped the 9th Army safely cross the Rhine River in a ruse that led Germans to believe false intelligence about when the U.S. troops would do so, according to the website.

One of the nine remaining Ghost Army veterans in the United States, 98-year-old Pfc. Bernie Bluestein, called the decision Wednesday by Congress “an honor.”

“I never in my lifetime expected anything like this. It completely blasts me,” Bluestein said in the statement. “I’m just sorry that there are not more of my fellow soldiers still alive that can be enjoying this as much as I do.”

The Ghost Army Legacy Project said it expects Biden to sign the bill into law within the next two weeks.

“Today’s vote was a big moment for us,” said Rick Beyer, president of the project. “But the real celebration will come when President Biden signs the bill and later when the [medal] is actually placed in the hands of the Ghost Army veterans.”