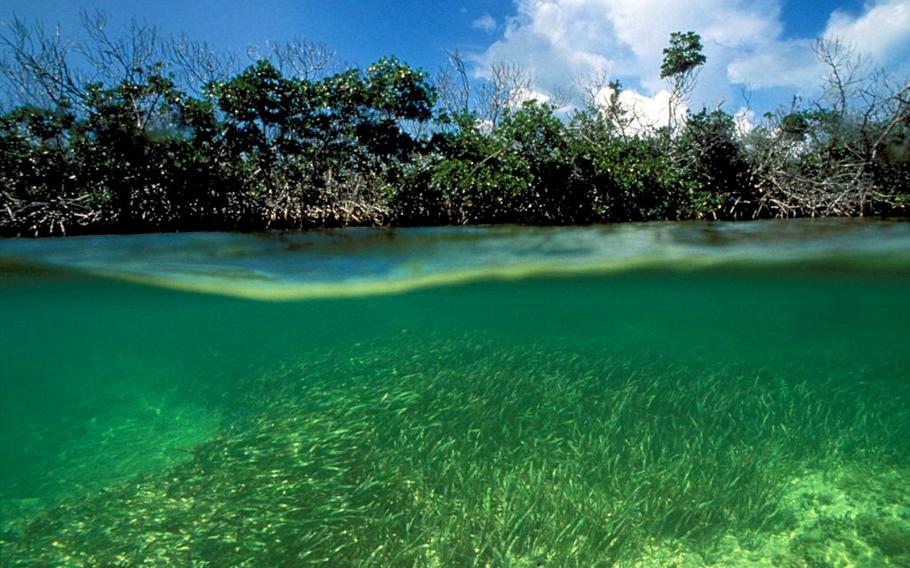 The money comes through the infrastructure law President Joe Biden signed into law in November and represents the single largest investment in the Everglades in history, according to the White House.

Florida’s congressional delegation split along party lines last year on the more than $1 trillion infrastructure package with only the state’s Democrats voting in favor of it.

The U.S. Army Corps of Engineers on Wednesday unveiled its plan for spending $17.1 billion in supplemental funding it received through the new infrastructure law for the 2022 fiscal year, which lasts through September.

At $1.1 billion for the year, the Everglades project is set to receive by far the most money from that funding pool than any other project listed on the corps’ 2022 construction work plan.

The funds for the Everglades restoration aim to increase the ecosystem’s resilience against climate change by storing surface water runoff and minimizing seepage losses during dry periods, according to the White House. It’s one of several projects

“This is enormous news, and allows us to set a course for quicker completion of the world’s largest ecosystem restoration project,” U.S. Rep. Debbie Wasserman Schultz, a South Florida Democrat, said in a statement. “It will enable the construction of resilient and multi-benefit projects that will increase the carbon sequestration capacity of the ecosystem and protect our communities and local economies for generations to come.”

Wasserman Schultz called the Everglades the “lifeblood of South Florida.”

U.S. Rep. Lois Frankel, another South Florida Democrat who supported the legislation, pointed to the Everglades as a crucial source of drinking water for the state’s residents.

“The Everglades is a beautiful and delicate ecosystem that serves as drinking water for more than eight million Floridians and home to hundreds of endangered plant and animal species,” Frankel said in a statement. “This new funding will significantly boost efforts to make sure that this unique and vibrant environment is kept alive and thriving for future generations.”

The Everglades project is one of several environmentally minded projects the corps will fund through the infrastructure law, which will also provide $163 million to restore the Caño Martín Peña urban tidal channel in Puerto Rico.

“President Biden knows that down payments now to bolster the resilience of our infrastructure to climate change will save Americans money in the long run,” the White House said in its announcement.

Although record-breaking, the $1.1 billion is still shy of the original bipartisan request for $1.5 billion co-signed by nearly all of Florida’s Senate and House delegation members. This money comes from $1.9 billion allocated to the Corps through the Infrastructure Investment and Jobs Act specifically for restoring aquatic ecosystems across the country.

The current total estimated cost for the largest part of everglades restoration, the Comprehensive Everglades Restoration Plan, is $23.2 billion. When it was first approved in 2000, the price tag was $8.2 billion. As the cost of Everglades restoration balloons, federal spending has fallen behind state spending. Florida has spent about $5 billion on CERP projects, while the federal government has kicked in about $2 billion.

This new billion-dollar allocation would give a boost to a critical project: the Everglades Agricultural Area Reservoir. The cost to build the massive reservoir, which would contain more than 10,000 acres of water with 37-foot walls, is supposed to be split between the Corps and the South Florida Water Management District. The EAA reservoir is designed to hold and treat the nutrient-polluted water from Lake Okeechobee, allowing it to flow south toward the Everglades rather than be blasted down rivers to the east and west, where it triggers harmful algal blooms.

The announcement of the Everglades funding comes a day after Florida Gov. Ron DeSantis accused the Biden administration of “short-changing Florida yet again” under the infrastructure law because the state will receive less money to repair its bridges than other states, including New York and Pennsylvania, which have less population than Florida but a higher number of bridges in disrepair.