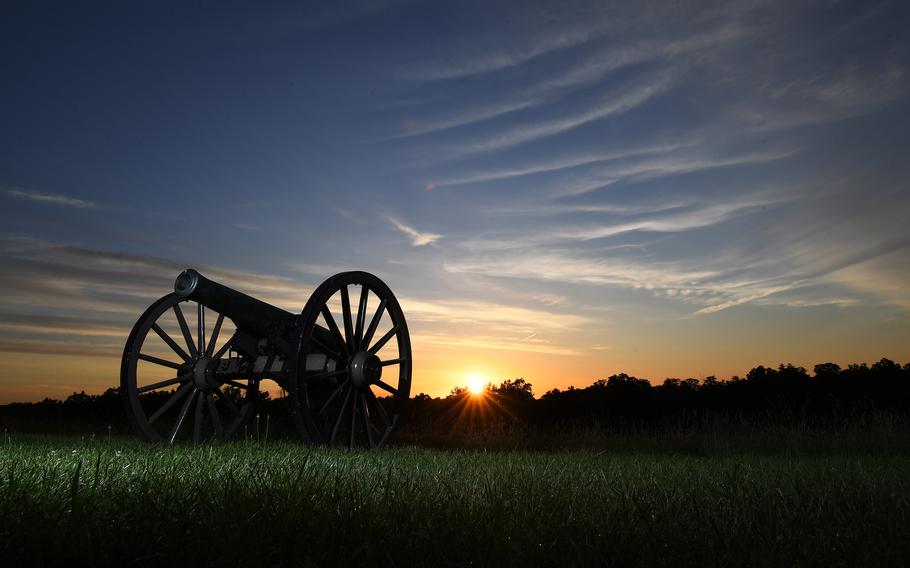 Residents along Pageland Lane once would have scoffed at the idea of their farms and regal brick homes becoming the site of a massive data center complex, given all the years of fighting to keep their rural oasis free of Northern Virginia's relentless growth.

But after a string of defeats that has left their Prince William County neighborhood filled with traffic and towering transmission lines, those residents are now hoping to sell their land so it can become a 2,100-acre hub to the world's Internet traffic.

"It's just gotten worse and worse," said Page Snyder, 71, who grew up on the farm she owns near a Civil War battle site and a sprawling retirement village whose development she and her neighbors opposed. "Basically, we've just thrown in the towel."

Their effort to convince the county to change its land use policy in a portion of western Prince William, where most types of new development have been restricted, sparked a fierce backlash in the broader community - pulling even documentary filmmaker Ken Burns into a larger debate about the changing identity of the fast-growing county that, elsewhere, is struggling with crowded schools and widening pockets of poverty.

With a 10-year review of Prince William's comprehensive plan for land use underway, the $8.4 billion data center industry that is largely anchored in Northern Virginia is central to that debate, particularly as the coronavirus pandemic fuels an increase in at-home work and online shopping that, in turn, has driven up demand for even more of the massive buildings whose servers make cloud computing possible.

Prince William - already home to 33 data centers with eight more under construction - is competing to become the industry's next major host as technology companies seek to expand beyond nearby Loudoun County, home to the world's largest concentration of data centers, with about 140 occupying 25 million square feet.

Along those lines, the Prince William board is reviewing the "Digital Gateway" proposal brought by 156 Pageland Lane-area property owners, including local Supervisor Pete Candland, R-Gainesville, who generated outrage from slow-growth advocates he has long championed after he reversed position and included his family's home in the proposal.

The Democratically controlled board is also considering expanding the boundaries of a 8,700-acre "overlay district" zoned for data centers that the county economic development authority says is running out of available land that technology companies might favor over properties in other jurisdictions.

"This is a chance to really bring in more commercial revenue," said Democrat Ann Wheeler, the board chair.

She argued that extra tax revenue from data centers - which generate $79 million a year for Prince William - would allow the county to ease its heavy reliance on residential property taxes to fund schools and other services.

With homeowner payments making up about 47% of the county's general fund, "Just to say: 'No, we're not going to do this,' is not responsible governing," Wheeler said.

Supervisor Jeanine Lawson, R-Brentsville, whose district is within the 117,000 acres of county protected land known as the "rural crescent," said there is something larger at stake.

The rural crescent - a home to bald eagles and towering Virginia cedar trees where development is mostly restricted to farming or one house every 10 acres - is one of the last remnants of Northern Virginia's shrinking countryside, Lawson said.

Opening it up to industrial development, "will forever change who we are as a county," she said. "There would be no turning back from this."

Snyder and her family are longtime veterans in the war to keep the Gainesville area rural. Page Snyder, owner of Pageland Farm, stands at the entrance of an unused horse barn in December. The power lines in the background are one reason she and her neighbors are now trying to convert their land into a 2,100-acre data center complex, sparking outrage from the broader community in a rural swath of Prince William County. (Sarah L. Voisin/Washington Post)

During the 1950s, Snyder's mother, Annie Snyder, unsuccessfully fought against county plans to turn Pageland Lane into a two-lane asphalt road, predicting that it would bring more traffic through the livestock and crop farms that dominated the landscape, her daughter said.

The following decade, the elder Snyder led a fight to defeat a proposal to build an auto racetrack near the Manassas National Battlefield Park that preserves the site of the two Civil War battles at Bull Run.

After that, the community beat back plans to develop an amusement park, a mega mall and, during the 1990s, a Disney theme park a few miles away.

"We've spent our entire lives fighting one thing after another," said Page Snyder, who joined her mother in the later battles.

Through it all, the area continued to grow, resulting in several new large residential developments, including the 1,863-home Heritage Hunt retirement community built during the 1990s on the site of a farm neighboring Snyder's.

Meanwhile, farming in Northern Virginia diminished, with wineries and microbreweries taking over. More traditional family farms began to rely on agritourism as they struggled to compete with larger corporate agricultural companies.

Pageland Lane became a convenient cut-through for the area's increasing traffic, including trucks from a nearby rock quarry that has supplied raw materials for the new construction.

In 2008, the Dominion utility company installed 500,000-volt transmission lines through the area - including the Manassas battlefield site - an upgrade in service that addressed the surge in demand for power, including from data centers in Loudoun.

Snyder and her neighbor Mary Ann Ghadban had led their community in a years-long fight to defeat a planned 10-mile ″Bi-County Parkway" along the edge of the battlefield site that would connect I-66 in Prince William to the Dulles International Airport corridor in Loudoun.

The $400 million state-funded project was indefinitely stalled in 2016 when the then-Republican-controlled Prince William board removed it from the county's list of long-term priorities.

But with state transportation officials and surrounding jurisdictions still favoring the bypass while the area's traffic grows increasingly worse, "we saw the writing on the wall," said Ghadban, who works as a real estate broker.

The surge in data center development - including a 103-acre parcel of land nearby recently approved for that use - opened a window. The Dominion transmission lines and underground fiber-optic cables already serving Loudoun's data centers make the Pageland Lane area ideal for that type of development, said the neighbors, who are either under contract or in discussions with technology companies for their land.

"We did not create this situation," said Ghadban.

"We all thought we'd get to die here," she said. But "it's time for Prince William to evolve."

The residents of Heritage Hunt have mounted the most intense opposition. 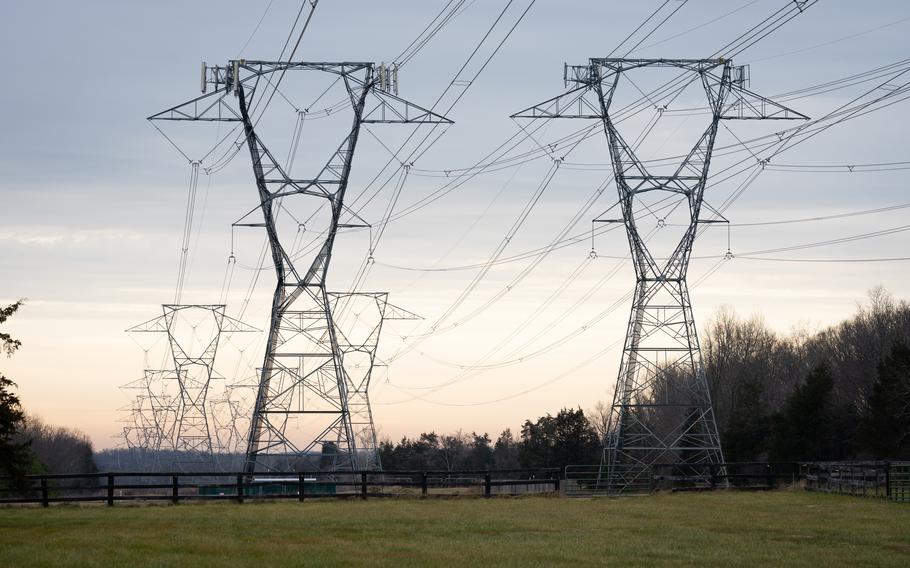 Most of the retired professionals in the 55-plus community - which includes an 18-hole golf course that's a short drive away from wineries and hiking trails - moved to get away from the bustle of the District and its inner suburbs, which they now see following them as more neighborhoods and businesses appear.

"We came out here for a certain lifestyle," said Bill Wright, 65, who has led his community's opposition to data centers. "And now it's about to be changed dramatically."

The Heritage Hunt residents - joined by slow-growth advocates, environmentalists and national park enthusiasts - argue that data centers are a threat to their quality of life, the local environment and the region's importance to Civil War history.

Data centers have typically been large one-or-two-story concrete buildings occupying as many as 100 acres of land, with a steady hum emanating from the massive equipment inside, though technology companies have been exploring ways to build more eco-friendly structures that blend into their surrounding environment.

Despite assurances in the Pageland proposal that any structures built there would follow that eco-friendly trend, the opponents argue that they will still potentially be visible from the battlefield site, and, therefore, harmful to its historical integrity.

"The idea is: They're very, very close," said Kyle Hart, the Mid-Atlantic field representative for the National Parks Alliance.

The Dominion transmission lines running through the battlefield site "are certainly less than ideal," Hart said. "But I don't think they ruin the character of the park the way 2,100 acres of data centers would."

The opponents have also challenged the economic development authority's assertion that the overlay district is running out of marketable land, and say the structures will add more urban runoff into the region's already damaged streams.

"In a time when you can least afford to destroy your environmental assets, this board is running us off a cliff," said Elena Schlossberg, head of the Coalition to Protect Prince William County slow-growth group.

Candland, who has represented the Gainesville district since 2012, is at the center of the acrimony surrounding the Digital Gateway proposal.

The outspoken supervisor surprised his supporters when he announced in a November Facebook post that he and his wife Robyn had signed on to the Pageland proposal.

All of their neighbors in the Catharpin Farm Estates development just off Pageland Lane had already done so after a July board decision to include their community in the study area for the potential land use change, Candland wrote.

That created the possibility of remaining behind "in a sea of data centers" and potentially losing what they invested in their home, he wrote.

"I can honestly say, this was one of the hardest decisions we've ever made," wrote Candland, who has since recused himself on matters related to the Pageland proposal. He did not return messages seeking comment from The Washington Post.

Some area residents have called on Candland to resign over the issue, which he has said he won't do.

Even Ken Burns, who documented the histories of the Civil War and the country's national parks in two of his films, got involved after Wright asked the filmmaker to write to the board chair, opposing the Digital Gateway.

"As a student and chronicler of American history for more than 40 years, I can attest to how fragile our precious heritage is and how susceptible it can be to the ravages of " 'progress,' " Burns said in his Jan. 5 letter, which data center opponents promptly circulated.

The Pageland Lane residents countered with their own statement titled "Ken Burns doesn't live in Prince William County and is living in the past," that criticized him for not hearing out their side.

A spokesperson for Burns, who lives in New Hampshire, said he stands by the letter.

While the Digital Gateway proposal makes its way through a county review process and a study of the data center overlay district's boundaries continues, the two sides agree on one thing: the Gainesville area is no longer a rural paradise.

Tim Kissler, a neighbor of Candland's, said he is greeted by "a major traffic jam" along Pageland Lane every morning when he leaves his home for work as a real estate developer. More than 5,100 vehicles pass through per day, according to the state transportation department.

"Everybody likes it here," said Kissler, who has overseen the Catharpin Farms portion of the Digital Gateway proposal. "The problem is: change has come and is coming and nobody wants to get left behind."

Denise Roberts said the debate has eroded the area's once-strong sense of community.

She and her husband signed on to the Digital Gateway proposal but are now against it, reasoning they won't get much for the renovated brick rambler they bought nearly five years ago.

"These are my friends that no longer talk to me because they think I'm trying to screw them out of $10 million or whatever they stand to get," she said. But "this is my dream home."