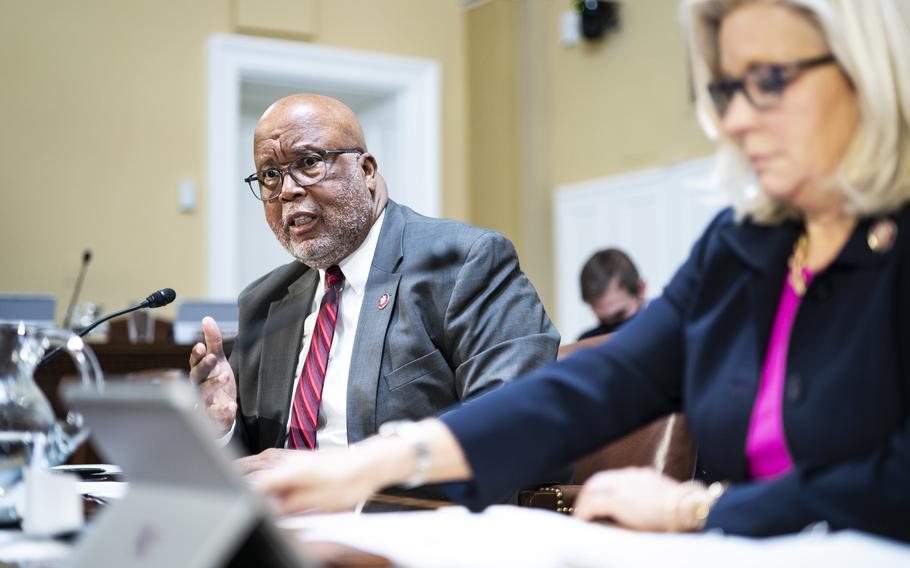 “We cannot allow our work to be delayed any longer,” said the committee’s chairman, Rep. Bennie Thompson, D-Miss., in a statement. “Two key questions for the Select Committee are how the spread of misinformation and violent extremism contributed to the violent attack on our democracy, and what steps - if any - social media companies took to prevent their platforms from being breeding grounds to radicalizing people to violence.”

Thompson said that despite months of engagement “we still not have the documents and information necessary to answer those basic questions.”

In a letter sent this week to Mark Zuckerberg, the CEO of Meta, Thompson cited reports that Facebook disbanded a Civic Integrity Team that was to focus on election misinformation “and reduced the application of tools used to restrain the spread of violent content. However, despite repeated and specific requests for documents related to these matters, the Select Committee still has not received these materials.”

A letter to Alphabet, formerly known as Google, asked for specific information regarding YouTube, a platform it described as providing “ significant communications by its users that were relevant to the planning and execution of January 6th attack on the United States Capitol.” The letter noted that Stephen Bannon live-streamed his podcast on YouTube in the days before and after January 6, 2021, and that images of the Capitol insurrection were carried live on YouTube.

“The Select Committee believes Alphabet has significant undisclosed information that is critical to its investigation, concerning how Alphabet developed, implemented, and reviewed its content moderation, algorithmic promotion, demonetization, and other policies that may have affected the January 6, 2021 events,” the letter said.

Twitter was similarly reprimanded in a letter accompanying the subpoena. Thompson writes that “Twitter has failed to disclose critical information ... For example, Twitter has not produced important documents relating to warnings it received regarding the use of the platform to plan or incite violence on January 6th.”

Similar complaints were lodged in a letter to the CEO of Reddit which hosted “r/The_Donald,” which grew significantly on Reddit before migrating to a separate website in 2020. Thompson’s letter said that site “ultimately hosted significant discussion and planning related to the January 6th attack” and he criticized the company for not responding to previously requested information.

The Washington Post’s Gerrit De Vynck contributed to this report.