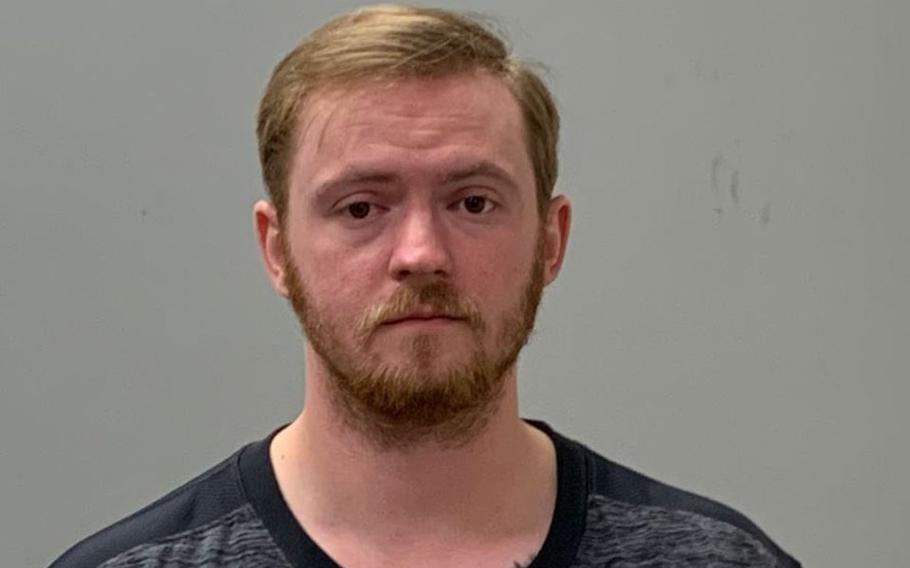 HUNTSVILLE, Ala. (Tribune News Service) — Huntsville Police Chief Mark McMurray said today that officers responding to the Friday slaying of Courtney Spraggins realized “within minutes” that officer David Michael McCoy, a Marine Corps veteran, was connected and “something was not right.”

“They turned in one of their own officers, that very minute, when they came to that scene,” McMurray said today during a news conference on the case.

“They weren’t holding anything back. There was no cover-up. And we initiated the (State Bureau of Investigation) process immediately.”

McMurray would not say specifically what it was that made officers suspect fellow officer McCoy, who has been charged with capital murder in Spraggins’ death last week.

McCoy, 28, is currently being held without bond in the Madison County Jail. He lived at the Weston Ranch Apartment Complex on Lawsons Ridge Drive in Huntsville where Spraggins’ body was found in her vehicle. According to Spraggins’ family, McCoy called 911 and reported that Spraggins committed suicide, claiming not to know her. However, investigators found McCoy’s pictures in Spraggins’ car, the family said.

McCoy was off-duty at the time of the shooting. Spraggins, who met McCoy on an online dating site, was seven months pregnant with their daughter.

McMurray said McCoy had been placed on administrative leave with the force, but is now considered, as of Monday, on leave without pay. McCoy is “no longer a police officer or an employee of the City of Huntsville at this time.” His police certification authority has also been removed.

According to McMurray, McCoy was a two-and-a-half year veteran with Huntsville police, having served in the Marine Corps. He was currently assigned to the department’s South Precinct, but had worked in the North Precinct previously. McCoy had been no disciplinary incidents during his time with the department, he said.

McMurray said he was notified of the incident and SBI was en route to the crime scene within an hour of it being reported on Friday. McCoy was not formally questioned by Huntsville police before SBI investigators arrived, he said.

Peek, who took no questions, said additional charges could be made against McCoy.

On Wednesday, one of McCoy’s defense attorneys, Richard Jensen, withdrew from the case after he reportedly requested a local television station cover his movie premiere in exchange for an interview.