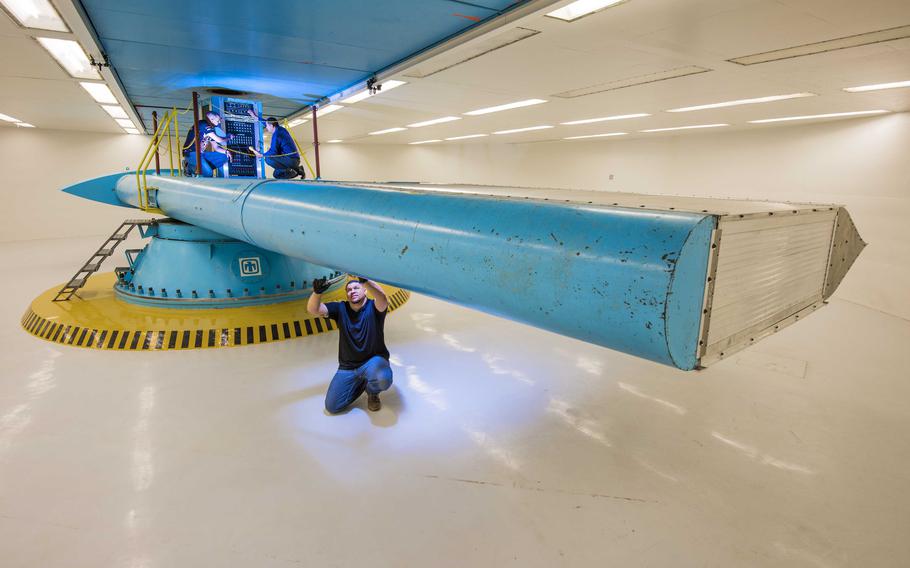 SANTA FE, N.M. (Tribune News Service) — Archbishop of the Archdiocese of Santa Fe John C. Wester recalls the sadness he felt upon seeing the Genbaku Dome, a remnant of the atomic bomb dropped on Hiroshima in 1945.

The domed ruin has been preserved in its damaged state as part of a peace memorial to the bomb's devastation, in which an estimated 140,000 people died. A second bomb dropped in Nagasaki killed as many as 74,000 people.

Wester said the monument struck a chord in him and the bishops who accompanied him on the trip to Japan in 2017.

"I recall hearing about the wrenching story of Japanese schoolchildren who rushed to the windows of their classrooms, attracted by the bright light of the atomic bomb detonating," Wester said. "One can only imagine their fate."

Wester told the story Tuesday at an online news conference to underscore the purpose of a pastoral letter he issued, decrying what he called a more dangerous second arms race and calling for nuclear disarmament worldwide.

He pointed to New Mexico's two national laboratories as contributing to weapons of potential mass destruction, especially with the budget growing for these programs.

Los Alamos National Laboratory is modernizing its plutonium facility to make more bomb cores, or pits, than it ever has. Sandia National Laboratories in Albuquerque makes nonnuclear components for weapons and other technologies.

A nuclear security agency is pushing to have Los Alamos make 30 plutonium pits by 2026. The agency also hopes to have the Savannah River Site in South Carolina produce an additional 50 pits by 2035.

A recently passed military spending bill will funnel $1 billion to the lab's pit operations — a sizable increase from last year's $837 million and more than triple the $308 million allocated in 2020.

Wester said the lab gearing up for greater pit production in the state he calls home increased his sense of urgency in issuing the antinuclear letter.

"Here is where the nuclear arms race really in many ways began — the manufacture and creating of these nuclear armaments — and having been to Japan and seeing the devastation that was caused by them," Wester said. "It's such an important topic that we really can't dally. The time is now."

In the letter, Wester contends the current arms race is more treacherous than the Cold War because of multiple nuclear threats from countries such as Russia, China and Iran.

Some nuclear experts share his concerns about proliferating threats. In a recent poll by Foreign Affairs, 20 of the several dozen experts surveyed believed more countries will obtain nuclear weapons in the coming years.

Wester said Los Alamos and Sandia labs could be converted to facilities that use their high-tech equipment and skilled workforces to bolster nonproliferation efforts, which could create new jobs.

"Pope Francis has made clear statements about the immorality of possessing nuclear weapons, moving the Church from past conditional acceptance of 'deterrence' to the moral imperative of abolition," Wester wrote in the letter's summary.

Wester said he knows dialogue about disarmament can be challenging because there are many points of view.

"I also know that all women and men of good will want peace," Wester said. "And the coming together to talk, to converse, to discuss is the only way to rid the world of the colossal threat that nuclear weapons are to our security, to life and to the common good."