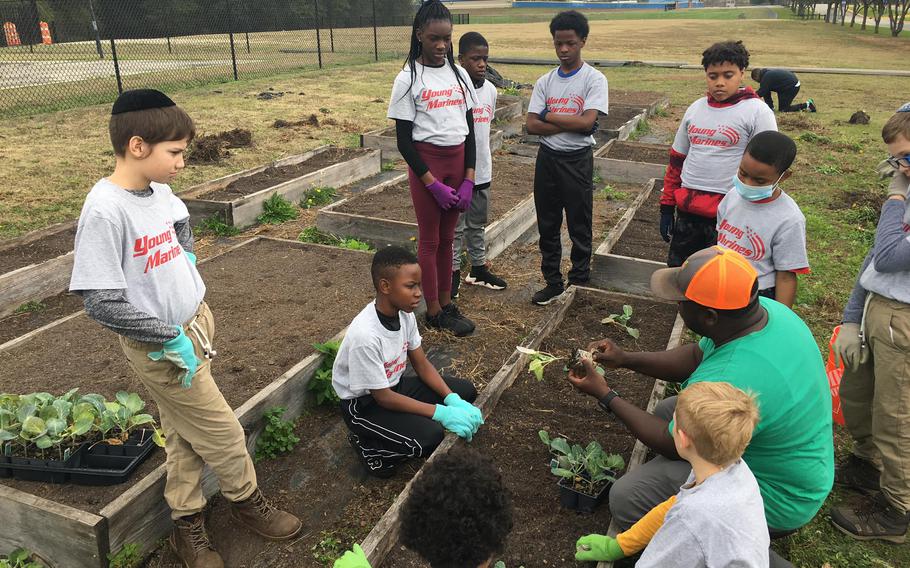 Community service also is a key component of the Young Marines, which was formed in 1959 and has more than 300 units across the country. (Albany Young Marines Facebook)

ALBANY, Ga. (Tribune News Service) — The U.S. Marine Corps has as a slogan — "Improvise, Adapt and Overcome" — that has come into play for a service-oriented youth program that is picking up momentum after numbers previously dwindled.

Things started looking up for the Albany Young Marines unit last year, with the numbers growing by five times during 2021.

"We restarted the unit pretty much last year," group Cmdr. Eric Crump said. "We had four at the beginning of 2021 and we ended up with 21 kids. It's growing, despite COVID."

Crump likened the Young Marines to the Boy Scouts, but with a Marines-based structure. Like the U.S. military, it is not restricted by sex and is open to girls as well as boys, ages 8 to 16.

"The core tenets of the program are leadership, teamwork, discipline," Crump said. "The Young Marines (program) is based off of Marine values, and of course, discipline is important. It's a program anybody can excel in as long as they apply themselves."

"It's not boot camp, but we give them basic skills over three or four months," Crump said.

The group meets twice a month on Sundays for several hours of training and drills.

Community service also is a key component of the Young Marines, which was formed in 1959 and has more than 300 units across the country.

"We did over 450 hours of community service last year, working with various organizations in the city," Crump said. "We're trying to give back to the community as well."

Volunteers, both retired and current military members, and other members of the community are important elements of the program, Crump said. The unit is on a trajectory to hit 40 or so members by the end of 2022, so the need for volunteers is growing.

The Albany Area Chamber of Commerce and YMCA are among the local Young Marines unit's sponsors, and recently the Phoebe Foundation assisted with the donation of two tables made by Dawson veteran Sheron Kendrick, who donates a portion of proceeds from sales to the Wounded Warrior Project.

"By having these tables, we can have an outdoor classroom," Crump said. "Even in the winter, like this past Sunday, we were able to get outdoors. It wasn't anything we were expecting. It was a nice surprise."

A uniform and supplies runs about $500 for each participant, so monetary contributions also would be helpful, Crump noted.

"We try to do as much as we can to cover the costs when we can," he said. "Some of the parents have more than one youth in the program, so it's going to be a challenge, of course, to cover those costs."