She’s a thrift store detective of sorts — she buys mementos and returns them to their rightful owners, free of charge 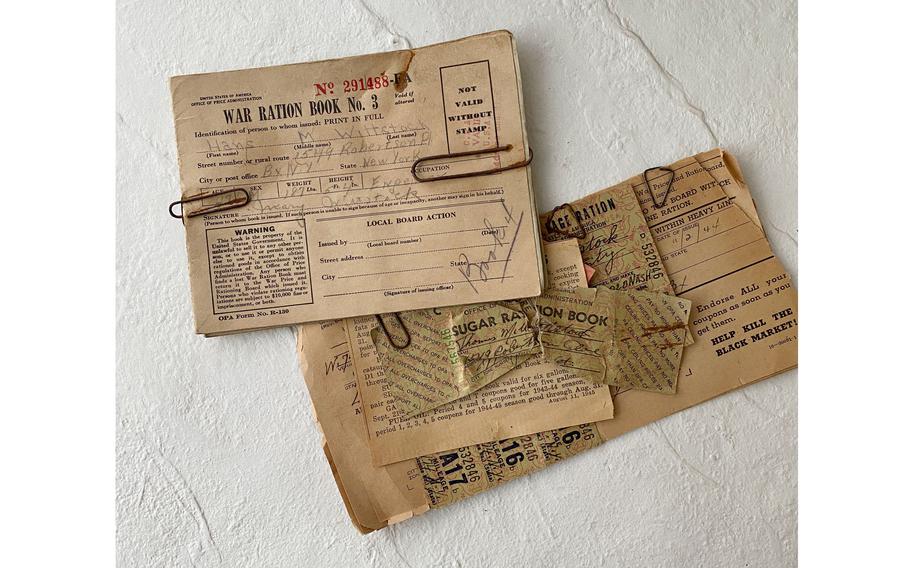 Chelsey Brown was at a Manhattan flea market last summer when she saw an old handwritten letter. On a whim, she decided, “I’m just going to buy this item for a dollar, take it home with me, and try to trace it.”

Within half an hour on a genealogy site back at her New York City apartment, she found the descendants of the person to whom the letter was addressed. She reached out to them and offered the long-lost letter, which they enthusiastically accepted.

“From that moment on, I just never stopped,” said Brown, 28, explaining her unusual hobby.

To date, she has returned hundreds of heirlooms; she stopped counting after she hit 190 in September.

As an interior designer specializing in budget-friendly decorating, Brown has long been a flea market fanatic. Now, though, she primarily uses her thrifting skills to sleuth for meaningful mementos — and reunite forgotten family heirlooms with their rightful owners.

She and her father, who is a trained genealogist, started working on genealogy cases as a father-daughter duo in 2019. They began with finding the family of a baby girl who was buried in 1938 in a New York cemetery, right next to Brown’s grandparents.

The Browns made it their mission to trace the baby girl’s lineage, and eventually they were able to find her living relatives, who knew she existed but did not know where she was buried. In an email response to the Browns, the baby’s niece said she is grateful to finally be able to visit the grave.

“Now she does not have to be alone,” the niece wrote to the Browns, they said.

“That’s when it all started for me,” Chelsey Brown said. “Those reactions are exactly what fuel me. That’s why I keep doing it.” 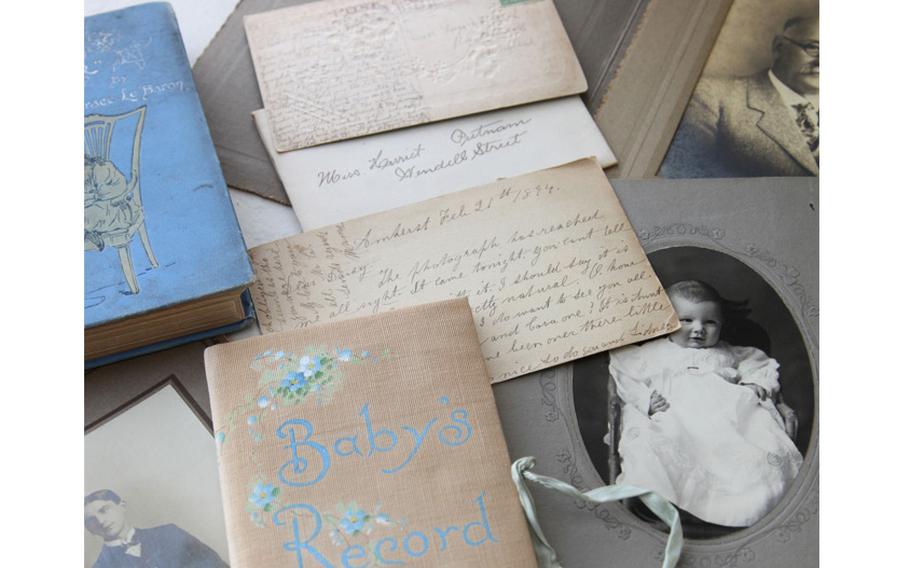 Some of the heirlooms Chelsey Brown is currently working on returning. Brown collects long-lost heirlooms and returns them to the descendants of their original owners. (Courtesy of Chelsey Brown)

Each weekend, Brown visits thrift stores in search of heirlooms such as long-lost love letters, books, high school diplomas and photo albums, which usually cost her between $1 to $5 each, depending on the vendor and the item. Brown covers the cost of the objects, as well as the postage fees to mail them to the descendants, which is usually an additional $8. She estimates she’s spent thousands of dollars on returns at this point.

“It’s something I love doing, and I’m happy to pay for it,” Brown said, adding that she has also partnered with MyHeritage, a genealogy platform, to work on some research projects.

“There’s nothing quite like the feeling of satisfaction that comes from returning a lost item to its owner,” said Roi Mandel, director of research at MyHeritage.

Brown said she is able to track down the descendants of about 80% of the items she finds, as she typically opts exclusively for things that contain some form of a clue, be it a name, date or other identifying marker. She then uses MyHeritage to build a family tree and scour for potential descendants.

Recently, she found an old Valentine’s Day card written by a woman to her husband, and returned it to the couple’s granddaughter. She also returned love letters from the 1960s to the woman to whom they were originally written — marking the first time Brown gave back an item to its original owner and not a descendant. She is now working on returning a baby journal from 1908.

“There’s an element of mystery to it,” Brown said. “Every possible story you can think of, I have probably come across it. It’s all about finding magic in everyday human lives.”

Of the hundreds of heirlooms she has collected so far, “there has not been one person that hasn’t wanted an item I’ve found,” Brown said. “That says something.”

Mary Jane Scott, who grew up in Arlington, Va., and now lives in Columbia, S.C., was one of Brown’s recipients of a long-lost heirloom. She received a message from Brown around Thanksgiving last year, asking if she was related to Hans Wittstock — who, indeed, was her grandfather.

Brown explained that she had retrieved ration books from World War II belonging to Hans Wittstock and other members of his family.

Given that the holiday season was approaching, “it was like a present,” Scott said. “We spent a lot of Christmases with my grandparents.” A letter written to Evan Konecky's mother in the late 1940s, which Brown recently returned. (Courtesy of Chelsey Brown)

Evan Konecky, who lives in Seattle, was equally thrilled to receive an unexpected message from Brown, explaining that she had found a letter addressed to Konecky’s mother from the late 1940s.

Although Konecky does not know who the letter came from, the sender “does thank my mother for her generosity and kindness, so I know it was real,” she said.

“It brought my sweet mom back to me for those minutes when I held that letter in my hand and was able to read it,” Konecky said. “Chelsey seems to derive a great amount of pleasure, but I think it’s nothing compared to the pleasure that she gives the recipients of these long-lost memories.”

Brown credits her father with getting her interested in the pursuit. For the past 25 years, he has had a personal pastime of helping strangers uncover their lineage.

“He has taught me so much,” Brown said of her father, who lives in Falls Church, Virginia, where she grew up and still regularly visits to see family and scavenge for more relics.

“I think there must be something in our genetics that we have a shared excitement about genealogy,” said Bruce Brown, 75. “Chelsey is experiencing the same joy I do.”

She said she wholeheartedly agrees.