27 people rescued from huge chunk of ice that broke away from shore, Wisconsin cops say 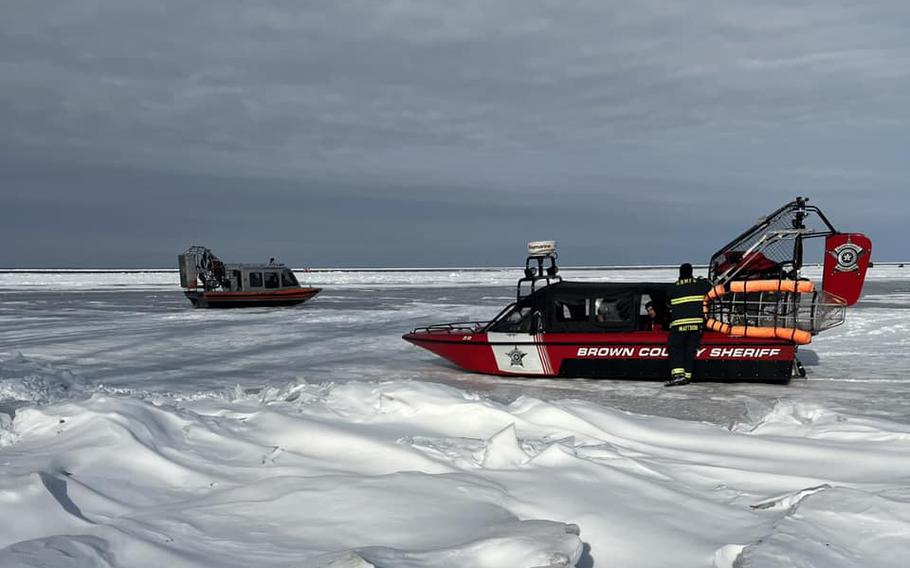 The ice broke away from the shoreline, carrying dozens out over the frigid bay waters, according to the Brown County Sheriff’s Office. (Facebook)

Rescue crews saved 27 people stranded on a large piece of ice floating off the shore of Point Comfort in Green Bay, police in Wisconsin said.

The ice broke away from the shoreline, carrying dozens out over the frigid bay waters, according to the Brown County Sheriff’s Office.

“Barge traffic yesterday appears to have weakened the ice along the east shore of the Bay, therefore, the ice should be avoided for all recreational use,” the BCSO wrote in a Facebook post, warning others to stay clear of the area.

One man caught on the ice floe, Shane Nelson, was ice fishing with a friend when a loud noise caught their attention, WLUK reported.

“It sounded like, almost, somebody fired a gun out there,” Nelson told the TV station. “We thought it was interesting, got out of our shanty, took a look and people were yelling on the ice we’re separating.”

Nelson and the other castaways were rescued in a matter of hours, ferried back to shore a boatload at a time, police told WLUK.