Sotomayor made false claim that 'over 100,000' children are in 'serious condition' with covid 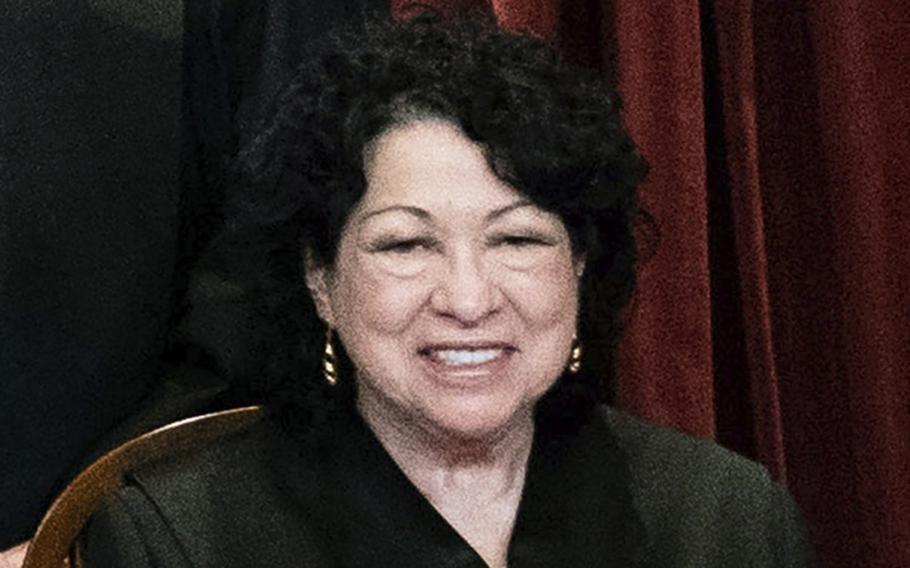 "Those numbers show that omicron is as deadly and causes as much serious disease in the unvaccinated as delta did. . . . We have over 100,000 children, which we've never had before, in serious condition and many on ventilators." - Justice Sonia Sotomayor, during oral argument at the Supreme Court, Jan. 7.

Several readers questioned these remarks by Sotomayor, made during a hearing on whether the Biden administration's nationwide rules ordering a vaccination-or-testing requirement on large employers were constitutional. Her remarks came during an exchange with Ben Flowers, Ohio's solicitor general, as he referred to a brief filed by the American Commitment Foundation, which argued that the rise of the omicron variant had made the vaccine rules less relevant because vaccines do not appear especially effective against it.

The brief in question sought to update the court on the latest scientific and technical information on the omicron variant, as that had emerged with force after the mandate was proposed. Epidemiologists Jay Bhattacharya of Stanford University and Andrew Bostom of Brown University helped advise on it.

Its key argument, citing data from countries such as South Africa and Denmark, was that omicron cases were 80% less likely to get hospitalized (South Africa) and three times less likely to end up with hospital admissions than the delta variant (Denmark). Moreover, the brief argued, the case fatality rate in South Africa plunged dramatically when omicron became dominant.

Flowers, who said he had been twice vaccinated and received a booster, participated remotely after testing positive for covid. His symptoms were said to be "exceptionally mild."

"My presence here as a triple vaccinated individual by phone" suggested "vaccines do not appear to be very effective in stopping the spread or transmission," he said, though he added that vaccines are effective at preventing "severe consequences." That's when Sotomayor interrupted him to assert "those numbers show that omicron is as deadly and causes as much serious disease in the unvaccinated as delta did." She argued that "saying it's a different variant just underscores the fact" a workplace rule was needed.

Actually, as we have shown, that's not what the brief said. In fact, it even argued that vaccinated individuals might be more likely to catch covid rather than unvaccinated individuals. (The brief refers mainly to people with two vaccine doses as "vaccinated," not people who also received a booster.) The brief suggests "this may be because unvaccinated, covid-recovered patients have better protection versus omicron than vaccinated patients who never previously had covid."

Nevertheless, the spike in cases has led to increased hospitalizations, Sotomayor noted during the exchange. Almost 30% of intensive-care beds are filled with covid patients as of Jan. 8, according the Health and Human Services Department data.

But then Sotomayor went off the rails: "We have over 100,000 children, which we've never had before, in serious condition and many on ventilators."

That's wildly incorrect, assuming she is referring to hospitalizations, given the reference to ventilators. According to HHS data, as of Jan. 8 there are about 5,000 children hospitalized in a pediatric bed, either with suspected covid or a confirmed laboratory test. This figure includes patients in observation beds. So Sotomayor's number is at least 20 times higher than reality, even before you determine how many are in "serious condition."

Moreover, according to the Centers for Disease Control and Prevention, there have been less than 100,000 - 82,843 to be exact - hospital admissions of children confirmed with covid since Aug. 1.

Still, the current seven-day average (Dec. 30-Jan. 5) is 797, which is a sharp increase from the week before (441) and represents the peak seven-day average for children, the CDC said. So Sotomayor is not wrong to suggest the rate of pediatric admissions is cause for concern. On Monday, the American Academy of Pediatrics reported a sharp rise in pediatric cases, with many of the children unvaccinated. (Some children are hospitalized for other reasons and then test positive for covid through screenings at the hospital.)

The Supreme Court media office did not respond to a request for comment.

It's important for Supreme Court justices to make rulings based on correct data. There has been a spike in pediatric cases with covid, even if the omicron variant appears less deadly. But Sotomayor during an oral argument offered a figure - 100,000 children in "serious condition . . . many on ventilators" - that is absurdly high. She earns Four Pinocchios.